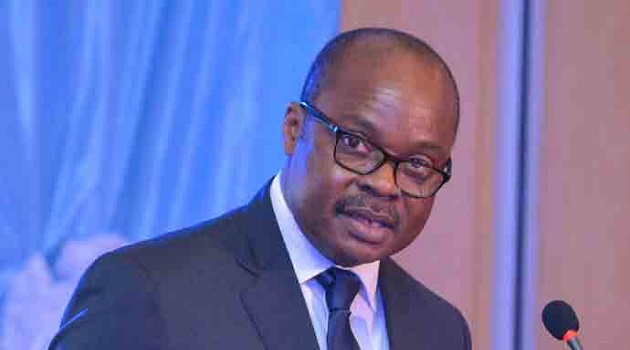 The growth rate in commercial banks’ deposits has slowed down amidst the reforms undertaken by the central bank to strengthen the sector.

The Bank of Ghana in its latest banking sector report stated that deposits, as the main source of funding for the banking industry, grew by 17.1 percent in October 2019, marginally lower than the 20.7 percent increase in the previous year.

The central bank report means that although bank total deposits still grew in the period under review, the rate of growth fell short of what was achieved a year earlier.

According to the report, domestic deposits grew at the same pace as total deposits to GH¢78.50 billion in October 2019 from GH¢67.04 billion in the previous year, while deposits of non-residents remained small at GH¢397.70 million from GH¢342.10 million.

The foreign currency component (denominated in Ghana Cedis) of total deposits, on the other hand recorded a higher growth of 22.4 percent in October 2019 to GH¢20.79 billion compared with a growth of 13.7 percent a year ago.

The report revealed that as of October 2019, banks in the country made a total profit of GHS2.83 billion which was a 45.3 percent increase in the figure recorded same period in 2018.

The regulator attributes this increase in profitability in the banking sector to the reforms it implemented over the last two years.

Similarly, the industry’s income statement recorded an impressive year-on-year increase in profit-after-tax on the back of stronger growth in revenue lines compared to operating expenses.

Private sector credit growth rebounded during the period under review, enhancing financial intermediation,” the Bank of Ghana commented in the report.

Of this, the stock of domestic assets increased by over 16 percent to GH¢111.5 billion in October 2019, while foreign assets reduced by 7.7 percent from the reduction in banks’ placements abroad.

Domestic assets remained the largest component in total assets with the share increasing to 92.2 percent in October 2019.

Deposits, the main source of funding for the banking industry, grew by 17.1 percent in October 2019, marginally lower than the 20.7 percent increase in the previous year.

Total banking sector deposits increased to GH¢78.9 billion in October 2019 which the Bank of Ghana believes is due to the renewed confidence in the banking sector following the reforms.

The BoG since 2017 has been implementing a number of reforms it insists will strengthen the banking sector. These reforms included the introduction of an increased minimum capital requirement which is now pegged at GH¢400 million.

Other reforms have evolved around loan reclassification and loan write-offs. These reforms among others have led to the regulator revoking the license of nine banks which felled foul of the regulator’s requirement.