‘Great days lie ahead of Dagbon’ – Akufo-Addo to Yaa-Na 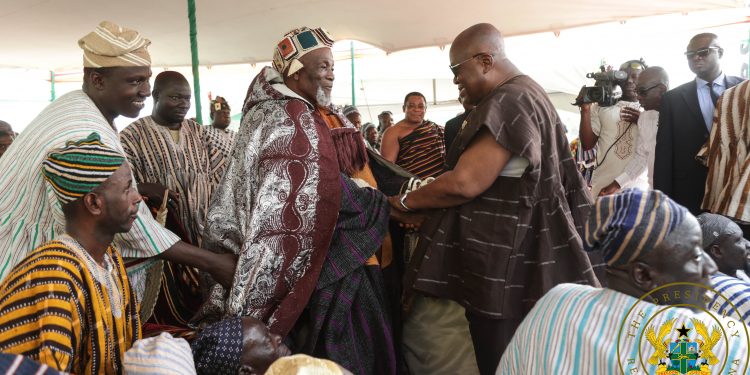 President Nana Addo Dankwa Akufo-Addo says the Overlord of Dagbon, Yaa-Na Mahama Abukari II, has, over the course of his enskinment nearly a year ago, proven to be a man of experience and dignity, and has discharged his duties with distinction so far.

President Akufo-Addo made this known on Thursday, 16th January, 2020, when Yaa-Na Mahama Abukari II paid a visit to the Jubilee House, the seat of the nation’s presidency, to thank him for his efforts at bringing lasting peace to Dagbon. 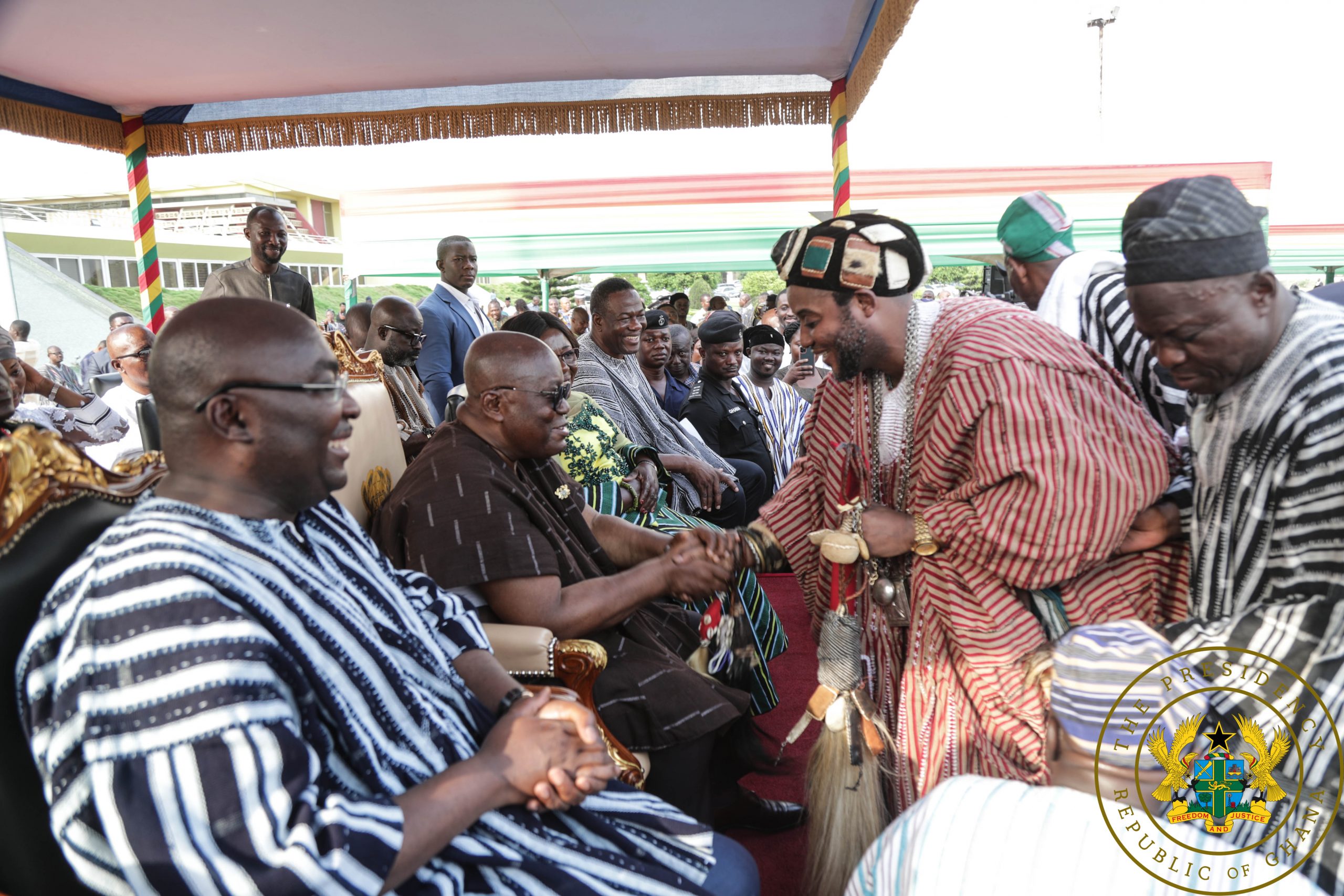 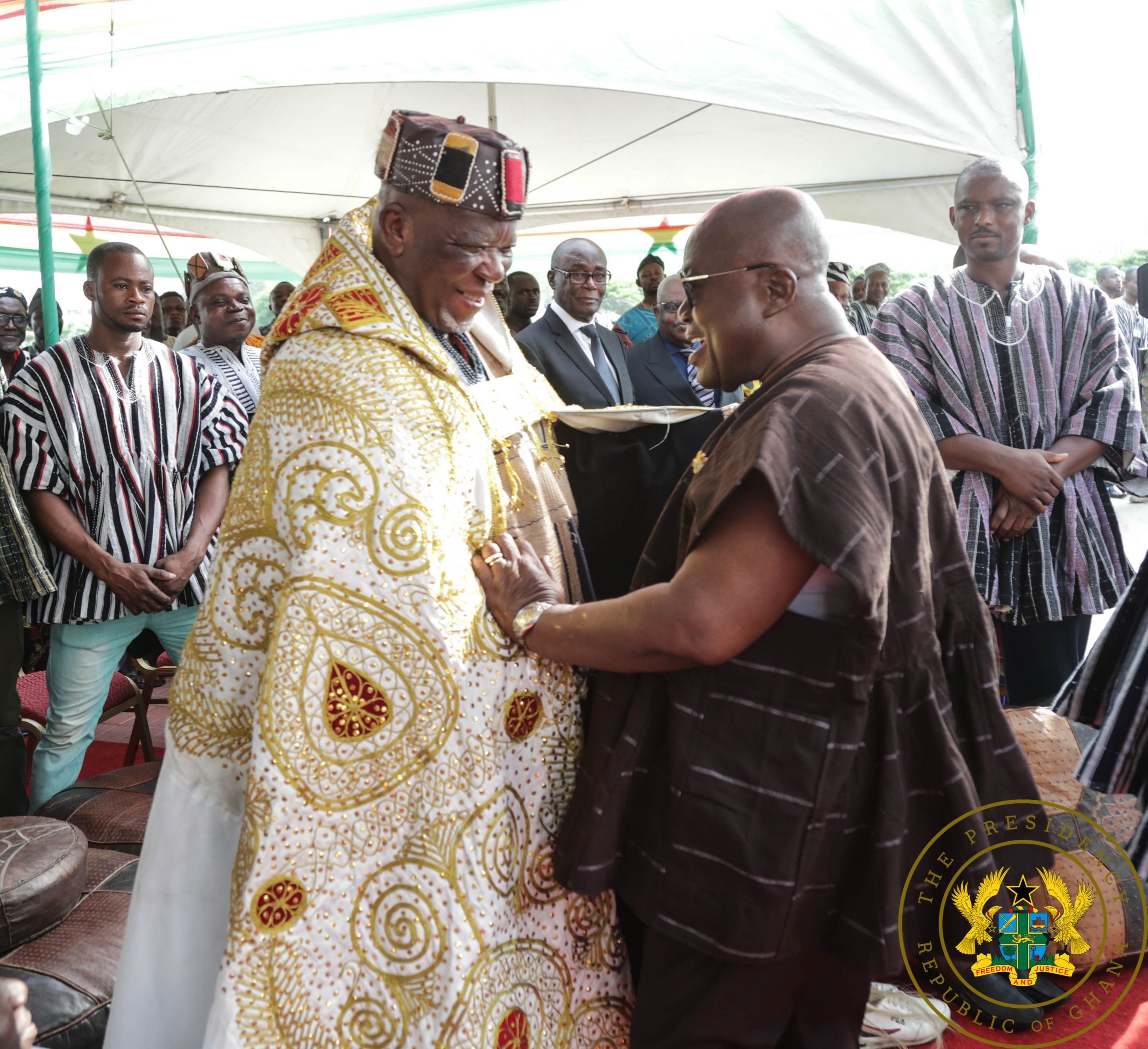 Addressing the gathering, the President stated that the policies and programmes being implemented by Government will guarantee greater days ahead for Dagbon under the new Yaa-Na.

“With Government determined to exploit and add value to the iron ore deposits at Sheini, to finish the 2nd Phase of the Tamale Airport project, to construct the Tamale Interchange, the first of its kind in the northern sector of the country, to see to the imminent completion of the Tamale Teaching Hospital, to upgrade the Yendi Government Hospital to a befitting status, to promote the sustainable development of agriculture in the area, and, soon, to commence the Yendi Water Project, it is evident that great days lie ahead for Dagbon under the stewardship of Yaa-Na Mahama Abukari II,” he added.

President Akufo-Addo, however, noted that fruits these developments can only be appreciated by the people of Dagbon if the peace being enjoyed there is nurtured and maintained, “and if chieftaincy disputes are not allowed to become a part of the fabric of the great state of Dagbon nor of any part of our country. Development can never take place in an atmosphere of chaos and confusion.” 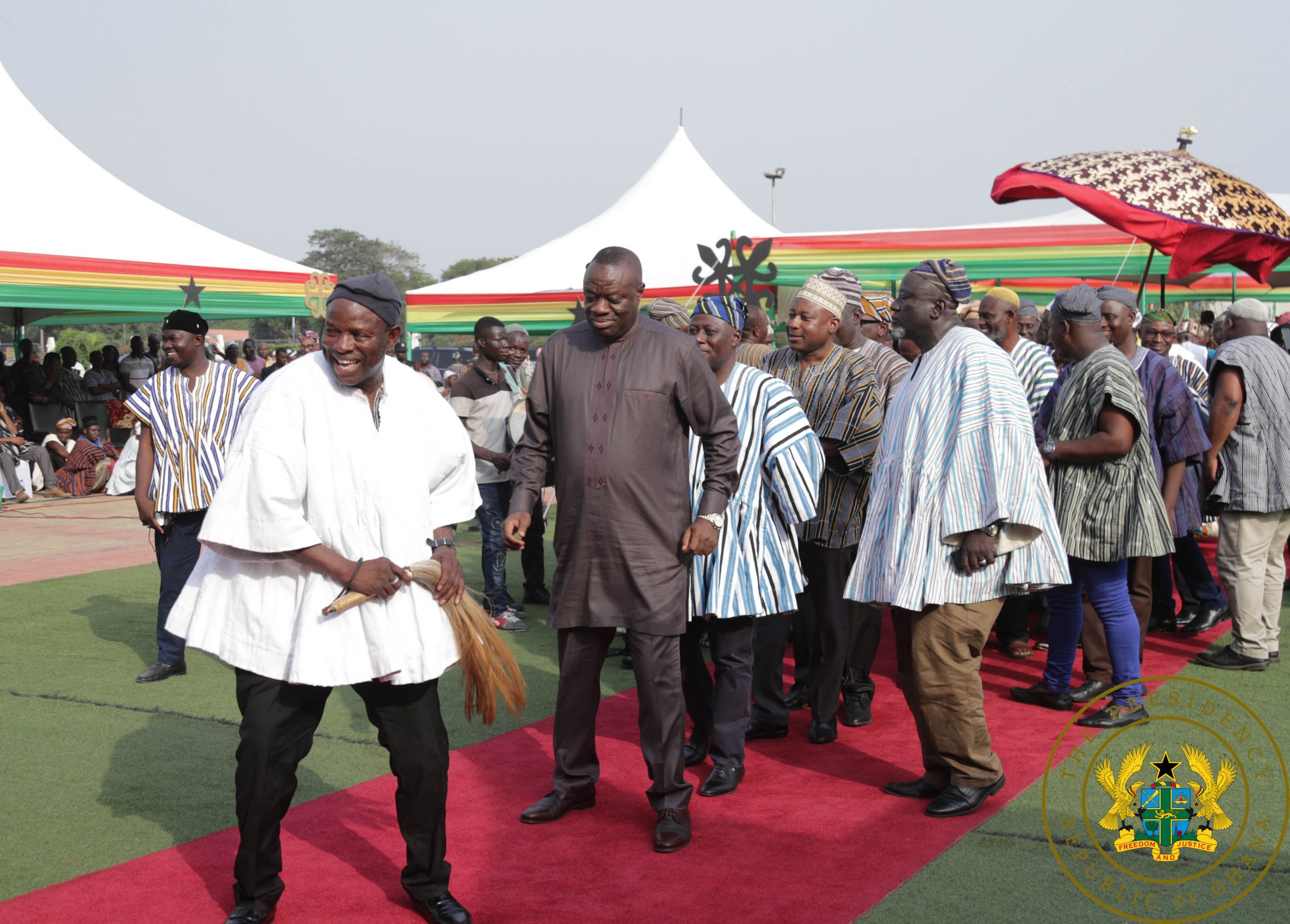 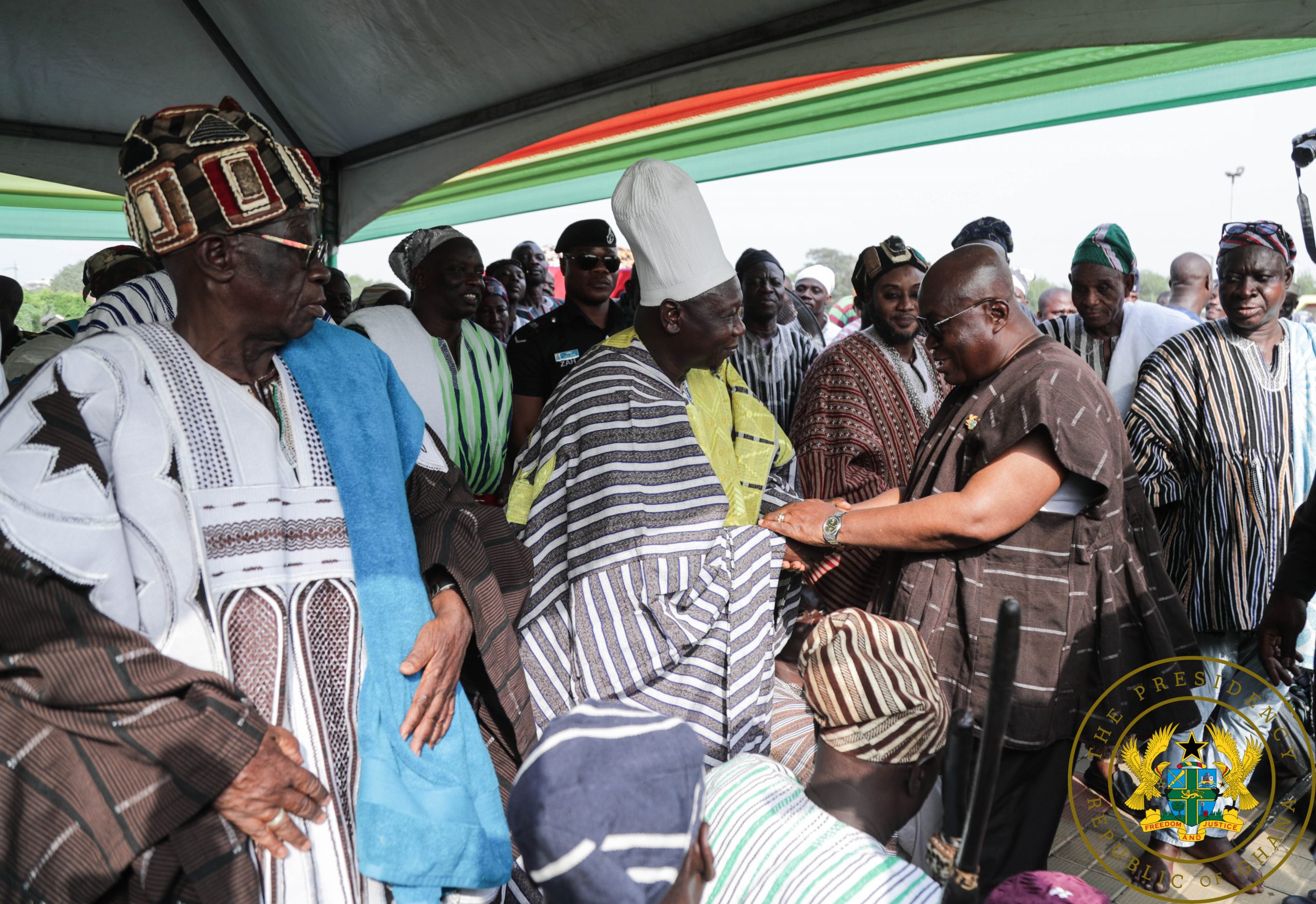 The President stated that the process of enskinning him, and, thereby, finding a permanent solution to the crisis in Dagbon, was made possible largely by the work undertaken by the Committee of Eminent Chiefs, chaired by the Asantehene, Otumfuo Osei Tutu II, the Nayiri, Naa Bohugu Abdulai Mahami Sheriga, and the Overlord of Gonja, the Yagbonwura, Tuntumba Boresa Sulemana Jakpa, with the work of the Committee having the strong support of Government.

He thanked the Committee of Eminent Chiefs for not giving up on the people of Dagbon, even when, at times, the situation seemed hopeless, adding that “their display of tenacity, statesmanship and patriotism is worthy of emulation by all, and I am certain that posterity will continue to applaud their efforts.”

With the visit of Yaa-Na Mahama Abukari II being the first by a sitting Yaa-Na to the seat of the Ghanaian presidency in many decades, President described it as “moment I will always treasure, just as I will always cherish, with gratitude, the title, Dagbon Malti Naa Abudani I, that you so generously bestowed on me for my modest efforts in helping to restore unity and solidarity to Dagbon.” 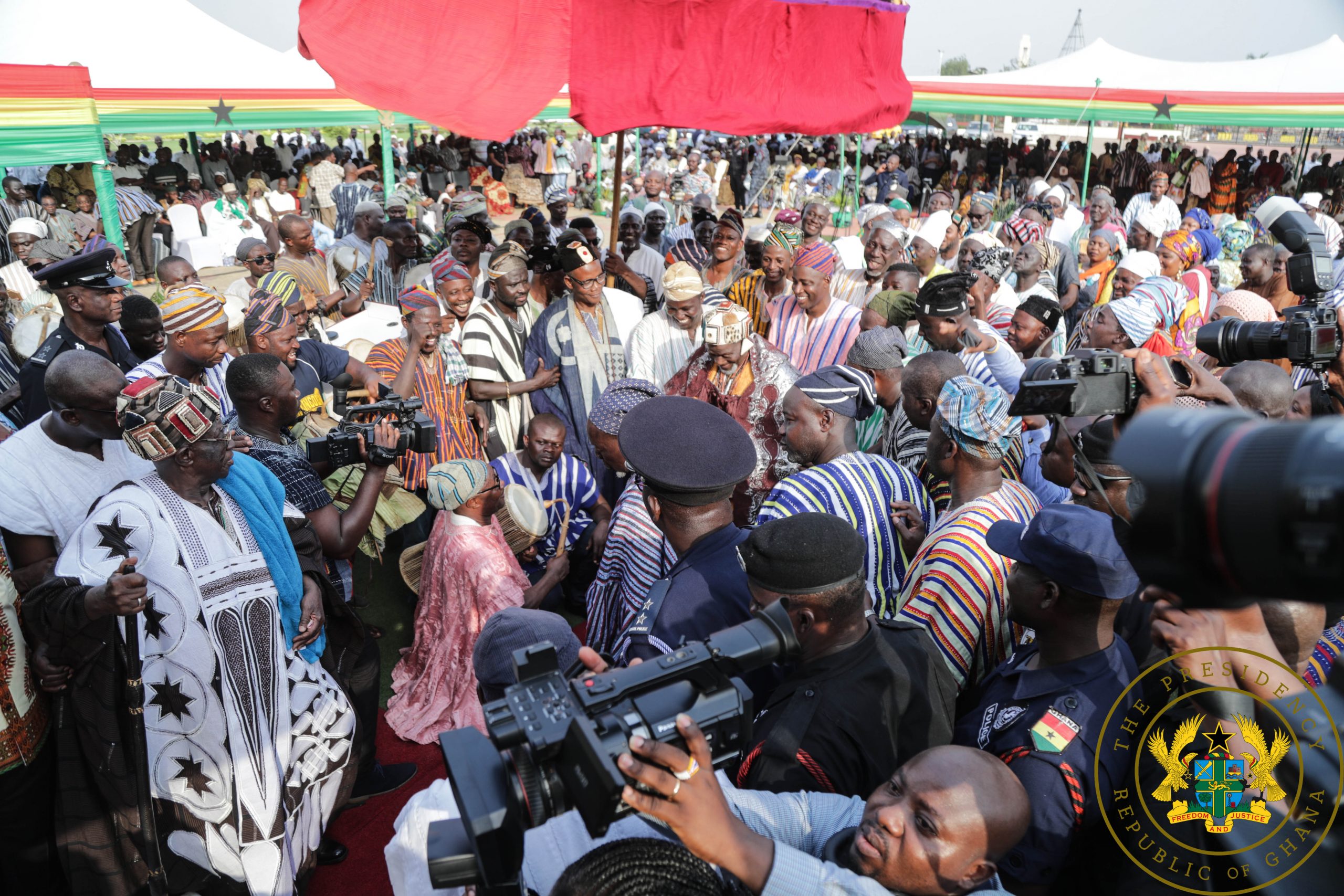 President Akufo-Addo reiterated his commitment to do everything in his power, so long as he is President, to assist the Yaa-Na to administer Dagbon in an atmosphere of peace, serenity and tranquillity.

“You deserve the support of all well-meaning Dagombas, and, indeed, all Ghanaians, for your efforts to rebuild this ancient kingdom,” he added.