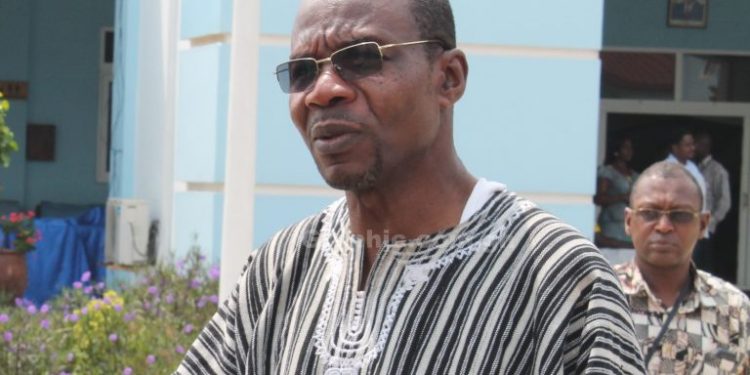 The Ghana Journalists Association (GJA) has called on the Police Service to intensify its investigations into the murder of investigative journalist, Ahmed Suale.

Speaking at the one-year commemoration of the murder of Ahmed Suale, President of the GJA, Affail Monney complained that the perpetrators of the act had still not been arrested.

He thus called on the Police to intensify its effort to apprehend culprits involved in the murder.

“The first believer of hope in presenting justice came from the Police CID which announced last year that two persons had been arrested for questioning. Our sense of hope was reinforced by the President who told a conference that the killers of Ahmed Suale would be found and prosecuted but this is yet to happen.”

“Given the solid human rights credentials of our President and unquestioning competence of the Ghana Police Service, we still sound optimistic and  have faith that the perpetrators of the murder will be found. We are hoping and trusting that the Ghana Police will do this to salvage our image and advance the cause of press freedom,” Mr. Monney said.

Meanwhile, the head of the Public Affairs of the Ghana Police Service, DSP Juliana Obeng said the police is not relenting on its efforts to bring justice to the family.

“The Police Service has not closed the docket on this case. Investigators on this case are working around the clock 24/7 and have also not grown cold feet on this matter. The Police administration is given the required attention. I encourage family members, friends, the media and the entire country to volunteer not just information but accurate information that will help the Police.”