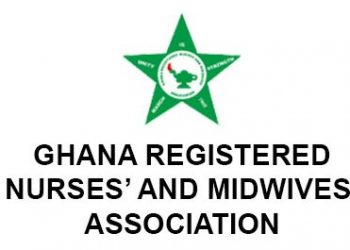 The leadership of the Ghana Registered Nurses and Midwives Association (GRNMA) says its members are demoralized following the death of the 37-year-old nurse at Ayoum in the Ashanti Region.

The Association’s executives have met with police to receive progress on their investigations after the death of Ruth Ama Eshun.

According to them, the recent development raises concerns about the security of nurses especially those who work in areas where their lives can be in danger.

Already, one person is in the grips of police as investigations into the matter continue.

“It came as a shock. It is very disturbing. Most of our members are demoralised. Because the question that we ask ourselves is whether that is how we should be paid for trying to save people’s lives? That shouldn’t be the case. Why should it happen to us like that? If you go to some of the facilities, they are all wearing red bands to show that we are down. Because now it has happened to Ruth, the next time it may be me or the other nurse,” he cried.

“So it’s time for us to ensure that the needed justice is ensured and the perpetrators are found and brought to book. That is all that we are crying for. They [the police] are the people being mandated by the state to ensure that our safety is being cared for. And as such, they are the people that can unravel the mystery behind this death of our colleague. from the interactions that we’ve had with them, we are very positive they will make headway. What we plead with our members is that they should remain calm but be resolute to ensure that we all fight for justice for our colleague.”

The lifeless body of Ruth Ama Eshun was found at Ayuom near Sewua in the Bosomtwe District of the Ashanti Region, a few meters to her home last week.

Ms. Eshun was last seen by her colleagues leaving the Sewua Health Centre, where she worked as a registered community health nurse, on Monday, February 3rd, 2020.

Relatives of Ruth Ama Eshun, who could not trace the whereabouts of the deceased after she closed from work that Monday found her lifeless body a day later.

Despite speculation, police are also yet to confirm if the deceased was raped before her death as being alleged by some Ghanaians.

One person has however been arrested so far in connection with the murder of the nurse.

The Association had earlier tasked the Ghana Police Service to intensify its investigations into the murder of Ms. Eshun.

President of the Association, Perpetual Ofori- Ampofo in a statement condemned the act.

“The GRNMA strongly condemns this dastardly and inhumane act and appeal to the Ghana Police Service to investigate this matter with the urgency it deserves and bring the perpetrators to book,” the statement read.

Meanwhile, there has been growing outrage on social media over the death of the nurse.

Ghanaians have since taken social media to demand expedited action from police.