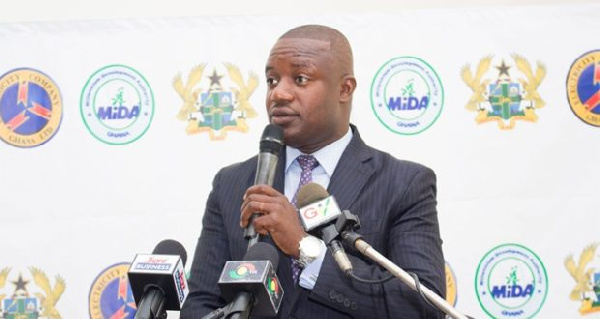 The opposition National Democratic Congress (NDC) has alleged that Ghana’s energy sector is struggling due to a GH¢15 billion debt.

A former Deputy Power Minister, John Jinapor, blamed the prevailing situation on the mismanagement of the sector by the current administration.

John Jinapor made these assertions at the NDC’s Policy Dialogue Series on the Energy Sector on Wednesday, February 12, 2020.

The Union expressed concern about debts owed them by the Electricity Company of Ghana (ECG), the Volta Aluminum Company (VALCO) and Northern Electricity Distribution Company (NEDCo).

The Chamber of Bulk Oil Distributors (CBOD) recently announced that Government had completed payments of all legacy debts owed it.

According to the Bulk Oil Distributors, the debt which had accrued for four years; between July 2011 and July 2015, was estimated at US$1.43 billion.

But the BDCs agreed to a slash off US$432 million, leaving about US$1 billion to be cleared via an agreed payment plan with the government.