Half of UK 10-year-olds own a smartphone 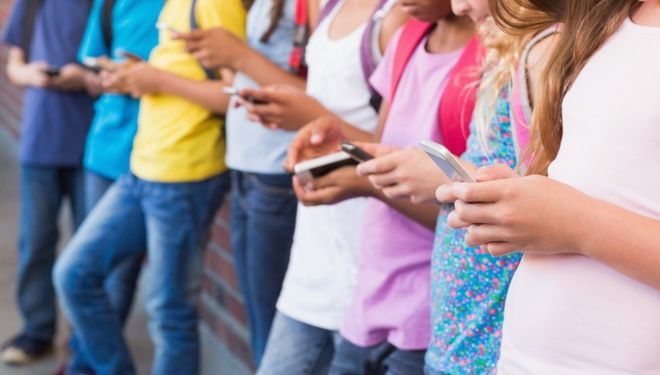 Fifty per cent of the UK’s 10-year-olds owned a smartphone in 2019, according to a report by media regulator Ofcom.

The amount of young phone owners doubled between the ages of nine and 10, which Ofcom dubbed “the age of digital independence”.

Ofcom’s annual report looks at the media habits of children, and the types of devices they are using.

The 2019 study was based on more than 3,200 interviews with children and parents around the UK.

“The mobile phone is the device of choice for children,” said Yih-Choung Teh, strategy and research group director at Ofcom.

“I’m conscious that for these children who have never known a world without the internet, in many respects their online and offline worlds are indistinguishable.”

The report also found that more older children were using social media to express their support for social causes and organisations, with 18% having shared or commented on a post, and one in ten having signed an online petition.

Ofcom dubbed this “the Greta effect” after the 17-year-old environmental campaigner Greta Thunberg.

Other key findings for 2019 included:

Ofcom also interviewed parents about their concerns. It found that 45% of parents thought the benefits of children using the internet outweighed the risks, but there was an overall increase in parental concern about young people seeing content that might lead them to self-harm.

Just under half (47%) of the parents spoken to were worried about pressure to spend money within games, especially on loot boxes, where the reward is not clear before purchase.

Of those parents with children aged between 5 and 15, 87% had sought advice about how to keep them safe online.

“We are seeing around half of 12-15 year olds saying they have seen hateful content online, and an increase in parents who are concerned about it,” said Yih-Choung Teh.

“The good news is, more conversations about staying safe online are also happening across the country.”

“While it’s encouraging that parents are talking to their children about their media use, we must look to tech giants to protect their users and ensure they are a force for good not bad,” said Andy Burrows, head of child safety online policy.