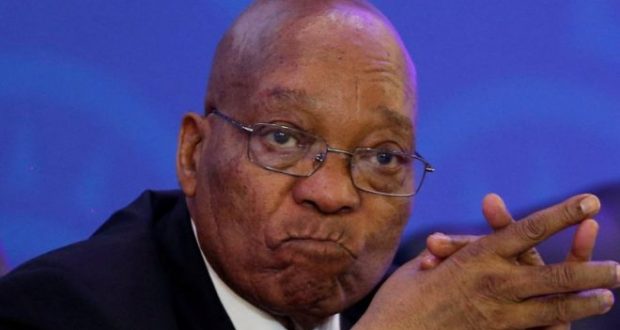 The Pietermaritzburg High Court has issued a warrant of arrest for South Africa’s former President Jacob Zuma after be missed a scheduled court appearance.

Mr Zuma, who has been charged with a string of crimes including corruption, racketeering and money-laundering was expected at the pre-trial hearing on Tuesday but was not present due to bad-health, according to his lawyers.

State lawyer Billy Downer, while arguing for the warrant, said the court would need to satisfy itself about Mr Zuma’s medical condition through an inquiry.

The National Prosecuting Authority (NPA) argued that his “sick-note” was inadmissible because the date on it seemed to have been altered.

The warrant, granted by Judge Dhaya Pillay will only come into effect if the court determines that Mr Zuma gave false evidence about his health or fails to appear in court on 6 May.

Mr Zuma has been charged with corruption linked to a 1990s arms deal.

The arms deal took place in 1999, the year Mr Zuma moved from being a provincial minister to deputy president.

He is accused of accepting 783 illegal payments from French arms company Thales through his former financial adviser Shabir Shaik who was convicted in relation to the same crimes.