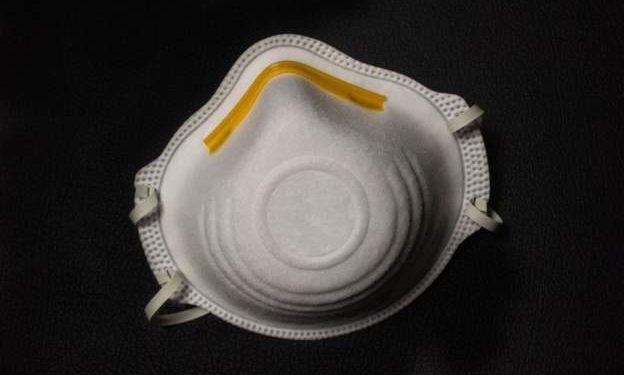 Ghana has confirmed at least 16 cases of coronavirus with anticipation of recording more as the race for contact tracing continues in earnest. Over three hundred and fifty persons have so far been identified as having come into contact with confirmed persons.

With the potential spread expected to rise, fear among some section of Ghanaians has brought to the knees some businesses, causing panic buying and hoarding as well as shortages.

Price hikes have become the most common phenomenon among traders of hand sanitizers, and disinfectants causing prices to increase of over three hundred per cent in most shops. A hand sanitizer which ordinarily sells for GHS 7 cedis now sells at GHS 23 – GHS 25 cedis. The most important item on the list of most people going for shopping are sanitizers, wipers, and disinfectants.

As roads and spaces usually occupied have become empty, isolation and social distancing have become the order of the day in pursuit of curbing the spread of the deadly coronavirus disease. While the World Health Organization (W.H.O) continue to spread the measures of how to stay safe and prevent the spread through their newsletters and other platforms, it is incumbent on affected countries to take their destinies into their hand as they battle the disease.

It was, therefore, a welcoming idea from the Government of Ghana to ban all forms of public gathering which has the potential to transmit the disease all over. Schools, church activities, social gatherings such as parties, funerals among others has therefore been halted. Soliciting applauds from a vast majority of the population, Ghanaians welcomed the announcement as good news as the world continues to witness the spread across continents.

The Government of Ghana has also decided to suspend flights coming from countries who have recorded more than two-hundred cases of coronavirus. A move viewed by many as one in the right direction as the country seeks to minimize the spread of the deadly disease. All cases recorded by Ghana were imported into the country from various affected places.

While the fight against the disease is viewed as a national battle in many affected countries, the moving undercurrent conversation in Ghana smacks of unity in purpose, as most countries will like to have in the face of the pandemic. With the disease, no respecter of a person as it can affect anyone, the speed of light pace of spread makes it scarier by the day. Ghana’s pending general election in December and staunch political beliefs continue to influence the objectivity in approach even in the face of a pending tragedy waiting to explode.

The level of mistrust among sections of Ghanaians with varied political affiliations and ideologies make it difficult to forge a complete togetherness and unity in the face of adversity such as COVID-19. The superficial appearance of support through communication suggests unity, but the underneath portrays a stark division and departure in the fight against the disease. Commentary from political figures and communicators with substantial followers has been one that seeks to work in their interest, sowing a seed of mistrust and cynicism with the belief of criticizing and putting the government on its toes.

As the government is perceived as massaging information critically meant for public consumption, some political figures continue to court public sympathy in their interest by adding to the bandwagon fearmongering agenda, creating dissatisfaction and scepticism in anticipating of ‘winning souls.’

The drive to criticize the government’s action and make it look all gloomy and bad in the eyes of Ghanaians feeds into an agenda. While people may have genuine concerns about government preparedness towards the fight against the disease, commentary and unfounded reportage raises people’s anxiety.

The lead up to the choice by voters in the December general election is projected to be a fierce contest as the battle for the need for new voter roll or otherwise continue with no end in sight. COVID-19 and the attending consequences bring into sharp focus the feasibility or otherwise of over seventeen million people queuing to register in the mid of the outbreak. To the opposition, any attempt to continue with the planned registration shows that the electoral commission and by extension, the government is insensitive to the wellbeing of Ghanaians.

As information becomes an expensive commodity in times of emergency and outbreak, misinformation and disinformation assume a threatening height especially on social media, the ever-growing platform for information sharing, eclipsing the fact-based information from appropriate quarters and authority. The electoral commission has not been spared in this debacle, causing them to issue a communique, debunking news making rounds on social media.

The sharing of the much sought after hand-sanitizer has taken centre stage on campuses in Ghana’s universities and major centres. University of Ghana, Legon, the nation’s premier university located in the Ayawaso West Wougon constituency has become the epicentre for free hand-sanitizers and free disinfectants. But the seeming kind gesture from the two main contestants could be seen as one with a simmering undertone-a ploy to woo unsuspecting voters in the constituency for the upcoming parliamentary election.

The partisan political propositions during times of pandemic as the world is facing now do not help in the fight. It only further creates a sharp division and confusion among ardent followers who require critical and authentic information to survive. Political parties, their figures, and functionaries could play a critical role in times like this by putting the interest of the nation first.

Ghana’s version of COVID-19 fight perhaps started on a wrong footing. Beginning with inadequate preparation, the rumours and fearmongering created and lingering around could cripple communities should the disease continue to spread. With a strong immune system able to withstand the disease, having a population gripped with fear could be a disadvantage as the country continue to fight the disease.

The political climate and system in Ghana influence virtually everything in the country. As the growing democratic nation has embraced jaw-jaw as their mode of operation and running the abundant resource bequeathed to her, development could elude the West African country for a while until its people properly understand the functioning mechanism of democracy.

The largest opposition party, National Democratic Congress (NDC) in a statement, has declared three days fasting and prayer against coronavirus. “Given the novel COVID-19 pandemic which is rapidly spreading across the world and urgently raising the need for global leaders to take extraordinary measures to contain its drastic threats, the National Democratic Congress (NDC) calls on all its members and supporters, as well as well-meaning Ghanaians (Christians, Muslims and all other Faiths), to seek the face of God Almighty our only and forever reliable hope.” Portions of the statement read.

The statements further state “It is obvious that the world is not in normal times, as this monstrous disease threatens our very existence. Turning to our Maker at this point is therefore non-negotiable. The NDC hereby declares nationwide 3-day fasting and prayer which is to be observed from our various homes starting Friday, 20th to Sunday 22nd March 2020. We encourage all our party faithful and well-meaning Ghanaians to fervently pray for the speedy intervention of the Almighty God in this situation.”

In times of national emergency, the national interest should be paramount as salvaging properties and saving lives should be the utmost priority for everyone instead of the usual, winding and unending politicking which adds nothing if subtract from the much-needed cohesion to forge ahead as a collective unit with a common purpose.

Above all, coronavirus is real. Adhering to the voice of the experts should be a mandate for all citizens. Washing of hands regularly, using hand-sanitizers and disinfecting frequently could help. Don’t forget to drink a lot of water, have enough rest and eat properly to boost your immune system. Avoid crowded areas and report symptoms such as sore throat, headache, fever, and difficulties in breathing as soon as possible. Practice social distancing and personal isolation in the interest of your families and friends should the need arises.

The writer, Kennedy Opoku is a student at the Ghana Institute of Journalism.