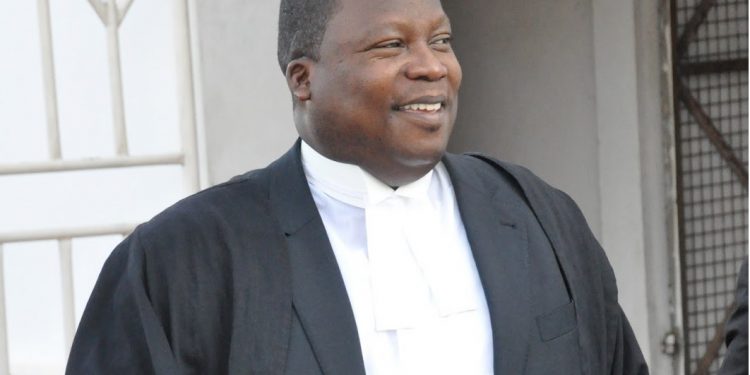 Lead Counsel for the New Patriotic Party (NPP) in the 2012 election petition case, Philip Addison has been disqualified from contesting the Akuapem North seat in the party’s primaries set for April 25, 2020.

Mr. Addison and one William Adjei Twumasi, a Bursar with the Akuapem Presbyterian College were disqualified for failing to “nurture the constituency.”

Philip Addison had made an earlier attempt to enter Parliament in 2016 in the Klotey Korle constituency but was defeated by the NDC’s Zenetor Rawlings.

Per the NPP constitution, any individual seeking to contest as an MP must nurture the constituency for a period of five years.

However Mr. Addison and William Adjei Twumasi according to the Vetting Committee failed to abide by the party’s constitution.

Speaking to Citi News, Eastern Regional Secretary of the NPP, Jerry Konadu said a total of 15 aspirants were disqualified.

“So far in the region, we believe that 15 of them from different constituencies cannot contest for now. We saw that they were party people but certain strict criteria that must be met were not met and for that matter, our recommendation is that they should not contest.”

Ahead of the 2016 general elections, Philip Addison emerged victorious in the NPP primaries to represent the party in the Klottey Korle constituency.

He, however, lost to the National Democratic Congress’ (NDC) Dr Zanetor Rawlings.

The New Patriotic Party has slated April 25, 2020, to elect the rest of its Parliamentary candidates.

Ghana susceptible to Coronavirus but at a low transmission rate – Dr. Okoe-Boye

Ghana susceptible to Coronavirus but at a low transmission rate - Dr. Okoe-Boye