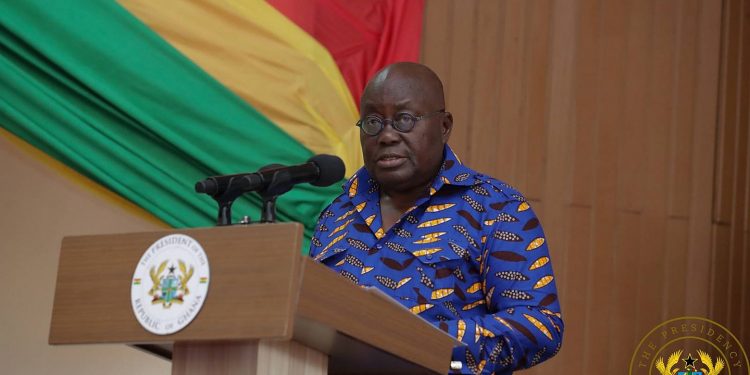 President Nana Akufo-Addo has disclosed that originators of fake videos of alleged brutality by members of the security agencies will be tracked.

Social media had been awash with videos of security forces brutalising civilians allegedly found to be flouting the lockdown directive.

While addressing the nation on Sunday, President Akufo-Addo noted that such videos are either old or unrelated to the current lockdown being observed.

He described persons who share such videos as “unpatriotic” and added that such persons will be fished out and dealt with.

“I am extremely disturbed by the actions of a few, unpatriotic persons, who are deliberately passing off and circulating old videos of alleged brutality by members of the security agencies, largely of foreign origin, and presenting them as though they were new incidents by Ghanaian security personnel, which have occurred during the course of this past week. It is sad, it is unfortunate, and it must end.”

“We should all be in this fight together, and there is nothing to be gained with widespread fabrication and distribution of such videos, whose sole aim is to create discontent and undermine the trust of the population in the men and women of our security services. Who gains from such conduct? Nobody in their right senses! The law enforcement agencies are determined to locate the originators of these anti-social acts.”

The President however condemned the supposed use of excessive force by some security personnel during the lockdown and said the Inspector General of Police and the Chief of Defence Staff of the Ghana Armed Forces had taken steps to investigate such incidents.

“They have given me the assurance that those found culpable will be sanctioned. The alleged wrongdoers have been withdrawn from the ongoing exercise.”

Unprofessional soldier has been withdrawn – Commander

The General Officer Commanding (GOC), Southern Command of the Ghana Armed Forces, Brigadier General Abraham Yeboah Nsiah earlier disclosed that a soldier who behaved unprofessionally during the lockdown period had been withdrawn.

“We have deployed 1,000 soldiers on the field. Out of this number, we have only one incident and that incident had nothing to do with slapping. It is something that we thought it was not of our standard and we are dealing with it. That soldier involved presently has been withdrawn to the barracks so all the videos you are seeing are false. I do not know the intention behind it but whatever it is be assured that the soldiers are professionals. They do not brutalise. We do not allow it and we are never going to allow it. I go round myself and educate them.”