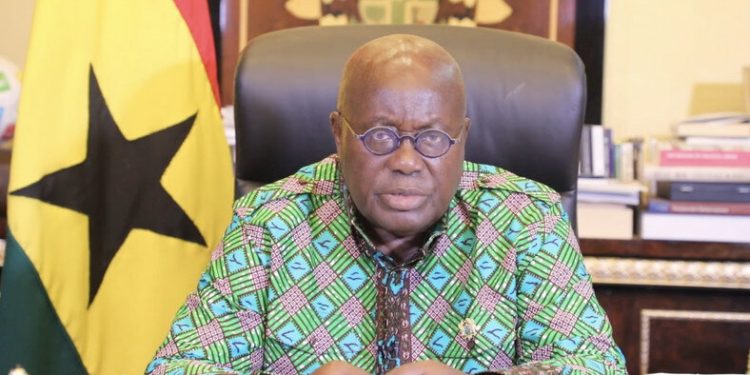 President Nana Akufo-Addo says the construction of 88 new district hospitals across the country will commence in July this year.

To him, the project is expected to last for one year.

At a meeting with chiefs and elders from the Bolgatanga, Bongo, and Talensi-Nabdam areas of the Upper East Region usually referred to as BONABOTO, President Akufo-Addo said the project forms part of government’s plan to expand the country’s health infrastructure.

“We intend on Agenda 88; God willing everything will be okay for us to start in July. We are hoping that by the end of June, all the arrangements that need to be done might have been completed so that by the end of July, we begin it. I want to make sure that within a year, all of those projects will be complete,” he said.

Government announced its ambitious plan to construct the 88 hospitals and six new regional hospitals as well as the rehabilitation of the Effia Nkwanta Hospital, in Sekondi, which is the regional hospital of the Western Region all in a bid to boost healthcare delivery in the country.

The standard 100-bed facilities which will be in districts without hospitals will also have accommodation for staff.

Government is still in the process of finalising the cost of the facilities, according to the Health Minister, Kwaku Agyeman Manu.

The Minority in Parliament has urged the government to focus on completing abandoned hospital projects in the country instead of starting new ones.

Ranking Member on Parliament’s Health Committee, Kwabena Mintah Akandoh says such an approach is feasible compared to the promise of completing over 90 hospital projects in a year with a non-existent source of fund.

But following complaints of abandoned health projects, Information Minister, Kojo Oppong Nkrumah has said such hospital projects started by the erstwhile Mahama administration have not been abandoned but are being worked on.

Local Government and Rural Development Minister, Hajia Alima Mahama has directed the various district assemblies without hospitals to identify and release a minimum of 15 acres of land for the projects.

“This exercise must be completed with all necessary documents prepared by 31st May, 2020,” a letter from the Minister said.

She further urged Regional Ministers overseeing the selected districts “to take a personal interest in facilitating the smooth take-off of this very important initiative.”

The move continues to face strong criticisms over its feasibility. Member of Parliament for Tamale Central, Inusah Fuseini has waded into the debate saying that the plan smacks of political gimmick.

He argued that the New Patriotic Party’s (NPP) administration has taken the health of Ghanaians for granted since assuming office.

“It is 88 [district] hospitals [and six regional hospitals] but to be honest it may sound nonsensical, that is why the people of Ghana are raising concerns. A lot of people are taken aback because Nana Akufo-Addo within the beginning of this year and the ending of the last year introduced loans to Parliament for the construction of hospitals. And after the fulfilment of the condition precedent, the projects were going to be completed within 24 months – that is not one year but two. So you have a president who reads Cabinet memo that said that the constriction of that hospitals will take a minimum of two years comes to make a promise that he will do them in one year if this not a political gimmick then I don’t know what is it.”

For Mr. Inusah, the non-availability of any detailed plan on the project leaves room for serious concerns.

He added that the government would not have prioritized health infrastructure if Ghana had not recorded cases of the new coronavirus outbreak.