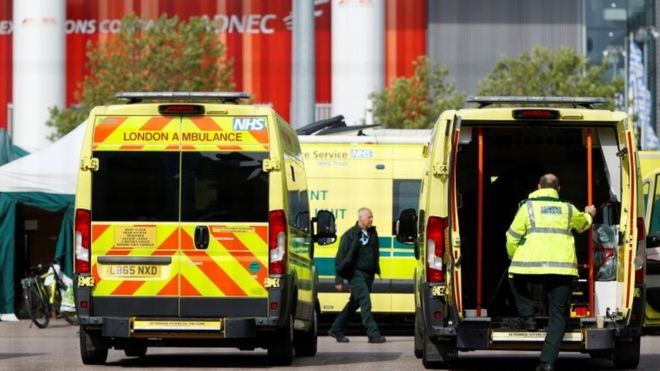 The UK now has the highest number of coronavirus deaths in Europe, according to the latest government figures.

But experts warn that it could be months before full global comparisons based on the death rates of individual countries can be made.

Both Italy and the UK record the deaths of people who have tested positive for coronavirus, BBC head of statistics Robert Cuffe said, but Britain has reached this figure “faster” in its epidemic than Italy.

He said there are caveats in making such a comparison, including the UK population is about 10% larger than Italy’s, while Britain’s largest city is three times bigger than Italy’s.

Each country also has different testing regimes with Italy conducting more tests than the UK to date.

Speaking at the government’s daily coronavirus briefing, Foreign Secretary Dominic Raab said the 29,427 lives lost was “a massive tragedy” the country has “never seen before… on this scale, in this way”.

Mr Raab wouldn’t be drawn on international comparisons at this stage, saying: “I don’t think we will get a real verdict on how well countries have done until the pandemic is over, and particularly until we get comprehensive international data on all-cause mortality.”

This is a sobering moment. Italy was the first part of Europe to see cases rise rapidly and the scenes of hospitals being overwhelmed were met with shock and disbelief.

But we should be careful about how we interpret the figures.

On the face of it, both countries now count deaths in a similar way, including both in hospitals and the community.

But there are other factors to consider.

First, the UK has a slightly larger population. If you count cases per head of population, Italy still comes out worse although only just.

Cases are confirmed by tests – and the amount of testing carried out varies.

The geographical spread looks quite different too – half of the deaths in Italy have happened in Lombardy.

In the UK, by comparison, they have been much more spread out. Less than a fifth have happened in London, which has a similar population to Lombardy.

Then, how do you factor in the indirect impact of things such as people not getting care for other conditions?

The fairest way to judge the impact in terms of fatalities is to look at excess mortality – the numbers dying above what would normally happen.

You need to do this over time. It will be months, perhaps even years, before we can really say who has the highest death toll.