Election 2020: A battle between wishful thinking and reality? [Article] 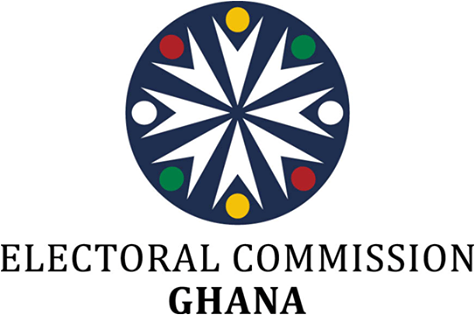 The flowery talk, bandwagon promises, and populist assurances have begun in earnest as Ghana prepares towards election 2020, even amid coronavirus pandemic. As synonymous with politicians especially in election years, the gradual change of agenda from covid19 was perhaps expected.

While Ghana continues to record increases in the cases of the deadly virus, the never-ending political rollercoaster has taken centre stage again. At best, it can be said that it never went anywhere. It was just a matter of time for the true colours of politicians to come to light again, as they go back to ‘their roots’.

Anyone who thought coronavirus outbreak could bring the ‘politically divided nation’ together was at best, doing wishful thinking. It has further divided the country. Not a division you can see with the naked eyes on the streets, but the approaches in dealing with the situation at hand continue to expose political activists and politicians whose aim is mostly to ascend the highest seat of the land or take a firm grip on power.

The two main political parties, New Patriotic Party(NPP) an incumbent, and National Democratic Congress (NDC), the largest opposition party have not disappointed with their shenanigans. They vehemently criticize each other of approaches adopted in dealing with covid19. Pointing accusing fingers at each other has been a normal phenomenon. While the NPP claim of being nationalistic in their approach, the NDC comes with scathing allegations of partisanship and points out shortfalls.

Covid19 may have disrupted the much-anticipated campaigns that are mostly associated with elections in Ghana and especially what was expected this year, perhaps that could be a turning point for the flamboyant campaigns that have become a new normal in Ghana.

With the NDC sticking with John Dramani Mahama for the 2020 presidential election means, there is a likelihood that familiar faces would be seen on the ballot paper again. The NPP is yet to settle on their presidential candidate, but as a common practice and convention with incumbent governments, it is without a doubt that the NPP would settle on Nana Addo Dankwa Akufo-Addo going into the election.

By count, this would be the third time the two will face each other in a presidential battle. The first being 2012, which was won by the NDC candidate, John Mahama. Taking over as a president with barely five months to the election after the demise of his predecessor John Evan Atta-Mills. Marshalling all efforts to win the 2012 election, it was deemed as the best anyone had done to win a presidential election in such a short time.

Defeating the then opposition candidate was a second blow to him after losing a similar election in 2008. The 2012 election ended in an eight-month-long election petition which the supreme court later affirmed the verdict of the electoral commission. This led to several electoral reforms as the petition brought to light several flaws in the electoral system. Statements such as ‘you and I were not there’ and ‘any idiot can go to court’ assumed prominence in daily vocabulary as proceedings went on.

The outcome of the 2016 election was a historical one that continues to surprise many political experts and pundits. It was a contest between John Mahama of NDC and Nana Akufo-Addo of the NPP again, call it old foes or old friends. This time with a full campaign season for both candidates, the election was viewed as one which was difficult to predict.

With gargantuan campaigns that were mounted by both parties, the confidence at both camps was high as expected. The Akufo-Addo campaign proved to be superior among the two. Wining with 5,755,758 votes, about one million votes than his closest contestant, this was the heaviest defeated ever to be suffered by an incumbent government in an election.

Will the 2020 election campaign be a battle on social media and will life get back to normal for social gatherings again?  How much does social media campaign inure to the benefit of politicians and could that be the main platform going forward?

The last few days have not been ‘normal’ in political scenes in Ghana. It is perhaps the kick to start the unofficial campaigning in times of Covid19. It started with President Akufo-Addo promising to build 94 new hospitals beginning this year in one of his national address. There has been a push back from the opposition and private individuals calling it impossible. At best, it has been described as a political talk from the president seeking to hoodwink Ghanaians to win another term of office.

The opposition leader, on the other hand, has been holding interaction sections on social media with Ghanaians, mostly critiquing measures taken by the government and how he believes things could have been done differently. His sections have not been without political jabs as he hit hard on government claims. One time, calling Ghana’s economy as one on a ventilator just three-weeks after a global pandemic, insinuating that the much-touted claim of strong economic fundamentals was a hoax.

He has also used the opportunity to throw in promises that when he is given the chance to be president again, he will do things differently. Promising more hospitals, roads, and school infrastructure. Having little backing in the area of economic management, little is heard of his plan for the sector as his attacks mostly geared towards critiquing the government performance in that area.

Economic Indicators (EI) such as inflation, Gross Domestic Product (GDP), interest rates, and exchange rates which shows how best a country’s economy is being managed reveals a disparity between the two major political parties. While the NPP claims of being superior are backed by the data, the NDC’s continuous poo-poo of the figures is perhaps political tactic as their economic performance according to the figures shows the opposite.

The NPP, on the other hand, could lay a factual claim as better economic managers looking at the indicators, chief among them being GDP. The upward growth since 2017 reveals a trend. Recording 8.1% growth in 2017, the 2018 and 2019 figures which are 6.3 and 6.7 respectively remain superior to that of the NDC’s John Mahama led administration.

The story remains the same in the figures of inflation, interest rates, and exchange rate. There is only one winner in this area. Perhaps the argument is moving from the economic management indicators as it is said, it adds little to the pocket of ordinary Ghanaians. But the catch is, these indicators are what investors look at when investing in a country. Job creation and economic activities are stimulated by investments and these indicators cannot be overlooked.

Since the emergence if Covid19, the rancor has been about hospitals built by both governments and projects allegedly abandoned by the incumbent which was supposedly started by the previous administration. Allegations and accusations from both sides seem to have no end in sight as both seek political capital out of it.

Opposition NDC pronounces that, election 2020 would be based on infrastructure as they claim incumbent NPP has little to show for. They boast of Hospitals such as the University of Ghana Medical Centre (UGMC), Ridge Hospital phase 1, Bank of Ghana hospital among others. They also take credit for road infrastructure and schools such as E-block projects some of which they allege have been abandoned.

The opposition claim of being ‘infrastructure king’ is also backed by data as they point to these projects. However, the incumbent NPP administration raised concerns such as the credit being claimed by NDC and John Mahama cannot be wholly true as the projects they clam preceded and outlived his tenure in office as president.

The incumbent is banking its hopes on the economic performance and the implementation of policies such as Free Senior High School (Free SHS), Planting for Food and Jobs (PFJ), One district one factory (1D1F) among others promised in 2016 election. They believe they have done well, rating themselves above 70% in their last assessment. With these at hand, we can only envisage a battle of two titans going into the 2020 general elections.

But the questions remain, what are the reasons for a selection of a candidate as a president? What would make a political party feel superior over the other? Is it based on track record or performance? How much does infrastructure, economic performance, investment in human capital, and ventures such as social intervention programs influence voters? And above all, what will be the role of covid19 in election 2020?

With barely eight months to the election, we can only hope Covid19 will go away in time else we head to a constitutional quagmire. A place we have never been before since the inception of the 1992 constitution which has brought most enduring democratic dispensation.

With the Ghanaian voter becoming sophisticated by the day, the dynamics of elections and presidential choices will be more than just a civic duty.

The writer, Kennedy Opoku, is a student at the Ghana Institute of Journalism