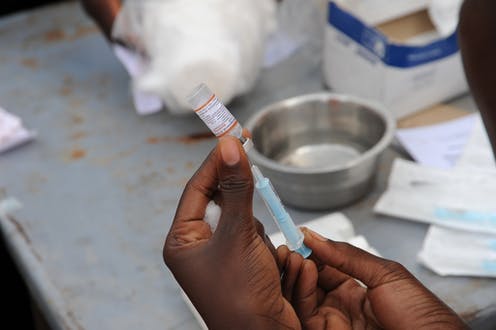 Two more persons have died from the outbreak of meningitis in the Upper West and Upper East regions.

This is according to the Minister of Health Minister, Kwaku Agyeman Manu.

With the update, the total number of deaths from the disease in Ghana now stands at 45, with over 315 people infected in both regions.

Giving an update on the outbreak in Parliament on Tuesday, the Health Minister said the lack of a vaccine for the particular strain of the disease has made its management difficult.

“We have unfortunately recorded two more deaths since the last count two weeks ago, bringing the total number of deaths to 45 deaths. No death was recorded in both weeks 19 and 20,” he said.

Some residents of the Upper West Region are calling on the government to release vaccines for the disease, believing that will be the surest way to halt the increasing spate of the endemic and its related deaths in the region.

But according to the Ghana Health Service, the current outbreak of meningitis in the region is caused by a new strain of bacteria that has no vaccine.

It, however, indicated that even though there is no vaccine for this strain causing the outbreak, there is an effective treatment upon early reporting and initiation of the said treatment.

The disease is an inflammation of the meninges of both brain and spinal cord specifically an infectious often epidemic and fatal meningitis caused by the meningococcus called also cerebrospinal fever.

It is an air-borne disease that is most feared because it is transmittable, fatal and spreads at an extremely fast pace.

The disease has up to 50% death rate if not treated.

Some forms of meningitis are preventable by