A statement from the Police said: “All the suspects are females and are between the ages of 17 and 40.”

The statement said an amount of GHS24,000 fake currency were retrieved from the suspects and are currently being kept in custody as exhibits.

The statement added that the “mood of operation of the suspects is to acquire the bigger denomination of fake Cedi notes such as GHS100 and GHS200 denomination in various business transactions in the Region. They usually use the fake cedi note to purchase items from unsuspecting traders at shopping centres such as supermarkets and other markets places which do not have currency detectors. They move from one shop to the other and present the fake GH¢200 or GH¢100 note to purchase items whose values are negligible and take a change.”

The Command has thus urged the general public to be cautious about those who present high denominations when buying items in small quantities.

Below is the full press release from the Police 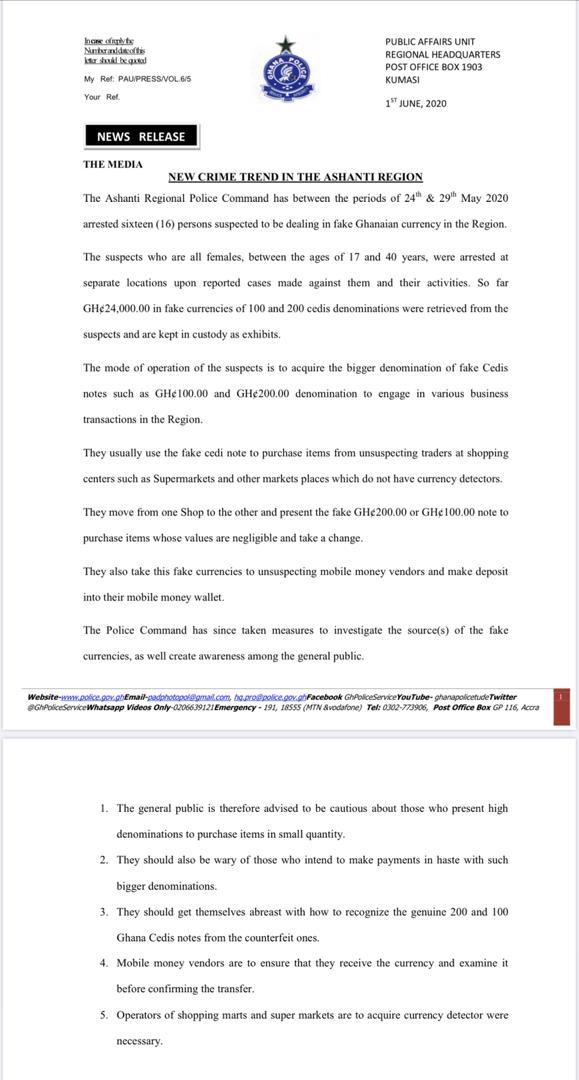