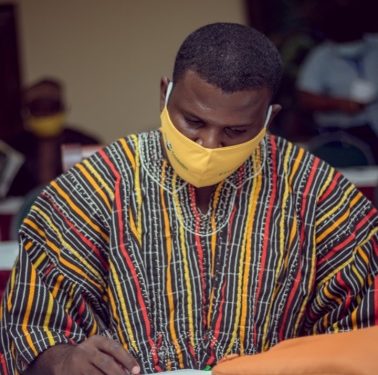 December 17, 2010 has found its way into the sacred books of history. For many of us, waking up alive and healthy presented us with another opportunity to go about our daily routines. However, in Tunisia, a frustrated street vendor Mohammed Bouazizi set himself ablaze in a one-man protest against an arbitrary seizure of his vegetable stand by police over failure to produce a permit.

This sent shock waves across the Middle East and the world at large. In no time, Bouazizi’s action provoked Tunisians to rise against the regime which was riddled with corruption, injustice, great income disparities between the elite and grassroots, little or no freedom of speech and an opulent ruling class. At the time, the rest of the Middle East thought this was a Tunisian problem but this thinking was short-lived.

Like wildfire, a wave of protests hit other countries including Egypt, Libya, Yemen, Syria, and Bahrain. Lives were lost, properties damaged, but most importantly some leaders fell and, regimes truncated.

10 years after this tragic loss of life leading to extreme reactions, the year 2020 will likely be an unwanted scar imprinted in our memories. As we continue to battle COVID-19 and adjust to the new normal, George Floyd’s life came to a horrible end on May 25, 2020, at the hands of a man who took a pledge to uphold and protect the law.

George’s death adds up to a pattern of racial profiling leading to the arbitrary killing of Black Americans by racist white police officers. The psychological effects of reliving the horrors of Jim Crow South in the 21st century and frustrations for lack of justice for these murders sparked a violent protest in the city of Minneapolis; today, a repeat of this is being witnessed in other cities and subsequent protests have spread into other parts of the world. The free world, the self-acclaimed best democracy in the world is on its knees.

As unfortunate as the violence has been, we cannot overlook the systemic institutional failures or bias that has brought America to this point. The looting is criminal but then again it exposes the income inequalities between whites and blacks orchestrated by a system with an objective to keep white America in a dominant and privileged position.

These two stated incidents have shown that when citizens are stretched beyond the point of elasticity, they will revolt; they will revolt against injustice, poverty, human rights violations, and abuse of power among others. How are African countries viewing these trends? Are leaders learning and building or improving on existing systems to avert such happenings? What is Africa’s plan? Are Africans running out of patience and what kind of response is in the offing?

Despite the numerous strides by many African countries to consolidate their democratic gains, Africa’s rich earth is still at variance with the living conditions of her people. Many credible institutions label the continent as one with entrenched poverty, human rights violations, corruption, high youth unemployment, excruciating cost of living and wanton abuse of political power to the disadvantage of the majority of her people. The World Bank has estimated that by 2030, 87% of the world’s extreme poor will be situated in Africa.

This casts a looming danger for the world’s richest continent. If the events of the Arab Spring and the recent demonstrations in America have any creeping effects, then as worrying as it may sound, Africa is sitting on a time bomb.

Fortunately for Africa, there is still time to turn the tide. Among other things, Africa’s ruling class must operate a political system that allows for greater participation. Governance of intimidation, witch-hunting, and suppression of free speech must give way for an all-inclusive and transparent atmosphere. The various arms of government established to keep each other in check should be absolved from all forms of indirect executive control. Institutions meant to protect and uphold the law should be strengthened and allowed to operate without needless political interference.

Another key area that needs urgent attention is the justice system. For many countries in Africa, justice delivery is slow, expensive, sometimes harsh and flooded with corruption. In some instances, it is as if the justice framework was designed to protect the powerful in society. In Ghana, an investigative piece by Anas Aremeyaw Anas on the judiciary, implicated more than 180 judicial officials, including 22 junior judges and 12 high court judges for taking bribes in the delivery of justice. In spite of the exposition of such rot in this all-important institution, only 20 out of the implicated individuals were sacked; a situation that continues to be a disappointment to a large number of Ghanaians.

Major reforms including the adoption of enhanced technology are needed to eliminate corruption while limiting person to person interaction. As said by Professor Raymond Atuguba, “a functioning justice system is crucial to peace and development”.

Furthermore, the right to choice, freedom of speech, and, youth development platforms and programs must be vigorously pursued by African governments. The 2016 demographic profile report of African countries by the United Nations Economic Commission for Africa had it that Africa’s steadily growing population is young in nature.

This is a huge resource, and if nurtured with the right mindset, a conducive economic environment and security, can drive Africa out of its many debacles.

No student has COVID-19 in Volta Region – Regional Health Directorate