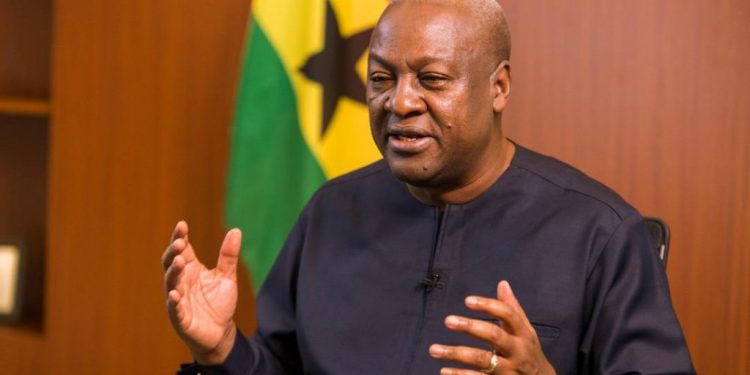 The leader of the largest opposition party, National Democratic Congress (NDC), John Dramani Mahama is set to declare his party’s position on the ruling made by the Supreme Court today, June 25, on the compilation of a new voter register for the 2020 general elections.

He will make his response known in an address to be held at the NDC’s headquarters tonight at 8:30 pm.

This was made known in a notice issued by the National Communication Officer of the NDC, Sammy Gyamfi.

“This is to inform the general public, that the Flag-bearer and Leader of the National Democratic Congress [John Dramani Mahama] shall address the nation on the Supreme Court’s ruling on the matter of the compilation of a new Voters’ Register this evening,” Sammy Gyamfi added in the notice.

The Supreme Court earlier on June 25, 2020, gave the Electoral Commission the clearance to go ahead and compile a new register as planned.

The Apex Court also endorsed the commission’s decision to remove the current voter ID on the list of identification documents to register to vote in the 2020 general elections.

The ruling was made in a case brought before it by the NDC and a private citizen, Mark Takyi-Banson.

The NDC had dragged the EC to court over a decision by the commission to exclude the existing voter ID card as proof of identity for the purposes of the planned voter registration exercise.

Mark Takyi-Banson also filed a fresh case, asking the Apex Court to make a pronouncement on the matter.

The court, presided over by a seven-member panel in its ruling, indicated that the election management body was independent and its action can only be guided by the court if it goes against the law.

“By this decision, the Electoral Commission i.e. 2nd Defendants in Suit No. J1/9/2020 and 1st Defendants in Suit No. J1/12/2020 are hereby directed to commence the compilation of the voter registration exercise as scheduled. By these decisions and, by virtue of Article 130 (2) of the Constitution any court in which same or similar action is pending or yet to be filed shall apply the decision rendered by the Supreme Court in these consolidated suits,” the Supreme Court directed.

The court also ruled against the NDC’s quest to get the EC to accept the current voters’ ID card as proof of identification in the planned registration exercise.

John Dramani Mahama had earlier asked Ghanaians to participate in any form of voter registration exercise undertaken by the EC in the build-up to the 2020 general elections.

He said although his party was against the compilation of the new register, they will not undermine the democracy of the country should the Supreme Court not rule in their favour.

Speaking during a community engagement in the Tongor area of South Dayi in the Volta Region, the NDC flagbearer urged the Chiefs and people to use their influence to encourage the citizenry to register in whatever registration the Supreme Court allows the EC to conduct in order to exercise their franchise on December 7, 2020.

Below is the full notice from NDC

This is to inform the general public, that the Flag-bearer and Leader of the National Democratic Congress shall address the nation on the Supreme Court’s ruling on the matter of the compilation of a new Voters’ Register this evening.

All media houses are invited.