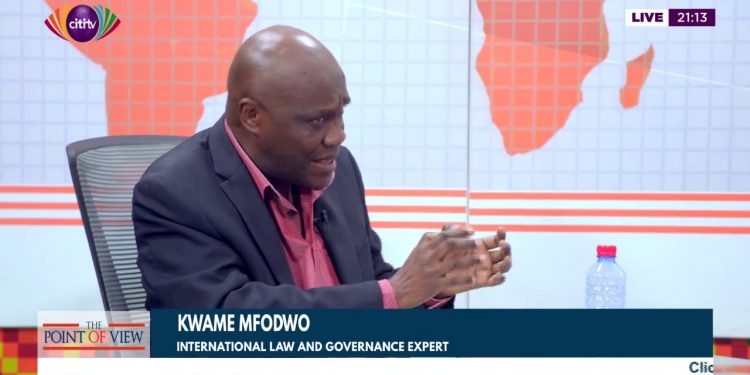 The government must outline specific guidelines for persons at more risk of dying from COVID-19 as public gatherings restrictions are eased, a governance analyst, Kwame Mfodwo has said.

This is after the government came out with detailed conditions for religious gatherings.

He is of the view the various protocols released by the state may be neglecting more vulnerable persons.

“Basically what the government has done is approach the thing as if there were not a number of specific groups with specific needs,” Mr. Mfodwo on Monday’s edition of The Point of View.

“The current policy is one which favours younger people. It does not favour older people simply because when we do get ill, those of us with hypertension, diabetes, and an enormous number of us among the people from 50 onwards, we will actually end up not in the mild category or moderate category, but we will end up in severe and critical categories.”

“So I ask the government to actually provide guidance for specific groups who are at risk because what is happening now is basically just a broad thing as if everybody’s level of risk is the same,” he added.

There are demographics with underlying conditions who are at a high risk of death and critical illness because of the virus.

These people include the aged or elderly, and persons with diseases such as diabetes, hypertension, respiratory diseases, and other chronic illnesses.

Most of those who have died due to the virus had these conditions.

President Akufo-Addo, on Sunday, announced that churches and mosques can begin converging again, and schools are reopened for final year students.

This was followed by a set of conditions for the resumption of church services in the phased easing of the COVID-19 induced restrictions.

Also among the advisories for mosques are that older persons and persons of any age with underlying medical conditions are being discouraged from attending the mosque.

#CitiBusinessFestival: ‘How to restart your business after COVID-19’