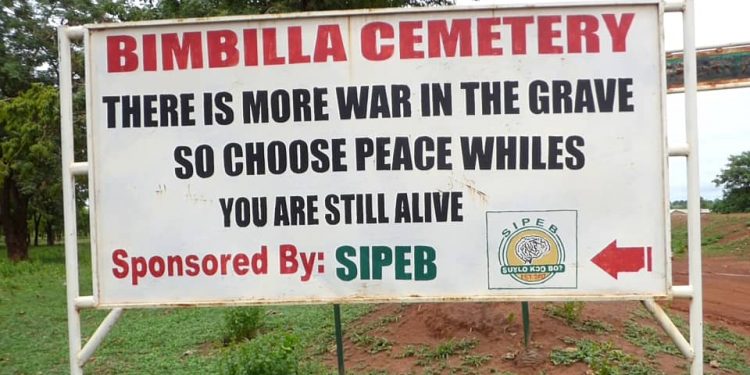 Last week the people of Bimbilla in the Nanumba North Municipality of the Northern Region woke up to a video of persons looting a grave at the Bimbilla Cemetery.

Some persons believe the looters steal human parts from the grave for rituals.

The caretaker of the cemetery, Afa Zakaria, is heard in the said video expressing his disgust.

He attributed the looting to the poor security of the cemetery which has been in existence for close to 50 years now.

“Why people easily enter here is because the graveyard is in the open. There is no fence so one can enter through any direction.”

Some residents use the cemetery as a thoroughfare as well as for easing themselves.

Animals also stray into the cemetery to graze.

“My appeal to the entire community and civil society organizations, NGOs, the government is to fence the Bimbilla graveyard. There are so many unapproved routes to the yard and I think it is a contributory factor to the menace,” a resident said to Citi News.

Another resident said, “this is about the third time, we are experiencing this kind of thing in the graveyard and it’s bad. I look at this as the work of the youth.”

The Municipal Chief Executive for Nanumba North, Abdulai Yaqoub told Citi News plans are in place to improve security in the area.

“The assembly embarked on a project to extend electricity to the place. It’s ongoing not yet complete. We have a number of streetlights and by the end of this week, it would be done.”

“We are thinking of beefing up security there because he’s just one person. We would add one more person to security at the checkpoint close by to also support in case they need their assistance,” he added.

Mr. Yaqoub, however, conceded that securing the borders of the cemetery was beyond the assembly’s means.

“My appeal is that financially we are constrained. This cemetery is very large and to leave for the assembly alone to wall, will be an impossibility,” he said. “So I am appealing to all well-meaning persons especially Nanumbas in the diaspora and to all Moslem communities to come to our aid to protect our last resting place.”