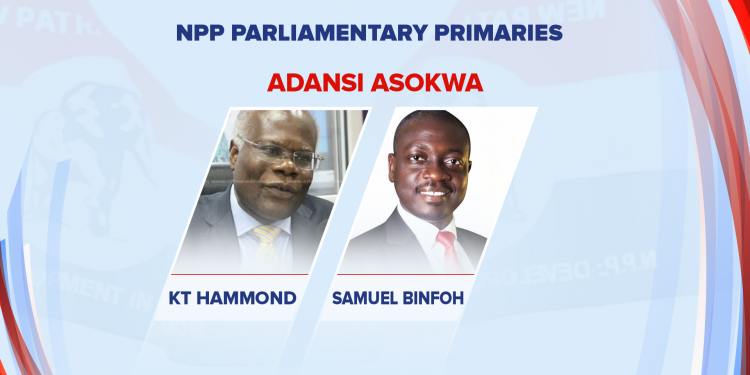 The New Patriotic Party’s Primary in the Adansi-Asokwa Constituency is one of the key contests to look out for in Saturday, June 20’s polls. Long-serving Member of Parliament, Kobina Tahir Hammond, popularly known as KT Hammond, is facing stiff competition from a former National Union of Ghana Students (NUGS) President, Sammy Binfoh Dakwa. The lead up to the contest has not failed in being exciting for the neutral watcher. For the interested observer, it may feel like an uncertain contest.  It has been one allegation after the other and in some cases, it got confrontational and physical. 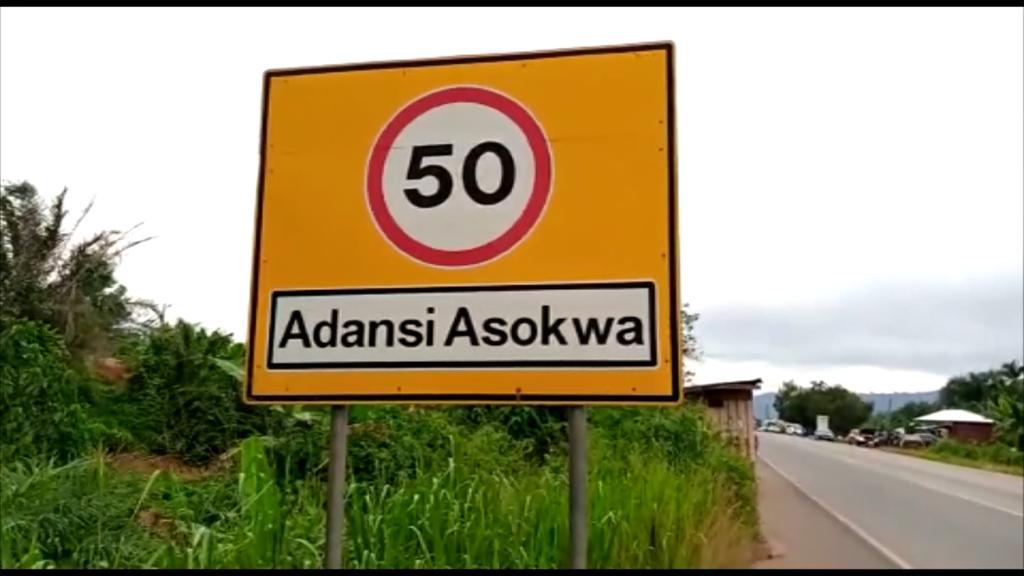 The National Democratic Congress’ John Kofi Gyasi represented the people of Adansi-Asokwa in parliament from January, 1993 to January, 2001. KT Hammond has become the Member of Parliament for the area since January, 2001.

Although, the Adansi-Asokwa seat appears to be a safe one for the New Patriotic Party (NPP) for about two decades now, the vote margin in the parliamentary and general elections as compared to the National Democratic Congress (NDC) has not been very wide.

For instance, in the 2012 elections, K.T Hammond polled 15,796 votes representing 51.06% while his contender, Amankwah Evans had 14,157 being 45.76% of the votes cast. In that election, interestingly, the NPP’s flagbearer, Nana Akufo-Addo garnered more votes (16,845 representing 55.5%) than what the incumbent MP. This trend where the NPP’s presidential candidate gets more votes as compared to that of the NPP parliamentary candidate continued in the 2016 election as Nana Akufo-Addo secured 18,643 votes being 60.75%, K.T Hammond had 16,468 representing 54.37%.

With this, some delegates say incumbency fatigue may have set in and as a result, there is a need to try a new face. For about twenty years, this is the first time K.T Hammond is having to be contested in the primary.

What makes the Adansi-Asokwa contest interesting?

K.T Hammond is a household name is Ghana’s politics considering his many years in parliament. He has also served as Deputy Minister of Energy and the Interior in President Kufuor’s government. He was a thorn in the NDC’s flesh between 2009 and 2017 and the opposition’s go-to person on Energy. He is considered one of the stalwarts of the party and has the capacity of lobbying to bring development to his area. Having served in the constituency for many years, he still has a strong relationship with some key decision makers in the constituency which may inure to his advantage in the upcoming primaries.

His contender, Sammy Binfoh Dakwa is a former NUGS President who is young, enthusiastic and seems to be bringing more energy in to the constituency. The clamour for change by some delegates, his close association with the Ashanti Regional Chairman of the NPP, Bernard Antwi Boasiako (popularly known as Chairman Wontumi), and relationship with some national executives, make him a strong candidate in the race because these persons to an extent have an influence on the 434 delegates.

The political atmosphere within the NPP in the constituency has been tense, as constituency executives have split support for the aspirants. The Chairman openly endorses Samuel Binfoh Dakwa, while the Secretary supports K.T Hammond. These supports are not superficial!

The Constituency Secretary, Samuel Awui, who was manhandled and allegedly assaulted in a video that went viral and supports KT Hammond, insists that Sammy Binfoh Dakwa does not deserve to contest in the primary.

“K.T Hammond has been an MP for our Constituency here for 20 good years but he doesn’t know Sammy Binfoh. Me as a Constituency Secretary, I don’t know him. Go to the polling stations, they don’t know him. So, based on what have they qualified this man? Since we have the Constitution, we should follow the Constitution. They should come down and see. Sammy Binfoh should prove that what K.T Hammond is saying is not true. If Sammy Binfoh can barbarically lead his supporters to beat a whole constituency secretary (me), do you think that he deserves to be qualified?”

Samuel Binfoh Dakwa, however, says he qualifies to be in the race as he recounts the roles he has played for the party at both local and national level.

“I come from this Constituency called Adansi-Asokwa and I have served the party at the Constituency, at the region and at the national level. From the National level, I have worked under Sammy Awuku. Presently, I work under the youth wing- Nana B. I am the Director for research and policy for the youth wing. I have also done so much work at the student front for the New Patriotic Party. I have also done a lot of work at the regional level. In 2016, Chairman Wontumi assigned several duties to me and I discharged them with diligence,” he made this statement in an interview with Citi News. 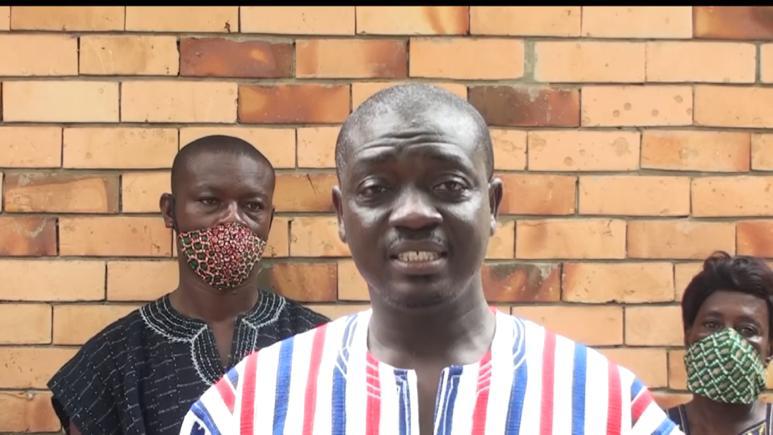 As a farming area, Sammy Binfoh Darkwa believes the lives of the residents have not significantly improved under Mr. K.T Hammond. According to him, it is the right time for him to contest and drive development in the constituency as he has identified education and industrialization as the main areas of focus should he get to Parliament.

“An idea whose time is up, nothing can stop it. The time is due for the change to be seen in Adansi-Asokwa and it has been the hand of God that has brought me this far. My message has been very simple, I will not be able to follow all these farmers to their cocoa farms but I am thinking about their future – their kids, their nephews and their nieces. So one thing that is so much on my heart, is about education – how we can really help improve education in this constituency? Another thing is industrialization in this constituency so that people can get jobs to do. As I speak, there are farmers here who are planting oil palm everywhere you pass. That’s their main occupation. We are talking about 1D1F. Can’t we get an industry in Adansi-Asokwa?”

Samuel Awui however believes the delegates will be ungrateful if they don’t vote to retain KT Hammond considering how he has served the constituents during his time in office as MP.

“K.T Hammond has done a lot for Adansi-Asokwa constituency. He is doing more and we have the hope that he will continue to do more for Adansi-Asokwa. When it comes to health, he has helped build a lot of CHPS Compounds. When you go to Aboabo, Fumso Ketewa, Pipiiso and others, there are CHPS Compounds over there. Now let’s come to Education, he has been sponsoring a lot of students in the constituency. He has also lobbied for a lot of schools to be built in this constituency. There is no single community without a school. He has also helped build markets, for instance one at Aboabo. He is building one at Pipiiso, Asokwa and other areas. He is seriously lobbying for roads to be constructed in several areas. He has helped with electrification over here. It is true that there is a division among the constituency executives but I can bet that it will only be just endorsement for K.T Hammond. What the delegates are saying is that, they won’t be ungrateful to Hon. K.T Hammond.  So they are ever ready. They are those campaigning for him.”

Following the National Executive Committee’s decision to clear Sammy Binfoh to contest, some delegates in the constituency have welcomed the decision. Some believe five terms as an MP is enough as he has possibly done whatever he could do to help drive development in the area. Some of these persons have thrown their support behind Sammy Binfo Dakwa and are optimistic that he will win in Saturday’s polls.

“This is the very first time we are having primaries here. The two candidates deserve to contest. We are now yearning for change here at Adansi Asokwa so the delegates have decided to vote for Sammy Binfoh Dakwa,” a delegate Charles Danso Boafo said this in an interview with Citi News. 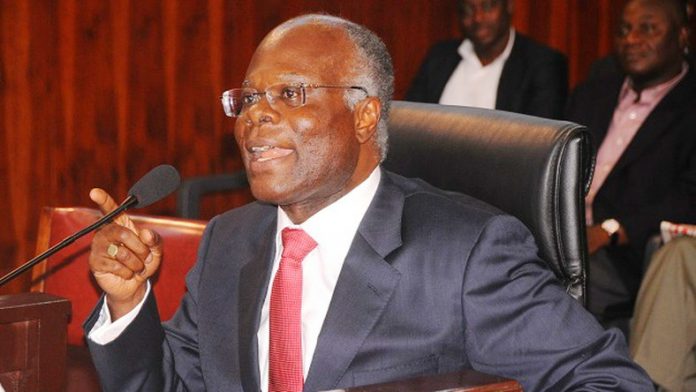 Supporters of the incumbent are however optimistic that Mr. K.T Hammond will emerge victorious, and they believe the delegates will vote massively against Samuel Binfo.

As the internal power struggle has begun and since the margins between the NPP and the NDC in recent general elections have not been wide, it could spell doom for the NPP if the election and its aftermath are not well managed as an NDC candidate can take advantage of the situation.

The Adansi-Asokwa race clearly remains one of the hotspots to look out for in the upcoming primaries. Sammy Binfo Dakwa appears to have growing support from some influential party bigwigs, as the factor of incumbency fatigue could go in his favour. However, considering Mr. K.T Hammond’s experience in politics-having possibly identified his opponent’s strengths and weaknesses, he will not make it an easy contest for the new entrant.