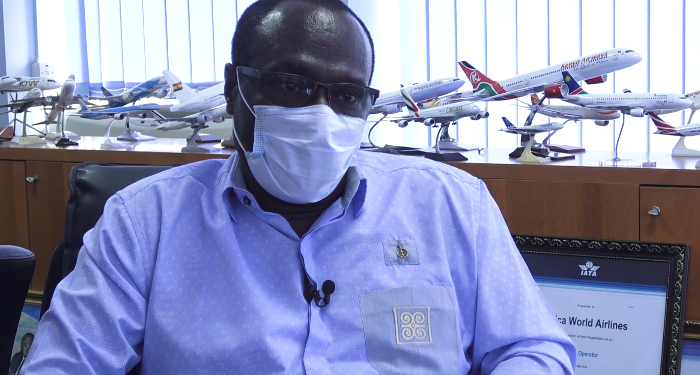 The Ghana Civil Aviation Authority (GCAA) has told Citi Business News that it has lost almost 95% of its revenue due to the coronavirus induced ban on international passenger travel.

The Director-General of the GCAA, Simon Allotey, says they have also taken drastic measures such as pay cuts to remain in business.

Ghana’s main Airport, the Kotoka International Airport, was closed to passenger flights on March 22, 2020, although cargo transport is allowed, as well as special passenger services such as the evacuation of Ghanaians from elsewhere and other nationals out of Ghana.

The impact of this has been enormous for hotels, restaurants, car rental services, and other businesses in the hospitality industry that rely heavily on travelers to stay in business.

The regulator of air transportation in Ghana, the Ghana Civil Aviation Authority, has not been spared the adverse impact of the border closure. Its Director-General, Simon Allotey, told Citi Business News the Authority is operating on virtually no revenue as its revenue has dropped by 95%.

“It’s impacted adversely on our finances because the bulk of our revenues were from the landing fee, the on roads or what we call, the overflights. The bulk of our revenues are also from the safety charges for both passengers and cargo, and most of these revenues have dwindled to zero. So, if you look at the revenues we had from these few exemption flights, I’d say we’ve lost about 95% of our normal revenue.”

Even though cargo flights and other specialized flights to evacuate stranded citizens to and from Ghana bring in some form of revenue, Mr. Allotey says this is just not enough to meet the huge expenditure items on its budget. 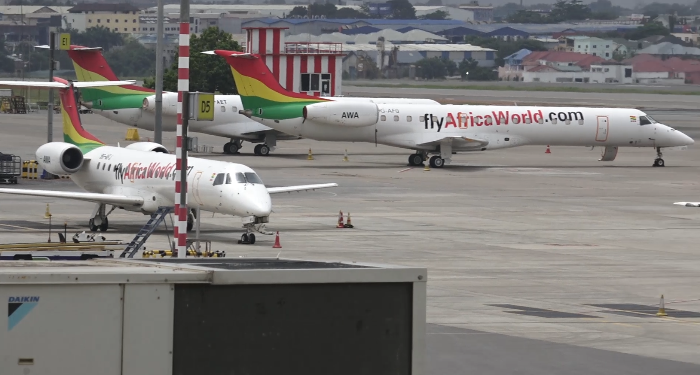 “If the plane does not fly, there is no revenue to the Authority. Of course, there are other fees we charge the airlines like the validation of the foreign air operator certificate which is done every two years. Apart from that, almost everything is based on aircraft movement,” he said.

On how the GCAA is rationalizing to stay afloat, the Director-General said it has slashed salaries by 50% while cutting down on new recruitment.

“We’ve come up with an arrangement with the workers Union to pay 50% of their salaries and the 50% we are withholding will be refunded in good times when situation normalizes. This way, it will keep the Authority going in terms of its financial obligations as long as possible,” he added.

In all these, however, Citi Business News understands that none of the over thirty airlines operating international flights has given an indication of shutting down, though some have been compelled to reschedule major operations which were due by the middle of the year.

What lays ahead of all airline operators and regulators alike are the measures to be put in place when the ban is lifted eventually.

Among others, Mr. Allotey says some new measures being discussed among members of the International Civil Aviation Organization, ICAO, is the issuing of COVID-19 pass as well as complying with the two weeks or fourteen-day mandatory quarantine being rolled out by some countries.

He however says this is likely to discourage travel due to increased cost.

While domestic airlines have resorted to reducing the number of passenger numbers on board, it appears this may not be possible with international airlines when they resume, as Citi Business News understands that airlines are opposing the move.

According to them, studies have failed to prove that people contract the coronavirus disease onboard flights.