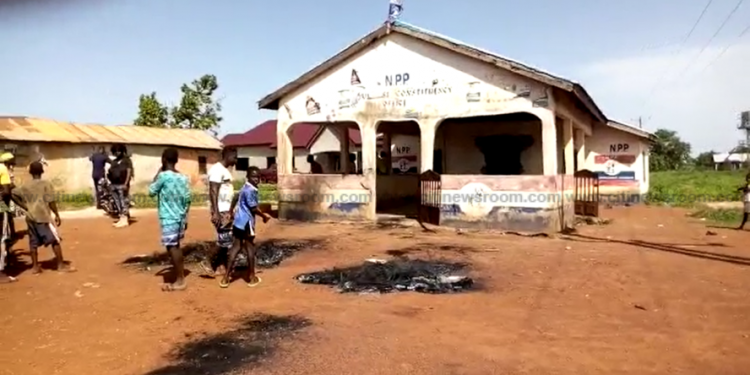 Youth in Wulensi in the Northern Region have burnt the New Patriotic Party (NPP) office in the area in protest of the outcome of the parliamentary primary held in the area yesterday, Saturday.

According to the irate youth, the results of the primaries did not reflect the choice of the people. 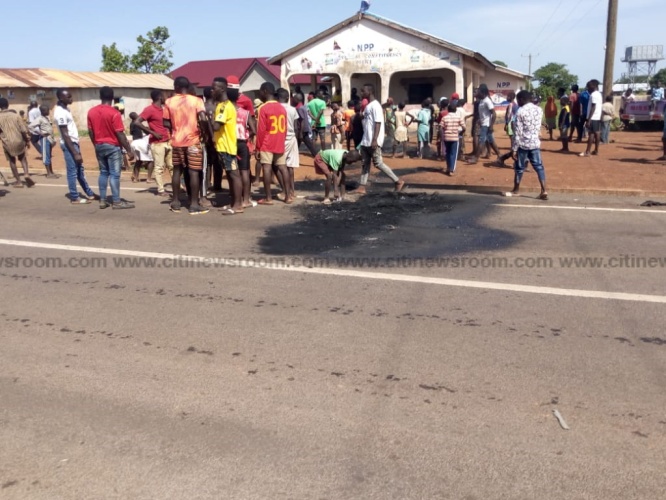 They alleged that some delegates who had passed on had their names on the party register.

They also alleged that non-delegates were allowed to vote in the names of the dead delegates.

The youth say they want justice and fairness in the party and are calling on the National Executives to look into the matter.

Thomas Donkor Ogajah had 212 votes while Haruna Abdulai had 210 votes.

Speaking to Citi News, some of the youth explained the reasons for their actions.

“The reason why we have mobilised here is that we want justice from the party. We held an election yesterday and the rules and regulations of the party are that anybody who passes away is not supposed to take part in the election. But when you look at the incumbent MPs area and another village, the votes of about three people who passed away were cast and we don’t know how that happened. So, we are appealing to the council of elders to cancel the results for those two polling centres.”

Another resident said the election was held in an unfair manner and justified the burning of the office as a sign to disown the party.

“This is our own property, the government has no hand in it. We used our money to build it. We don’t want the party again so we will burn the office and leave the party for them. We are right to do it because they are cheating us by supporting Ogajah who has not done anything for us.”

Atta Imoro, director of communication in the Constituency thinks that things were okay because every polling station pink sheet was certified and has called for unity in the party.

Meanwhile, personnel from the Ghana Police Service have been called in to secure the place.