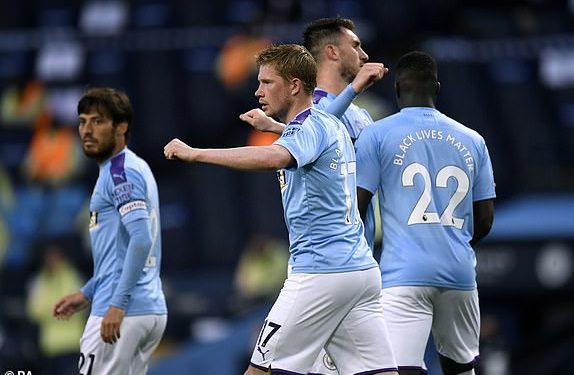 Not much has changed in the Premier League’s three-month break, which was clear as Man City cruised to a 3-0 victory over Arsenal. 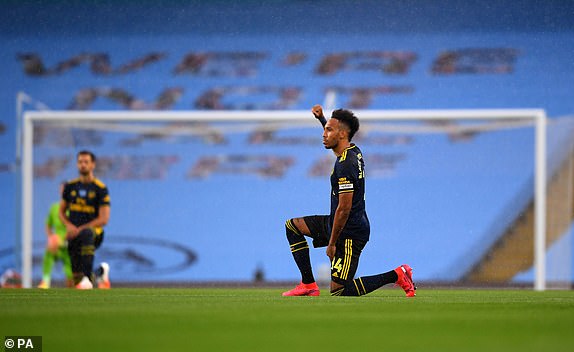 It was De Bruyne who was City’s inspiration as the top-flight finally returned, slotting away a penalty in between goals from Raheem Sterling and Phil Foden. 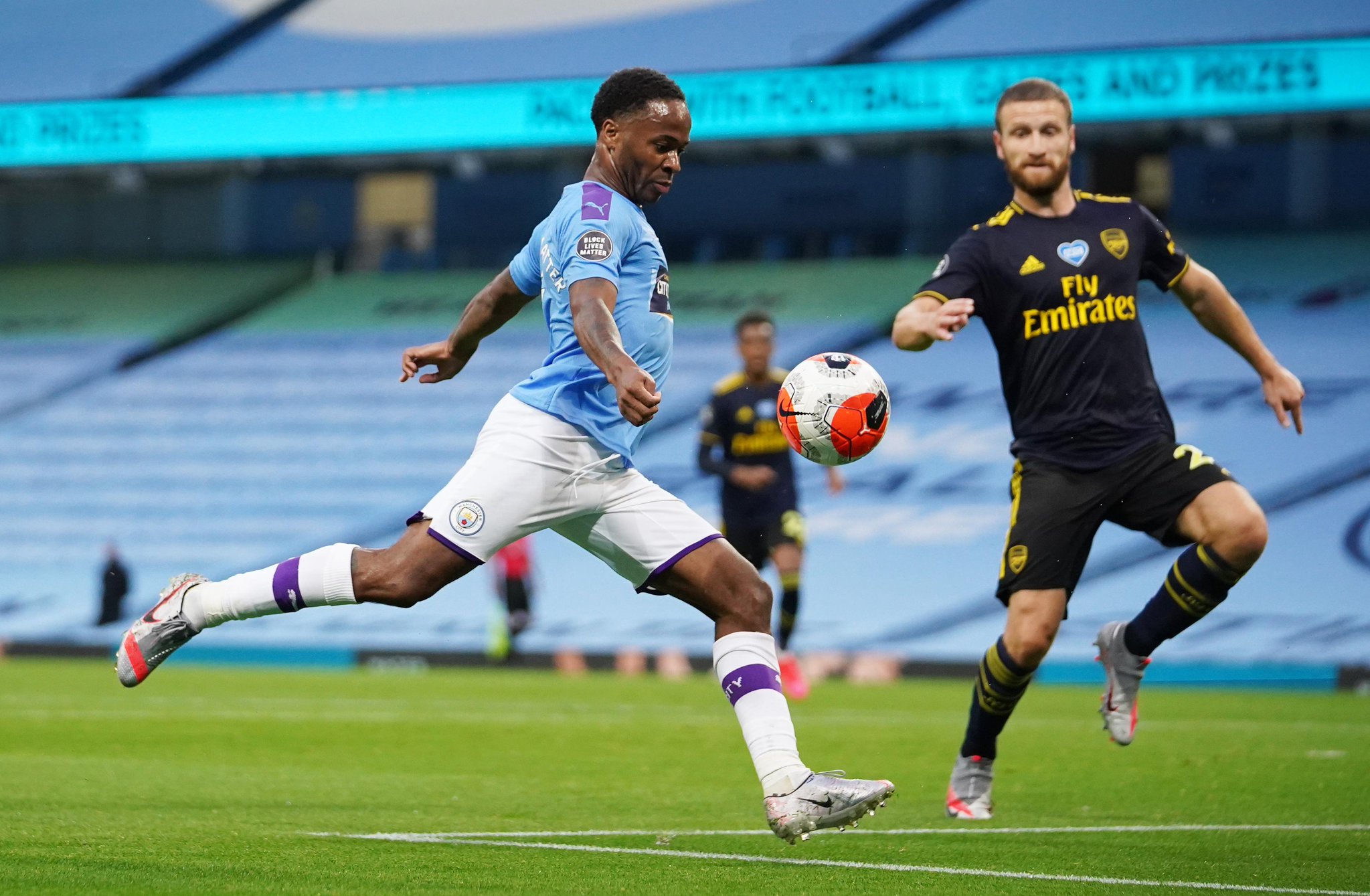 But Luiz was Arsenal’s Achilles heel yet again, gifting City their first goal with a dreadful blunder before giving away the penalty for a foul on Riyad Mahrez and getting sent off in the process. 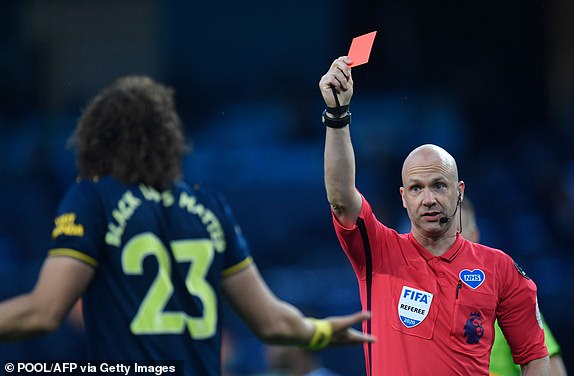 However, both the performances of De Bruyne and Luiz were largely forgotten at the end of Wednesday night as City defender Eric Garcia was stretchered off with a seriously concerning injury. 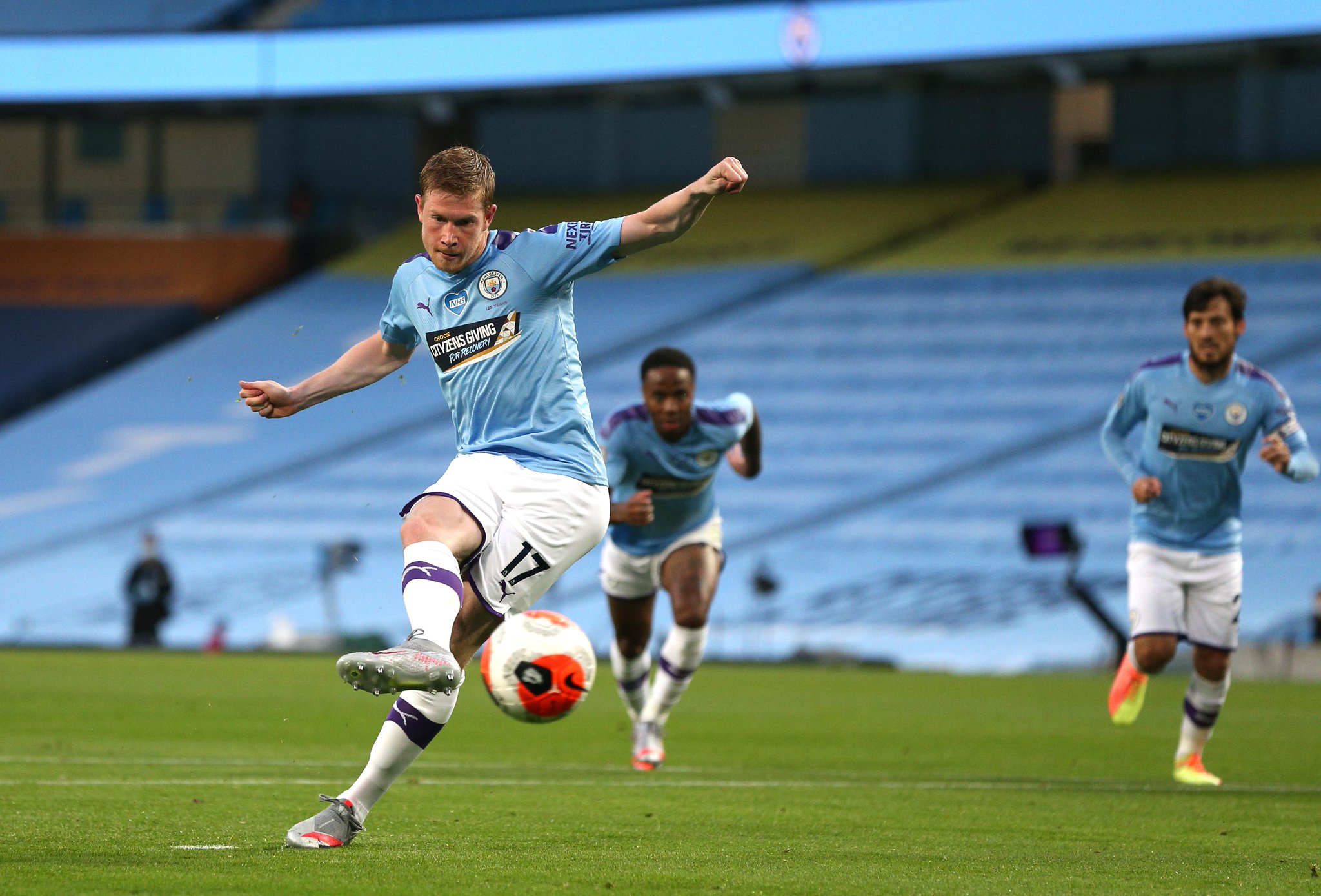 After Arsenal lost Granit Xhaka and Pablo Mari to injury in the first-half, Garcia received lengthy treatment and players looked on in distress after the Spaniard was knocked out cold by a sickening collision with his own goalkeeper. 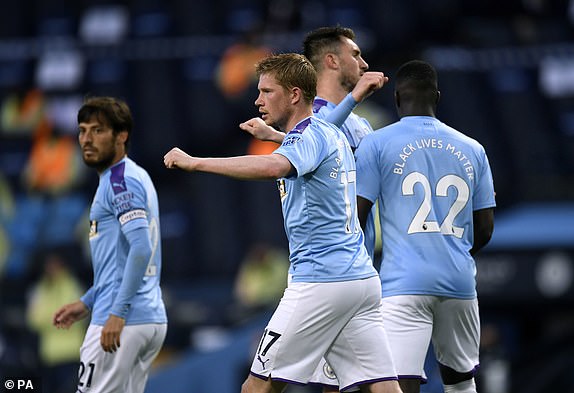 Ederson came charging out and, with eyes only for the ball, accidentally clattered into his defender and left him motionless on the floor. 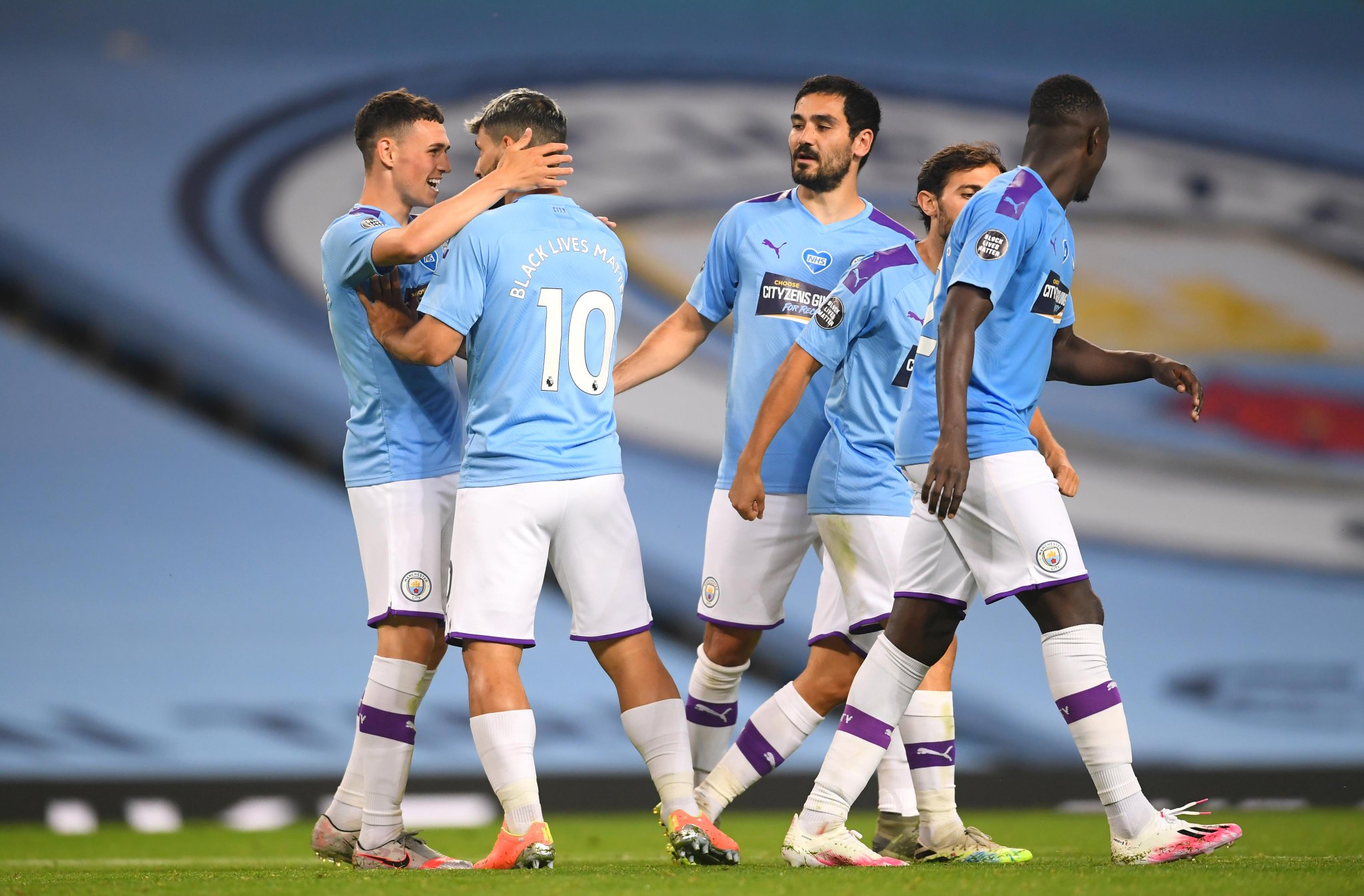 It was an upsetting end to what was a good night’s work for Manchester City, although they got some help along the way.

Arsenal started brightly, but were forced into two early changes when Xhaka and Mari left the field injured. 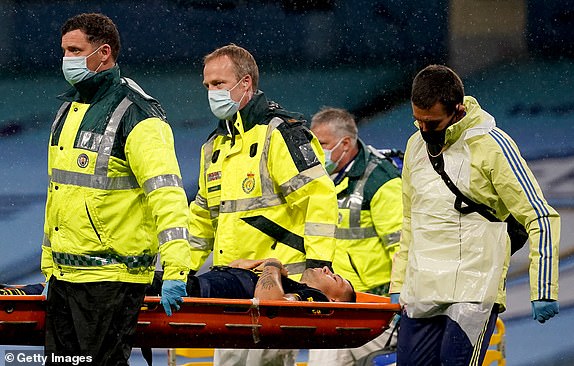 One of the men to come on was Luiz, who misjudged De Bruyne’s cross in first-half stoppage time, allowing Sterling to swoop in and grab his first goal of 2020. 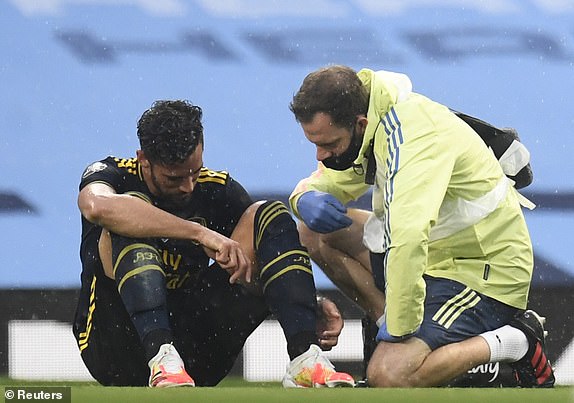 Then the Brazilian got his marching orders for tripping up Mahrez, who was through on goal, allowing De Bruyne to slot away the penalty. 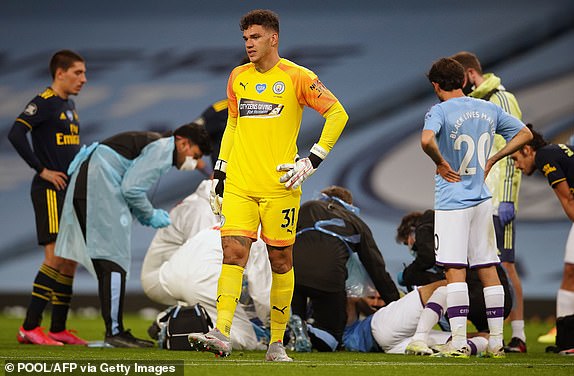 Garcia’s injury brought a lengthy halt to proceedings, but City weren’t done yet as substitute Foden got in on the act in the dying moments. 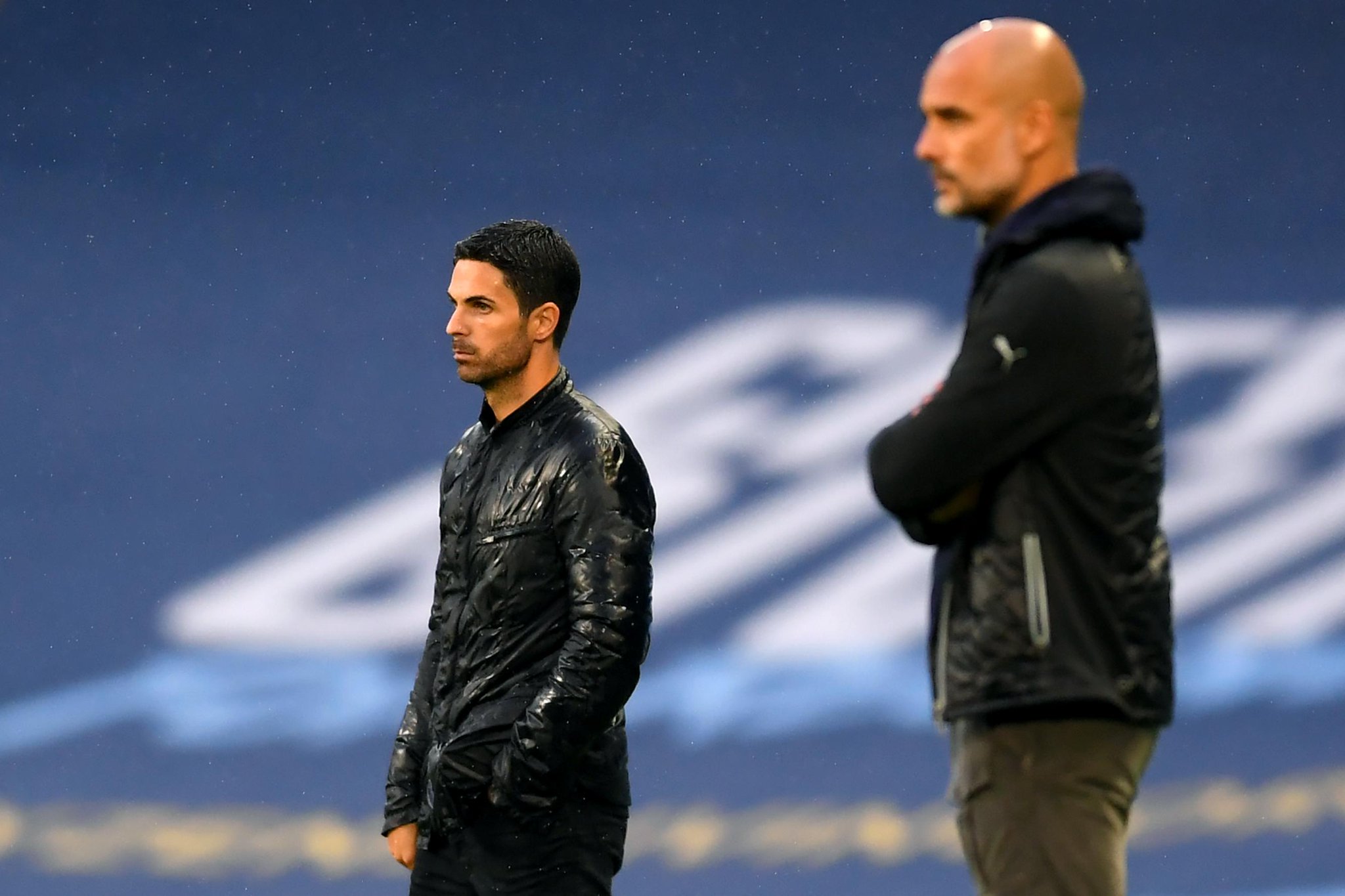