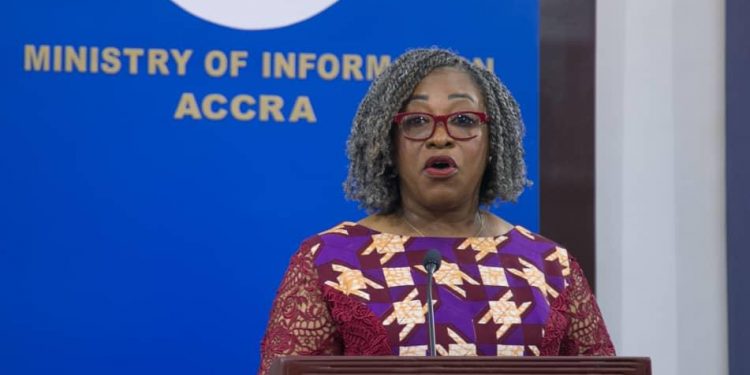 The Minister for Foreign Affairs and Regional Integration, Shirley Ayorkor Botchway, has told Parliament that government has begun rolling out the second phase of its evacuation programme for Ghanaians stranded abroad due to the coronavirus pandemic.

According to her, the government has arranged chartered flights to bring back Ghanaians home based on a schedule drawn up by the Ministry.

The countries captured in the schedule include Nigeria, Mauritania, Ethiopia, China, United States Of America, United Kingdom, UAE, among others.

Responding to questions in Parliament, the Minister indicated that a lot of considerations have gone into government’s evacuation programme.

“We have received a charter from New York of 299 persons and also one from Washington DC of 300 persons. It should be noted that these arrangements are subject to other requirements in the host country such as permits being granted, overflights and landing clearance and so as a result, there may be changes in the scheduled dates of arrival.”

Madam Ayorkor Botchway also said negotiations are currently underway between our Beijing Mission and Ethiopian Airlines for the evacuation of some 675 stranded Ghanaians in China.

“Similarly, our mission in Abu Dhabi and consulate in Dubai have initiated discussions with the UAE authorities for the evacuation of over 500 of out nationals stranded in that country,” she added.

The Foreign Ministry is also in discussion with the Scholarship Secretariat and the National COVID-19 Task Force to finalise arrangements to evacuate 151 Ghanaians students who completed their language proficiency courses in Benin last month using STC buses.

“Now arrangements are in place to evacuate them on June 13,” the Minister confirmed.

She also noted that “arrangements are in progress to assist with the evacuation of Ghanaians in other counties such as Belgium, Canada, Denmark, Germany, Italy, South Africa, Spain, Niger and Ethiopia.”

“Priority may be given to urgent evacuation requests that require minimal government intervention such as free arranged charter flights awaiting London clearance grom government,” she stated.

Ghanaian nationals who are stranded outside the country and are willing to bear the cost of their evacuation were earlier asked to submit their details to their Ghana High Commission by close of Wednesday, May 13, 2020.

The Ministry of Foreign Affairs and Regional Integration, which issued the directive in a statement, suggested that it would facilitate their travel back to Ghana only if they are prepared to cover their own expenses.

Meanwhile, Ghana’s Permanent Mission to the United Nations and the Consulate in New York had earlier collected data of Ghanaians stranded in the United States.

This exercise which was done to capture residents in the tri-state of New York, New Jersey and Connecticut was to help government plan a possible evacuation of persons left stranded due to the current closure of the country’s borders as a measure to curb the spread of the novel coronavirus in the country.

There have been many calls for the government to bring back Ghanaians who want to return home especially now that there are no signs of the government reopening the borders any time soon.

People including the Minority in Parliament have been putting pressure on the government to bring back these stranded nationals home.

It can be recalled that even before Ghana recorded its first coronavirus cases, the government received intense pressure to bring home Ghanaian students who were under lockdown in Wuhan, China – the place where the disease emanated from.

Even though the number of COVID-19 cases keeps rising in every part of the world, people still want to be repatriated despite border closures in many countries.

Already, some 245 Ghanaians who were deported from Kuwait were allowed into the country by the government of Ghana. 35 of these returnees tested positive for COVID-19.