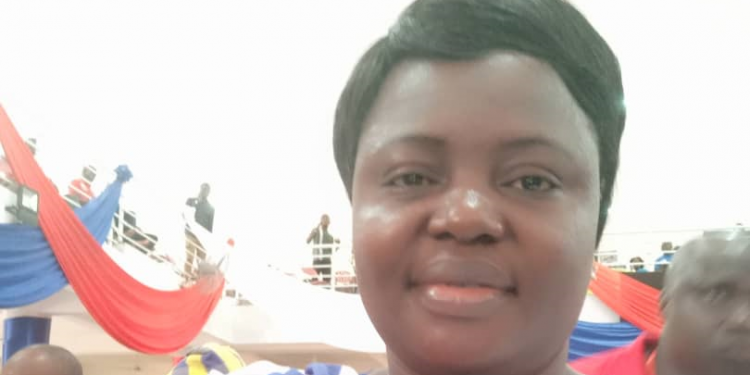 She appealed to the winners to reach out and bring on board their contenders who did not win to ensure unity ahead of the general elections.

In a congratulatory message, Mrs. Ayamba impressed on unsuccessful aspirants to support the candidates for victory.

“There were no losers or winners in our primaries, the NPP family won and we shall work hard with the support of all to retain our three (3) seats and increase our parliamentary seats in the region.”

“Let me humbly appeal to the elected parliamentary candidates to reach out to their contenders who did not win to resolve their differences and build a unity of purpose for victory in the general elections,” she urged.

The Upper East Regional Women’s organizer Georgina Ayamba on behalf of the women wing of the New Patriotic Party congratulates all parliamentary candidates who emerged victorious in the party’s parliamentary primaries on Saturday, June 20, 2020.

I also congratulate all party executives, delegates, and aspirants for the peaceful and successful manner in which our internal contests were conducted.

For the first time in the history of our party in the Navrongo constituency, an industrious and trailblazing colleague woman Tangoba Abayage, a replica of late Hajia Hawa Yakubu is poised to retain the Navrongo Central seat for the NPP.

She has become the first female Regional Minister to become the Constituency’s parliamentary candidate and to subsequently retain the seat for the NPP in the general elections.

Tangoba Abayage has the unflinching support of all constituency, women organizers and the women wing of the party like any other parliamentary candidate in our pursuits of victory come 2020 general elections.

There were no losers or winners in our primaries, the NPP family won and shall work hard with the support of all to retain our three (3) seats and increase our parliamentary seats in the region.

Let me humbly appeal to the elected parliamentary candidates to reach out to their contenders who did not win to resolve their differences and build a unity of purpose for victory in the general elections.

Those who were unsuccessful should not be disheartened, but rather support their parliamentary candidates to win their respective seats.

I urge all party members and sympathizers to rally behind their respective parliamentary candidates to retain power in 2020 and increase astronomically our parliamentary seats.

The unprecedented development witnessed in Ghana under the Nana Addo-Bawumia led government to continuously make the NPP, the best choice of the Ghanaian people for progress and prosperity.

We must all, therefore, forge ahead in unity and work hard to retain power in our quest to make Ghana a better country for all.