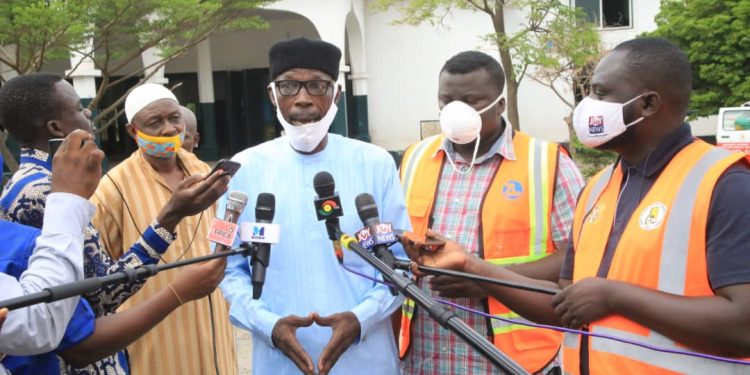 The waste management company, Zoomlion Ghana Limited, which has been leading in the disinfection against COVID-19, undertook a clean-up and disinfection exercise at the Abossey Okai Central Mosque, Accra. 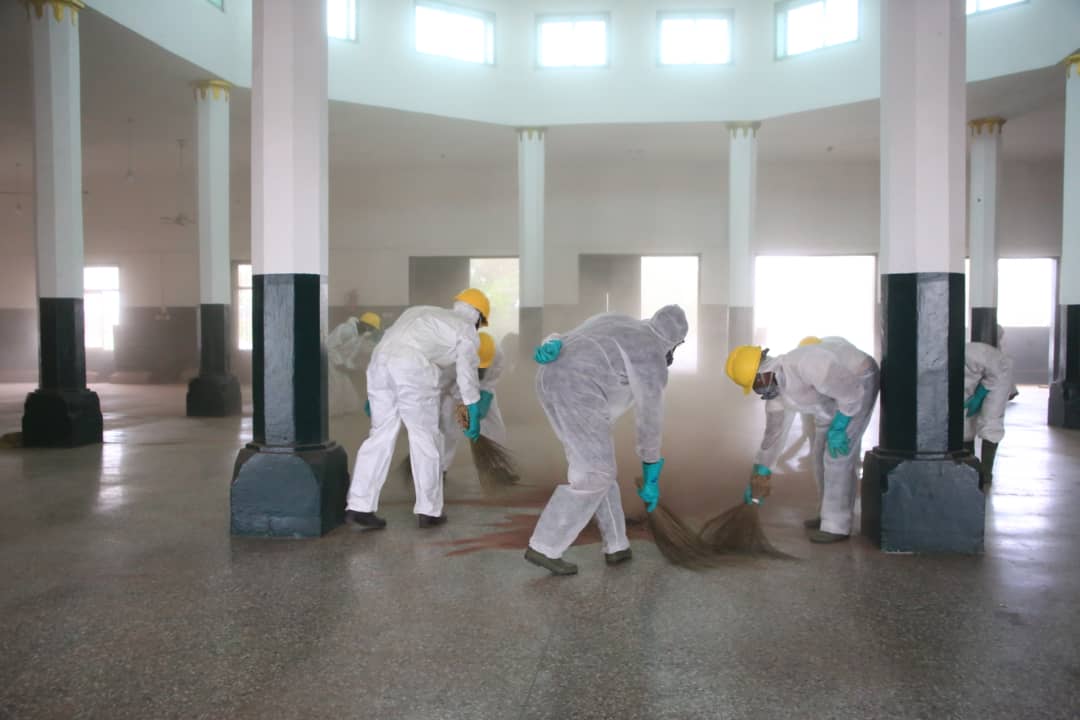 The exercise—which formed part of the company’s Corporate Social Responsibility (CSR)—came on the back of an appeal by the National Chief Imam, Dr Usuman Nuhu Sharabutu, to the government to help in disinfecting all Islamic facilities in the county.

The exercise began at exactly 7:20 a.m., with Zoomlion personnel sweeping the entire compound and the mosque and collecting the refuse into a skip truck for disposal.

The clean-up exercise at the Central Mosque paved way for the disinfection exercise which lasted for about four hours.

Facilities which were disinfected included the mosque, its compound, various offices, ablution bay among others.

Speaking to journalists on the sidelines of the exercise, the Spokesperson of the National Chief Imam, Imam Sheikh Aremeyaw Shaibu, who was there to observe the exercise, commended the swiftness with which Zoomlion responded by voluntarily disinfecting the national mosque—Central Mosque, Abossey Okai.

“We are grateful to Zoomlion for quickly taking the initiative, following the appeal we made during the virtual Eid-ul-Fitr celebration this year,” he expressed. 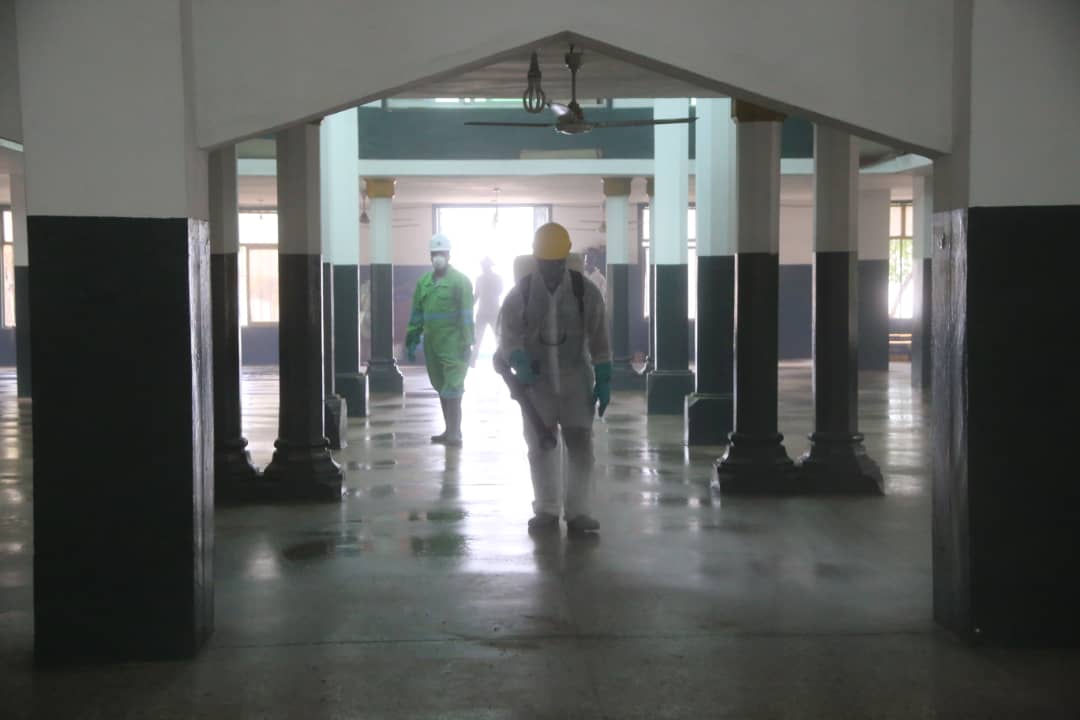 That request, he reiterated, was made by the National Chief Imam in anticipation of the easing down of the Covid-19 restrictions.

According to him, because they had no idea when the restrictions were going to be eased, the office of the National Chief Imam deemed it needful to seek the central government’s support for Islamic facilities across the country to be disinfected.

He was optimistic that the disinfection of the national mosque would send a signal to the central government to heed to their request for Islamic facilities to be disinfected.

He said that when the nationwide disinfection exercise comes into fruition, it will trickle down to the regional, district, community and neighbourhood mosques.

“In fact, the larger Moslem community will be educated to partake in this exercise by assisting Zoomlion in the general cleaning of the surroundings of the mosques,” he assured.

However, Imam Sheikh Aremeyaw Shaibu indicated that their appeal could be broadened where a national programme would be in place to include Christian worship centres.

“COVID-19 does not discriminate amongst religions so it will be good if such a gesture when implemented will cover other religions,” he urged.

While asking for government’s support in these unprecedented times, he admonished the citizenry to play their part in ensuring that the battle against Covid-19 is won.

Furthermore, he used the opportunity to speak against the stigmatisation of persons who have contracted Covid-19. 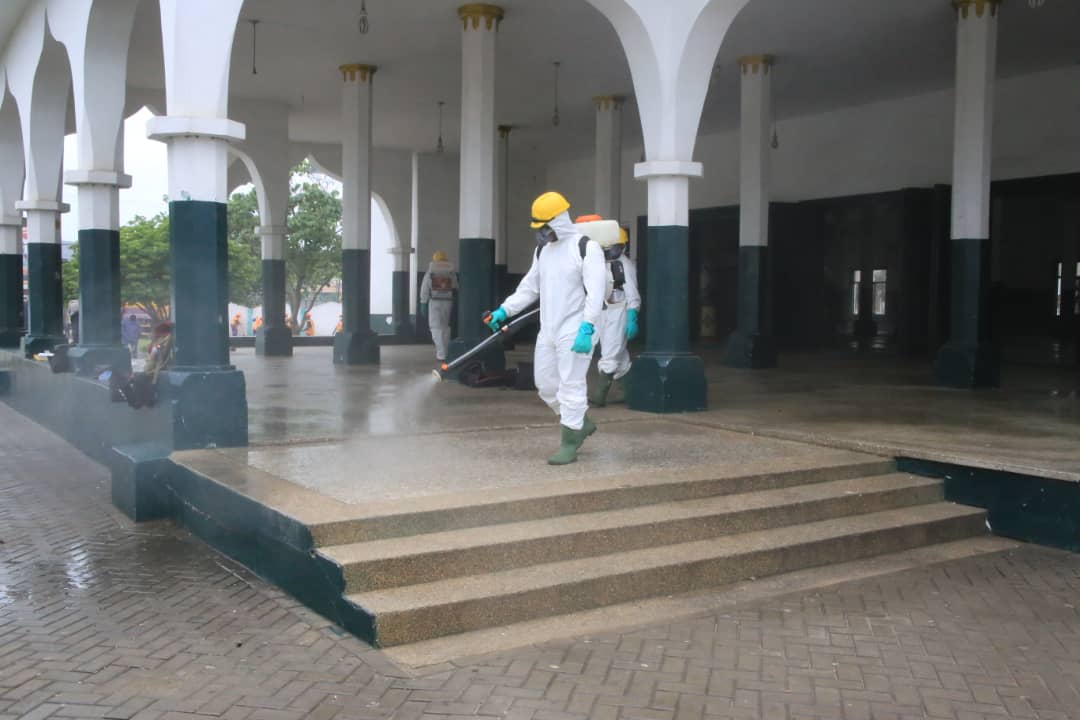 In his view, stigmatising people with Covid-19 was bad, insisting that “we should rather be showing them affection instead of stigmatising them.”

Though he admitted that the country’s caseload of Covid-19 was rising, he added that that should not cause any panic.

“It should rather give us hope that we are knowing people who are infected so that they can be isolated for treatment, adding that being infected with Covid-19 does not mean you are dying,” he said. 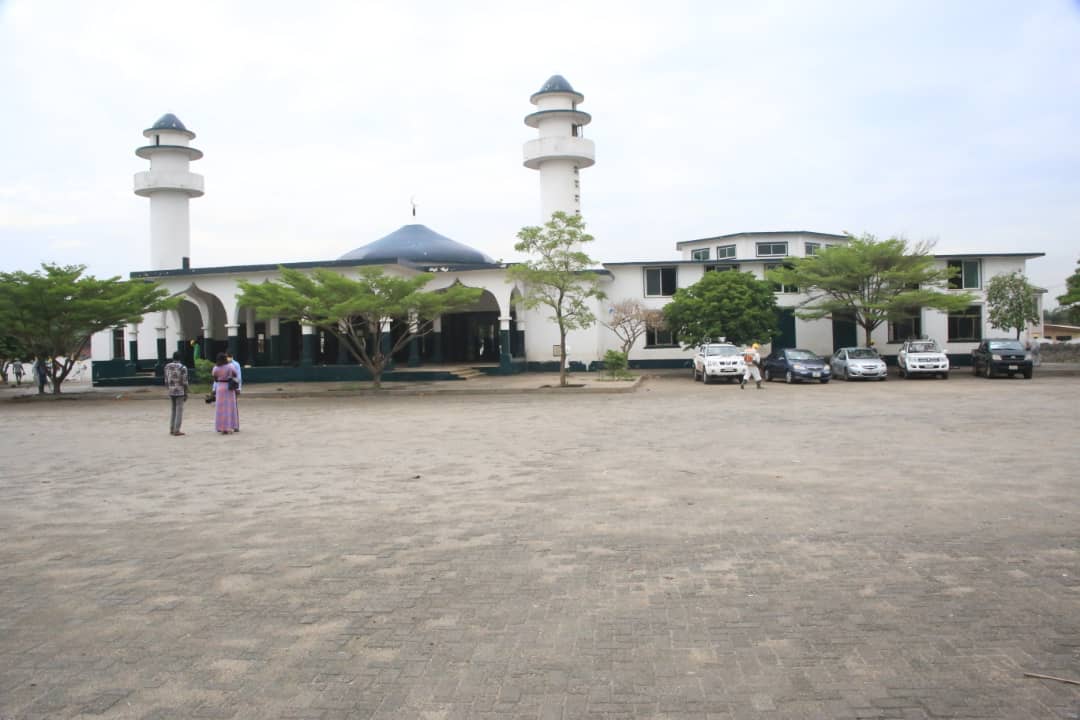 On measures outlined by the Moslem community in the event the Covid-19 restrictions were eased, Imam Sheikh Aremeyaw Shaibu disclosed that every mosque in the country would have a Covid-19 Committee whose objective would be to ensure that the safety protocols were strictly adhered to.

“Thus every mosque will have alcohol-based hand sanitisers at its entrance, Veronica buckets and soaps placed at vantage points to aid regular washing of hands and also observe physical/social distancing,” he said.

Furthermore, he disclosed that there will be thermometer guns at the mosques to check the temperatures of members who go to the mosque to worship.

“The ablution bay is open to everybody. That cannot continue under Covid-19, and so we will ensure that everyone comes with his own water can, and also encourage members to come with their own prayer rugs,” he stressed.

All these measures, he noted, would be enforced to ensure the safety of Moslems who go to worship at the mosque.

Imam Sheikh Aremeyaw Shaibu noted that they have had several meetings with the government at various levels, revealing that the most recent one was with the Council of State members.

He indicated that the Moslem community will have no problem if the Covid-19 restrictions were eased, but assured that they will play their part to help contain the spread of the virus.