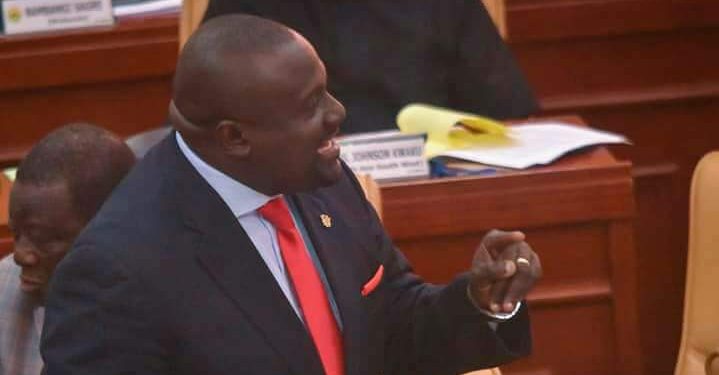 The Member of Parliament (MP) for New Juaben South and Chairman of Parliament’s Finance Committee, Dr. Mark Assibey-Yeboah has said that he is a fulfilled man, having served his people for eight years.

It will be recalled that Dr. Mark Assibey-Yeboah lost in the New Patriotic Party (NPP) parliamentary primaries in New Juaben South in June this year to the CEO of Ghana Free Zones Board, Michael Okyere Baafi, a man he has contested on two occasions.

He is one of the MPs whose defeat surprised people and political watchers sought answers to why he as a chairman of an important committee in Parliament wasn’t protected.

Dr. Assibey-Yeboah in an interview on Tuesday on the back of the Finance Minister’s presentation of mid-year budget review in Parliament on Thursday said he is not bitter about his loss.

Speaking on a plethora of issues ranging from his work in Parliament, his journey so far as a politician and how he feels after losing the parliamentary primaries despite his hard work, Dr. Mark Assibey-Yeboah said that he never regrets how he has done his politics over the years.

“If I had the chance to do it all over again, my politics won’t change much. I like the way I have done my politics at the local and national levels, and it has served me well,” he stated.

The Chairman of the Finance Committee was one of the few parliamentarians who despite losing elections on Saturday, 20th June, came to Parliament on Monday, two days after to work on government’s business.

When Dr. Assibey-Yeboah was asked why he is still devoted to the cause after a painful defeat, he responded that he has no time to be bitter when there is government business to be done and a general election to be won in December.

“I have a lot on my table to attend to in the next 14 days before Parliament rises. We have bills, loan agreements and tax waivers to work on. There is no time for bitterness when there is government business to be done,” he said.

Dr. Assibey-Yeboah revealed in an interview with Joy News that he has taken a decision not to return to Parliament again after the expiration of the 7th Parliament of the 4th Republic but since he is in politics for the long haul he would always contribute his quota.

“My objective is to work hard for Nana Addo Dankwa Akufo-Addo to get a second term in office so he continues his good service to the people of Ghana,” he added