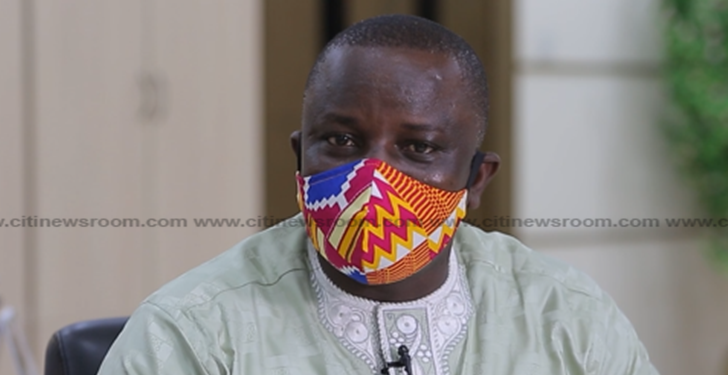 According to him, the military will not compromise the safety of Ghanaians for the interest of any individual, political party or tribe.

In an interview on Citi TV’s Face to Face program, the Minister who is also MP for Bimbilla said the military will go any length to protect Ghanaians  “by air, sea, land and by space.”

His comments come on the backdrop of accusations by the opposition National Democratic Congress (NDC) that the government is deliberately deploying the military to Ghana’s border towns to especially the Volta Region to intimidate residents prior to the commencement of the voter registration exercise.

Mr. Nitiwul who dismissed the NDC’s allegations, also vouched for the President’s adherence and insistence on the rule of law.

He added that “the Commander-in-Chief [of the Ghana Armed Forces] Nana Akufo-Addo will never try to use the military against any individual or any particular tribe and I can put my life on this.”

“I want to assure the people of Ghana that the Military of Ghana is to ensure that people are safe, to protect them and that is exactly what we will do. We will do that by air, sea, land and by space. Nothing more, nothing less. The military is not loyal to an individual, neither is it loyal to a political party,” the Minister said.

“The military is there to defend the people of Ghana. The Commander-in-Chief Nana Akufo-Addo will never try to use the military against any individual or any particular tribe and I can put my life on this”.

The Minister for Defence, Dominic Nitiwul had earlier defended Government’s decision to deploy the military along the country’s border.

According to him, the move by Government was part of efforts to prevent the country from a possible attacks on the country as reported cases of terror activities were increasing in neighbouring countries.

He explained that further deployments were necessitated as a result of instances of some individuals attempting to sneak into the country amidst the COVID-19 pandemic.

Mr. Dominic Nitiwul who is also a Member of Parliament for the past 15 years, argued that Government’s decision was in the collective interest of the country since there were over 250 unapproved routes in the country.

“We have over 250 to 500 unapproved routes, so when the lockdown came and in the process Immigration announced that that they have arrested over 5000 people that came into the country, the President ordered us to beef them up with police and soldiers, so on the 30th of March this year we sent soldiers to the borders to help the Immigration.”