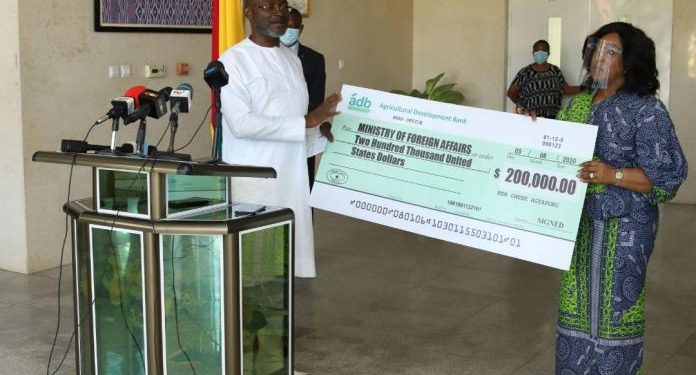 The Member of Parliament for Assin Central, Kennedy Agyapong has aided the government’s effort at evacuating some stranded Ghanaians in Lebanon with $200,000.

The donation will help cover the evacuation of 727 Ghanaians in Lebanon.

Addressing the media during a presentation to the Ministry of Foreign Affairs and Regional Integration, Kennedy Agyapong said other benevolent citizens also donated towards the evacuation.

The Minister of Foreign Affairs and Regional Integration, Shirley Ayorkor Botchwey while receiving the donation said the government will bear the cost of quarantine of evacuees just like it had done for other evacuees.

She also expressed her gratitude to Ken Agyapong and other Ghanaians who contributed towards the intended evacuation.

“On behalf of the Government of Ghana, the Ministry of Foreign Affairs and Regional Integration and, indeed, all Ghanaians and the families who will be benefiting from this generous offer, I wish to thank you, my colleague and brother, Mr Agyapong and all those who through your efforts have contributed to this noble cause,” she said.

There have been calls for the government to evacuate stranded Ghanaian citizens across the world amid the novel Coronavirus.

Over 150 Ghanaian nationals stranded in India recently called on the government to provide them with a timetable on their evacuation dates.

They said authorities at the consulate collected their data about two months ago for possible evacuation, but have since not heard any official communication on when that will be done.