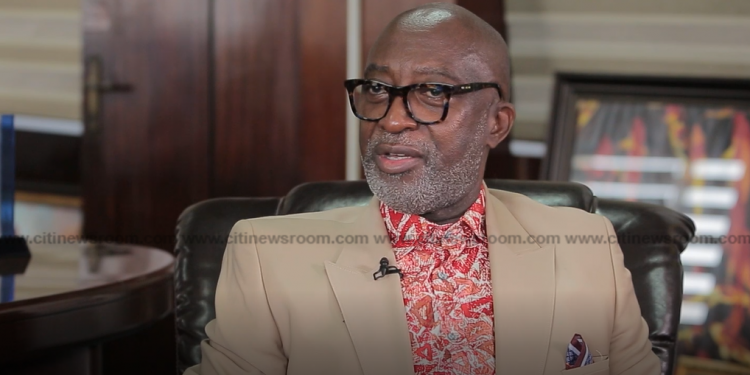 The Chief Executive Officer (CEO) of the Ghana Investment Promotion Centre (GIPC), Yofi Grant, has defended the government’s promise to construct an airport in the Central Regional capital, Cape Coast.

The promise was contained in the New Patriotic Party’s 2020 manifesto launched on August 22, 2020.

While some say the construction is justified, others also believe such a project makes no economic sense.

But speaking on Face to Face on Citi TV, Yofi Grant said there was enough investor-related evidence to back the establishment of a new airport in Cape Coast.

“The Central Region is becoming a hotbed for business. It is also becoming the nexus for tourism even within the sub-region. People can fly from Côte d’Ivoire or Kumasi to Cape Coast. Do you know the number of people who go to Cape Coast in a year? The Ghana Tourism Authority tells me that about 300,000 people go to Cape Coast alone for Tourism. If you talk about people who go to the Central Region, that may add up to about another 100,000 so you are already finding a population or market that moves speedily in and out. I always talk to investors and when I tell them to go to Cape Coast, they say they can’t go and come back because their flight is in the night and if they go by road, they might miss their flight.”

On proposals to rather dualise the road network to the Central Region instead of providing the airport, Mr. Grant was of the view that such arguments are not well-grounded, adding that the alternative is more expensive.

Describing it as a “fallacious argument,” Yofi Grant maintained it was still better to travel to the Cape Coast, which is a cradle for education and a hub for tourism and commercial activities by air and not by road.

“People don’t have to drive two hours to get to Cape Coast. It is a very false assumption that every tourist that comes is more interested in the scenery along the road than the destination (Cape Coast). It is a fallacious argument. You cannot make such an assumption. It will not be any better to dualise the road. It will be easier and happier for you to be in Cape Coast in 30 minutes than to spend two hours on the road with bad driving,” he said.

Tax appeals in Ghana: ‘Monetizing the right to justice’ [Article]

Tax appeals in Ghana: 'Monetizing the right to justice' [Article]