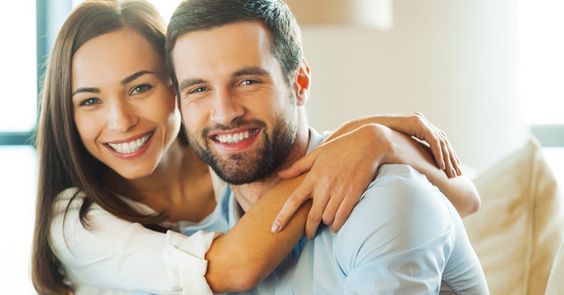 Security for men is an important factor in a relationship. We often hear the females complaining that they can’t get a man to settle down, however, when the men do settle down, they are in for the long haul. Security does not only mean that the women will leave them, but it also indicates being secured about sharing their hopes and dreams with her. To build a future with that specific person.

Its actually a funny thing that in a relationship, it’s the female group that wants to spend every single moment together. Men, on the other hand, wants their own space and want to spend some “alone time”. You will often see the guys opting for a study, garage or gym space in their homes where they will lock themselves away to stay alone for a while. This is not because they are tired of their partners but rather they need it. Give him some space, allow him to go out with his friends for a drink and leave him alone when he is watching that football game. Giving him space will only make your relationship stronger and besides, he will eventually come back to you when he senses your absence.

Men have always been told to be the stronger of the two sex. They need to be one to protect others, be the rock for the women, and cannot be seen as weak. This weakness includes being emotionally available. As a result, they are always in that bottled up stage where they can’t really express themselves. However, just as women need time to open up sexually, men also require that time to express themselves emotionally. In fact, if you can make them open up, that means you have succeeded as a loving girlfriend or a wife. Always be there for your man, encourage him to open up and hear him out. It’s a very simple thing to do.

A vital part of a successful relationship is healthy communication and a good sexual connection. Both men and women need intimacy to flourish in a relationship but as it stands, men need it more. That does not mean sex is all that men think about. In simpler terms, men want that sexual connection to as a way to feel that the female is still attracted to them. Call it, some sort of self-assurance. It doesn’t always have to be a long steamy sex between the two of you, it can be something as simple as kissing him, getting into some foreplay before work or some casual fun.

You will see men go at lengths to get the respect they feel they deserve. Call it a guy’s thing but having the respect of the people they care about means a lot to them. And this involves the respect of their partner and loved ones. Men want to be respected by their partner in terms of the job they are doing and how the decisions they are taking to affect the relationship and so on. If you don’t respect them, then you will notice a sense of insecurity creeping inside him.

There is no denying that the men species have larger egos than their female counterparts. Even though females require the constant need for approval and shower of praises, men need it every once in awhile as well. They also need a sense of approval from their partners regarding their jobs, ambitions and almost every single thing. So ladies, if there are certain aspects of your men that you like, then feel free to let them know about it. It won’t make them arrogant, but rather it will make them feel good and they will in return treat you better.