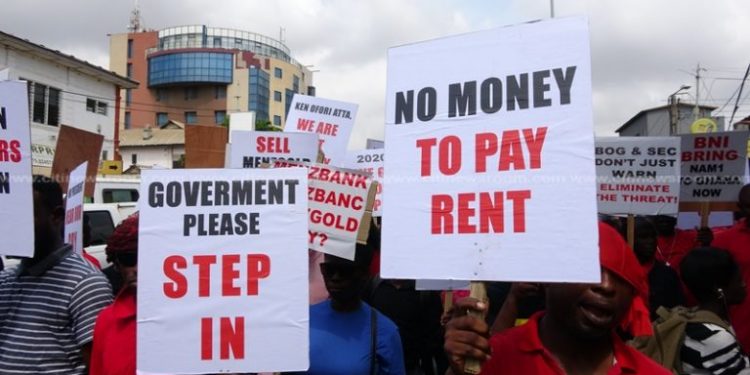 The Coalition of Aggrieved Customers of Menzgold wants its members to be included in government’s bailout package for depositors whose funds have been locked-up in some collapsed financial institutions in the country.

The customers say it is only appropriate if they are made beneficiaries of the bailout package since Menzgold falls under the jurisdiction of the Securities and Exchange Commission (SEC).

“We write on behalf of members of the Coalition of Aggrieved Customers to request that customers of Menzgold Company Limited be made part of the beneficiaries of the bailout fund for depositors of collapsed institutions by Securities and Exchange Commission,” the Menzgold customers indicated in a statement.

They contend that the government’s failure to have the locked-up cash paid has brought unbearable hardship on them resulting in the deaths of over 60 people leaving many others with various health issues while many others remain bedridden.

Following an order from SEC to suspend aspects of its operations in 2018, Menzgold has since struggled to pay its customers their monies.

The estimated cost of the state’s fiscal intervention, excluding interest payments to depositors, from 2017 to 2019 was pegged at GHS16.4 billion.

The Commission recently disclosed that government is set to announce a bailout package for clients of the 53 defunct Fund Management Companies (FMCs).

However, the package will be given in phases with the first phase covering clients of the twenty-two (22) companies currently under official liquidation.

SEC has also assured that no customer will be excluded in government’s bailout package for persons whose funds have been locked-up in the 50 defunct fund management companies since November 2019.

Mahama and the digitization of Ghana’s economy [Article]

Mahama and the digitization of Ghana’s economy [Article]