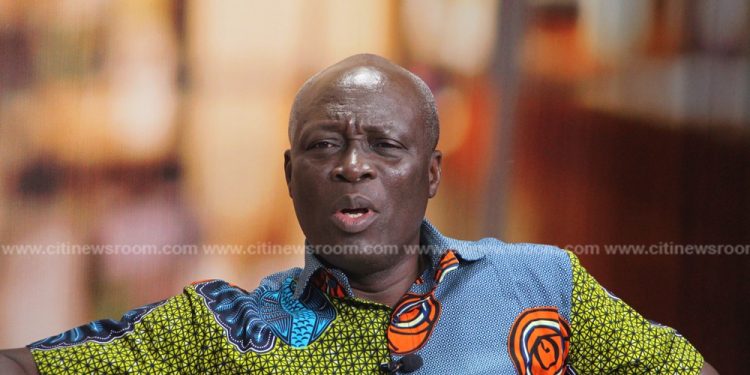 The Member of Parliament for Odododiodoo, Edwin Nii Lantey Vanderpuye says the flagbearer of the National Democratic Congress (NDC), John Dramani Mahama will not apologise over the “Akyem Sakawa boys” tag.

The Chiefs and people of Akyem Abuakwa, Akyem Kotoku and Akyem Bosome issued an ultimatum to the NDC flagbearer to retract and apologise for the tag or risk being banned from campaigning in the area.

They demonstrated against the NDC and its flagbearer at Asamankese on Wednesday, September 9, 2020, over the issue.

They argued that it has the tendency to plunge the nation into chaos if not condemned by all Ghanaians.

But the Odododiodoo legislator in a Citi News interview said the call on Mr. Mahama to apologise is misplaced.

“Our flagbearer will not apologise for anything. The people who vote for us in the Akyem area will continue to vote for the NDC irrespective of what has happened.”

“We have much more respected members in the NDC who hail from that area. Our National Chairman is an Akyem, the Chairman of our Manifesto Committee is an Akyem and a Royal so, there are people in our party who are Akyem.”

The NDC Member of Parliament for Bolgatanga Central, Isaac Adongo used the descriptor in a write-up critiquing the Agyapa Royalties deal.

The write-up was shared on John Mahama’s Facebook page.

Mr. Mahama’s comments and his subsequent defence of the tag have been condemned by President Nana Akufo-Addo who said: “that is the kind of language we don’t want in our politics.”

The President also said he expected more outrage over the comments.

The Media Foundation for West Africa (MFWA) has also condemned Mr. Mahama over the tag.

The Foundation insisted that Mahama’s sharing of the article on his Facebook page “amounts to republication and an endorsement of the ethnocentric comments.”