‘NPP at sea; not aware of real aspirations of Ghanaians’ – Sam George 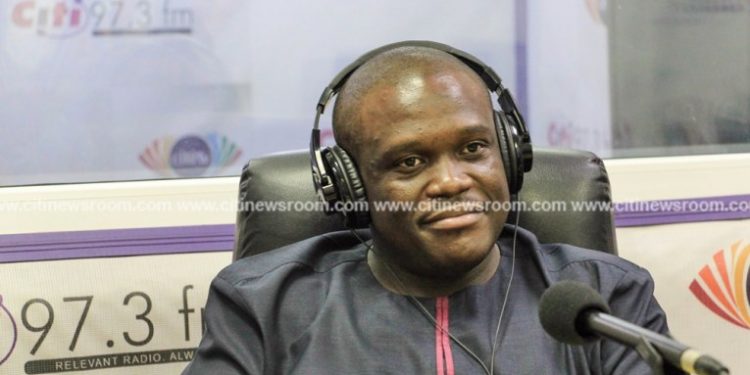 A spokesperson for the National Democratic Congress (NDC) on infrastructure, Sam Nartey George, says Ghanaians continue to suffer hardship because the governing New Patriotic Party has drifted into oblivion.

To him, the Nana Akufo-Addo administration has totally failed the citizenry because it lacks a proper understanding of the real needs of the ordinary Ghanaian.

His comments follow the NPP’s continued questioning of the credibility of opposition leader John Dramani Mahama in fulfilling his campaign promises should he win the 2020 general elections.

Speaking to Umaru Sanda Amadu on Eyewitness News on Tuesday, the Ningo-Prampram Member of Parliament maintained that the scathing attacks from the NPP are borne out of its own incompetence and the NDC’s zeal to bring more relief to the Ghanaian people.

He added that the difficulties and lack of development being experienced in the country is as a result of nothing but the confused state of the ruling party.

“The cabinet ministers do not understand the needs of Ghana; so how do they fix the problems? We are a government in transition. A government that was in power for four years, we were in transition for another four years and we are coming back to complete the job that we started. For most of our infrastructure that has stalled under this government, we are coming to continue it. The government of the NPP is completely at sea. They do not understand what the real needs and aspirations of ordinary Ghanaians are. The NDC does and we will present the aspirations of ordinary Ghanaians,” Sam George said.

Economy under Akufo-Addo working for a few people – Mahama

Speaking at the National Democratic Congress’ (NDC) manifesto launch on September 7, 2020, the former President promised to fix the economy for the benefit of all Ghanaians if elected in the upcoming general elections.

“Ghana’s economy is not working for the people, it is working for only a few. We will fix the economy and make it work for all Ghanaians. We will fight the disastrous effect of the poor economic performance of this government.”

“We will put an end to the vindictive targeting and collapsing of Ghanaian businesses. We have done this before. We have ensured the longest sustained period of single-digit inflation.”

The former President further indicated that the general elections will be a rescue mission from the abyss to which Ghana is fast sinking.