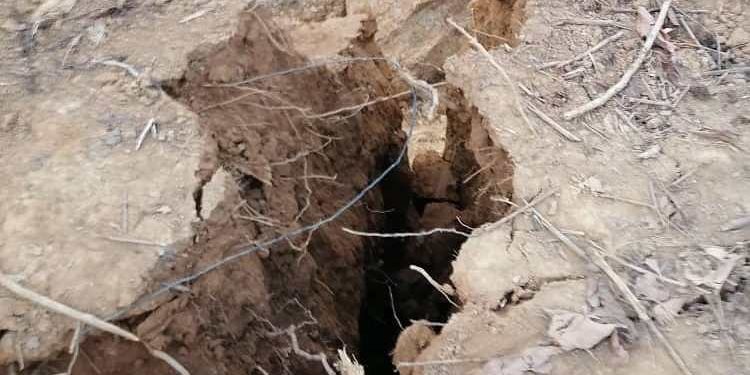 Five persons are feared dead whilst fifteen others have sustained severe injuries after an illegal mining pit caved in at Ayamfuri in the Upper Denkyira West District of the Central region.

Citi News sources say the illegal miners were working in an abandoned mining pit between Ayamfuri and Gyaman when the unfortunate incident happened.

Speaking to Citi News, the Upper Denkyira West District NADMO Director, Mr Isaac Gyasi indicated that the bodies of the deceased have been deposited at the Dunkwa government hospital morgue.

“At around 3 pm yesterday [Thursday] we had information that some illegal miners who were operating between Ayanfuri and Gyaman in the Upper Denkyira West had died after the mining pit they were working in caved in.”

“Rescue team involving the Police and NADMO moved to the area and were able to rescue the 20 illegal miners but unfortunately for them, five persons died in the process,” the Upper Denkyira West NADMO Director told Citi News.

According to the District NADMO Director, the mining pit belongs to a mining company operating in the area but the illegal miners found their way into the pit to work leading to the unfortunate incident.

“From what I know, this mining pit belongs to a mining company operating in the area but these illegal miners found their way into the pit to work after it was used by the mining company,” Isaac Gyasi said.

He noted that the NADMO and the Police will move to the area again today, Friday to continue with the investigation.

“The bodies of the five persons who died have been deposited at the Dunkwa Government hospital while the fifteen persons who sustained several injuries are being treated,” the NADMO Director added.