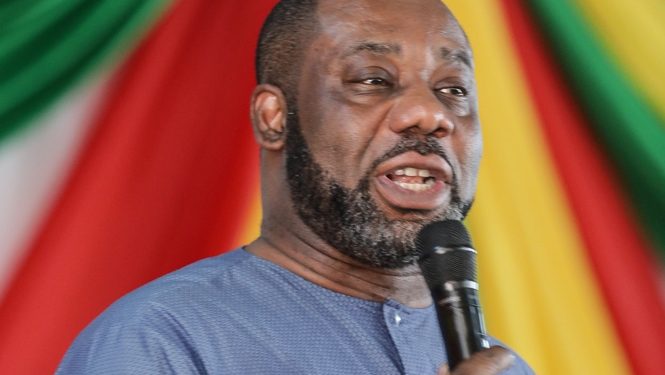 The Minister of Education, Dr. Mathew Opoku Prempeh says the government’s decision to promote teachers based on their performances in an aptitude test instead of interviews has proven to be more efficient.

According to him, the process has even eliminated administrative bottlenecks in the promotion of teachers.

He argued that the previous method of merely interviewing was too tedious and prone to abuse.

“The interviews are very expensive and also a laborious system. There are complaints of bribery and corruption and victimisation by the teachers themselves. This is what has led to the new process.”‘

He also said the fact that teachers unions were more involved in the process was further positive.

“This helps in creating a system that is efficient by replacing face to face interview with an aptitude test.”

Already, the National Democratic Congress (NDC) and its flagbearer, John Dramani Mahama have promised to bring back the automatic promotion of teachers in the country should they win the 2020 elections.

Mr. Mahama is also seeking to use his re-election to cancel, the controversial teacher licensure exams to give teachers what he says is the freedom and peace that have been deprived of them since the assumption of the New Patriotic Party (NPP) government.

The former President also criticised the government for what he calls unnecessary gagging of teachers in the educational sector.

“We will bring back the automatic promotion of teachers and cancel the teacher licensure exams. They say that we introduced the licensure exams, [but] to be clear we never sort to use exams as a means of licensing teachers,” he said.