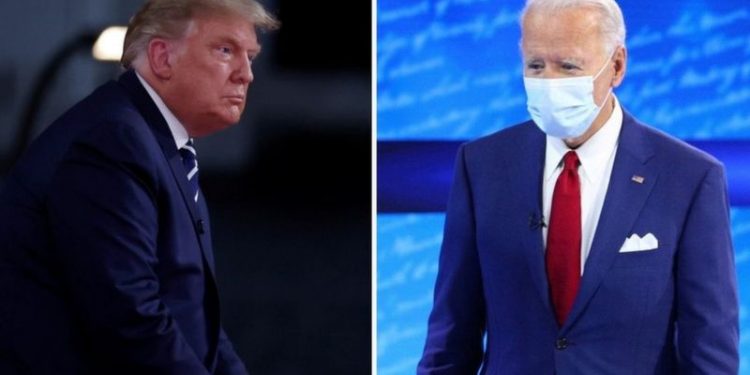 Democrat Joe Biden on Wednesday predicted victory over President Donald Trump after winning two critical U.S. states, while the Republican incumbent alleged fraud, filed lawsuits and demanded recounts in a race yet to be decided a day after polls closed.

While stopping short of declaring victory, Biden launched a website for a transition to a Democratic-controlled White House. His team called it buildbackbetter.com and declared “the Biden-Harris Administration can hit the ground running on Day One.”

As Trump spent part of the day airing grievances over Twitter, Biden pledged to govern as a unifier if triumphant.

“What brings us together as Americans is so much stronger than anything that can tear us apart,” Biden, appearing with his running mate Kamala Harris, said in his home state of Delaware on Wednesday.

At the moment, not including Wisconsin, where the Republican Trump has demanded a recount, Edison Research gives Biden a 243 to 213 lead over Trump in Electoral College votes, which are largely based on a state’s population.