The Special Prosecutor, Martin Amidu says his corruption risk assessment report on the Agyapa Royalties Agreement must be taken seriously and not trivialized.

Mr. Amidu said this in a statement issued on Tuesday, November 3, 2020.

He issued the statement on the back of separate statements released by the Jubilee House and the Ministry of Finance in reaction to the corruption risk assessment report from his Office.

“The Office of the Special Prosecutor was either seriously intended to prevent and fight corruption or was only intended as a show piece to be trivialized. The sixty-four (64) page report must be taken seriously to make corruption a very high-risk venture in Ghana,” he added in the statement.

Mr. Amidu after analysing the controversial Agyapa Royalties Agreement produced a 64-paged report on the agreement.

In his report, Mr. Amidu raised red flags over the deal and took a swipe at the Minister of Finance and other officials who contributed to processes that led to the approval by Parliament.

The Special Prosecutor insisted that several processes were flouted prior to the parliamentary approval.

The Finance Minister, Ken Ofori-Atta in a statement rejected the claims by the Special Prosecutor.

Reacting to the corruption risk assessment report, a statement from the Jubilee House signed by the Director of Communications at the Presidency, Eugene Arhin, among other things directed the Ofori-Atta to send the agreement back to Parliament for the approval processes to begin from the scratch. 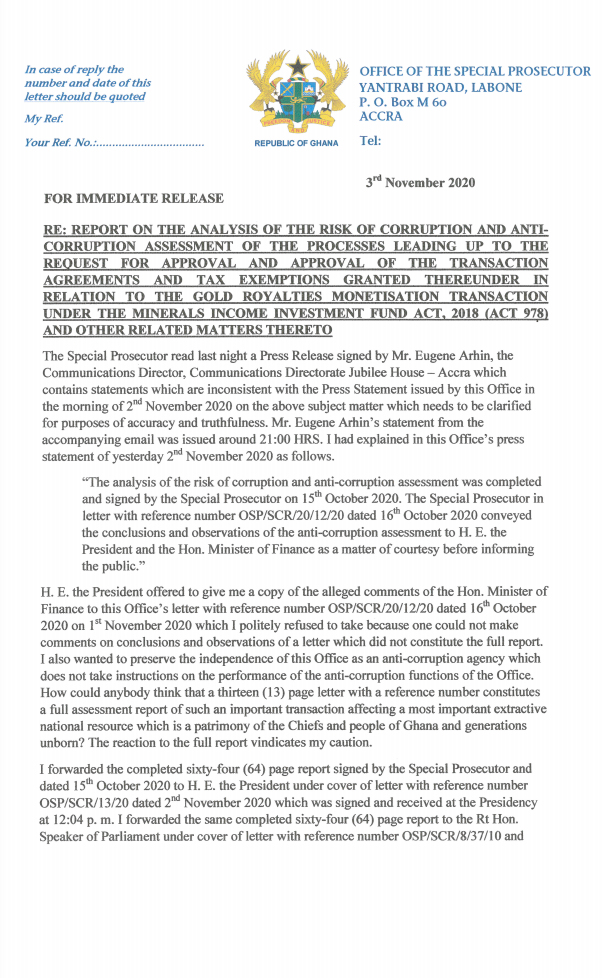 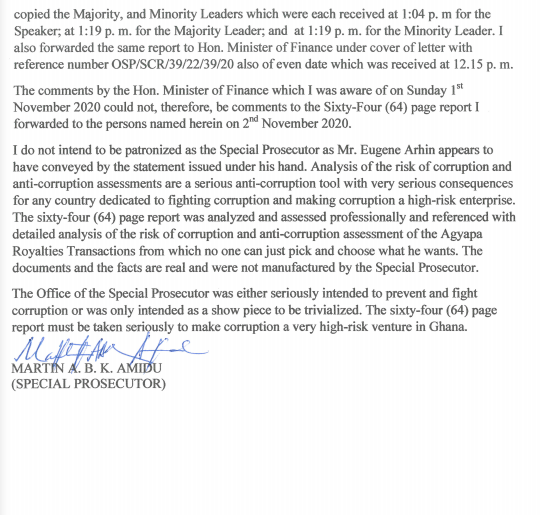 The New Note 8 – Infinix unveils an all-rounder for success

Ghana’s politics has strong ties with performing arts. This is how it started [Article]

Ghana’s politics has strong ties with performing arts. This is how it started [Article]