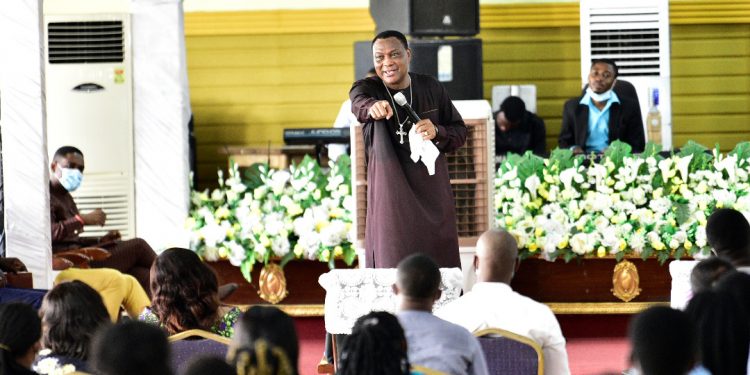 Founder and Apostle General of Royalhouse Chapel International, Most Rev. Sam Korankye Ankrah, has called on political parties to put the country first in the up-coming general elections in December.

According to the Reverend Minister who has over the years provided spiritual direction for the country in times of crisis, political parties that do not come up tops in the election should concede defeat and support the winner.

“When the winner of the elections is announced by the Electoral Commission, all the other candidates must concede defeat,” he stressed.

He made the call during the presentation of a sermon entitled “How to live wisely with your enemy,” from the biblical text 1 Samuel 24:20, where King Saul accepted that David, his opponent, would be king after him.

Apostle General thus urged politicians to emulate this attitude of King Saul and allow the person that God chooses in the December polls to take the reins of power in peace.

“We don’t want trouble in this nation,” he said.

“Put Ghana first” he urged, reminding the nation that no political party would rule forever, and that governance is a system that would have different people leading at different points in time.

Rev. Sam Korankye Ankrah also called on members of political parties to desist from feeding their leaders with negative advice and false information, which often times causes the leaders to make bad decisions.

He concluded that conceding defeat is not a loss, but it rather opens doors of favour and goodwill.