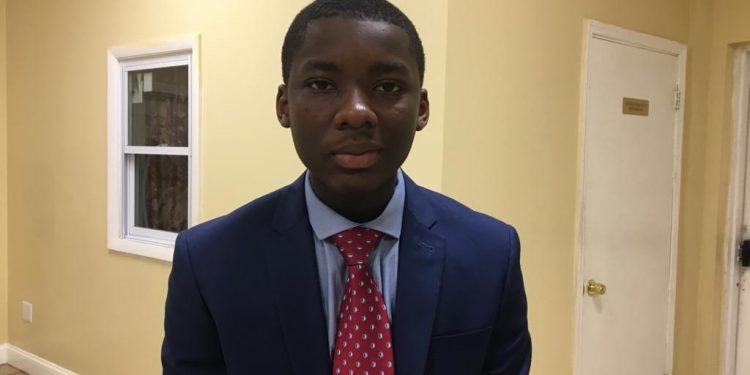 A blue wave is coming, the democrats will win the senate, the house and the presidency. This was the message plastered on almost every mainstream media chyron as November 3rd crawled in. The republicans don’t stand a chance they said, the people have spoken.

The polls show that the people don’t want conservatives in power they said. Believe us, there is a blue wave coming and it is going to undermine the president and all of his racist policies that he has enacted, that’s what many CNN correspondents assured voters in the weeks leading up to the election.

It’s been almost two weeks now since the election and people are asking where is the blue wave we were promised, where is the underdog upset we were promised? Why is it that instead of this blue wave, democrats rather lost seats in the house and failed to take any legislative chambers? The answer is quite simple and boldly in our faces. The polls were wrong! The polls were wrong in 2020 just like they were in 2016 when they predicted a massive landslide win for Hillary Clinton.

You would think that the people at MSNBC, CNN and Washington post would have learnt their lessons after such a shattering defeat wherein Trump had destroyed Hillary Clinton 306 to 232. Awestruck and dumbfounded, many news media correspondents and people like Rachel Maddow, Trevor Noah, asked themselves how did this happen.

We were assured absolute victory, the polls said so. But the problem with the polls is that people, when confronted, do not often voice out what they truly believe. They will speak in public telling those who control the media and the narrative what they want to hear and then in that same breath turn around to vote red on the ballot.

Researchers call that social desirability bias, SDB for short, the conservative right calls it “the silent majority”. It’s hard to accurately determine what the will of the public is when there are certain external factors that cause them not to want to willingly volunteer their political beliefs, Antifa has been known to terrorize people who do not
lean left and they have been known to engage in fear campaigns wherein they dox out the private information of citizens who support Trump.

Not too long ago Tucker Carlson, a Fox News host was met with a mob outside his home chanting “ we know where you sleep at night”, the reason for this breach of privacy and lack of simple decency? Tucker Carlson dared to stand against the left and voice out what he truly thinks and feels political.

Antifa has terrorized people to the point when even given the chance to opt for an anonymous poll, the people would rather lie than reveal how they truly feel about their governing body, their elected officials and their beliefs on the types of policies we should enact as a people.

It hasn’t been only Antifa that has engaged in such disgusting vile behaviour. Politicians like Alexandria Ocassio Cortez have been also implicated in these heinous acts going as far as to ask their supporters to harass people who openly support the president as well as stepping forward to congress to ask that a list be made of those who donated to the 2020 and 2016 Trump campaign.

All of these factors lead people to generally feel unsafe voicing out their true opinions because they know the backlash they will receive and they have seen what lengths these modern-day brown shirts will go to in order to silence them.

The polls will never be 100 percent accurate and they never have been, but this past decade has shown the greatest flaws in the polling system. The polls failed to account for the shifting in demographics in the minority
communities which have historically been largely democrat.

The coming of Trump in the 2016 election brought a fresh face to politics, someone who wasn’t part of the established legislative elite. This might have led to many minorities begin to slowly shift their allegiances. Trump famously said to a crowd of voters “ what have you got to lose” and it seems many minorities took him up on that offer as the numbers show that Trump has done better with minorities than any GOP candidate in the last 60 years.

The polls most likely did not reflect these changes because of SDB, minorities might be less inclined to truly voice
their opinions of their president because of the negative light he has been painted in, because there is a larger mass of minorities that are still voting blue, those who vote red might not be willing to put themselves out there to pollsters.

Ultimately the errors in the polls can be attributed to a myriad of other factors, but in my personal opinion, the reasons the polls showed such historical errors in the past elections has to be because of the fragmented and divisive political landscape in America as of today.