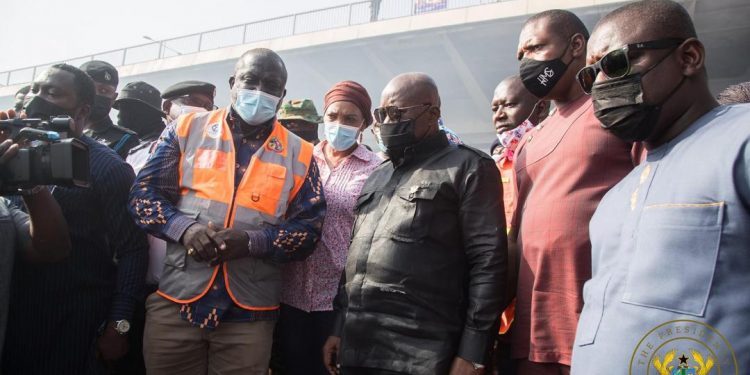 President Nana Addo Dankwa Akufo-Addo has announced plans by the government to undertake a rewiring exercise of all markets in the Greater Accra Region.

The President says this will be one of the surest ways to address the perennial fire outbreaks in markets in the city.

The President was speaking during a visit to the Odawna market on Wednesday after fire razed the entire Pedestrians Shopping Mall close to the Kwame Nkrumah Interchange.

“A decision has been made to rewire all the markets in Accra. And obviously, this is just the beginning. We will keep the people informed about the steps the government is taking. It [fire incident] is a big tragedy.” 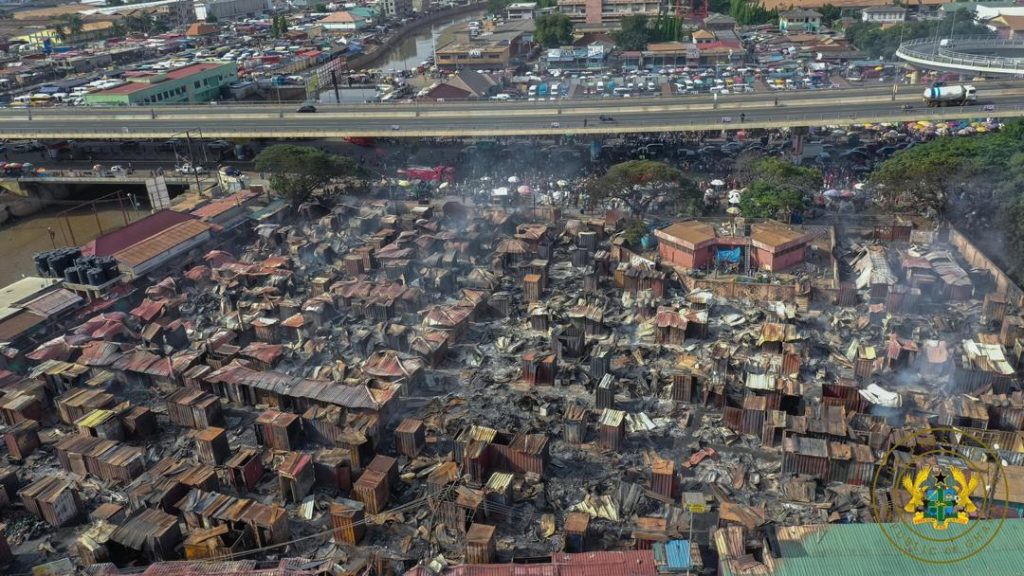 There were no casualties beyond the destruction of traders’ wares and shops. 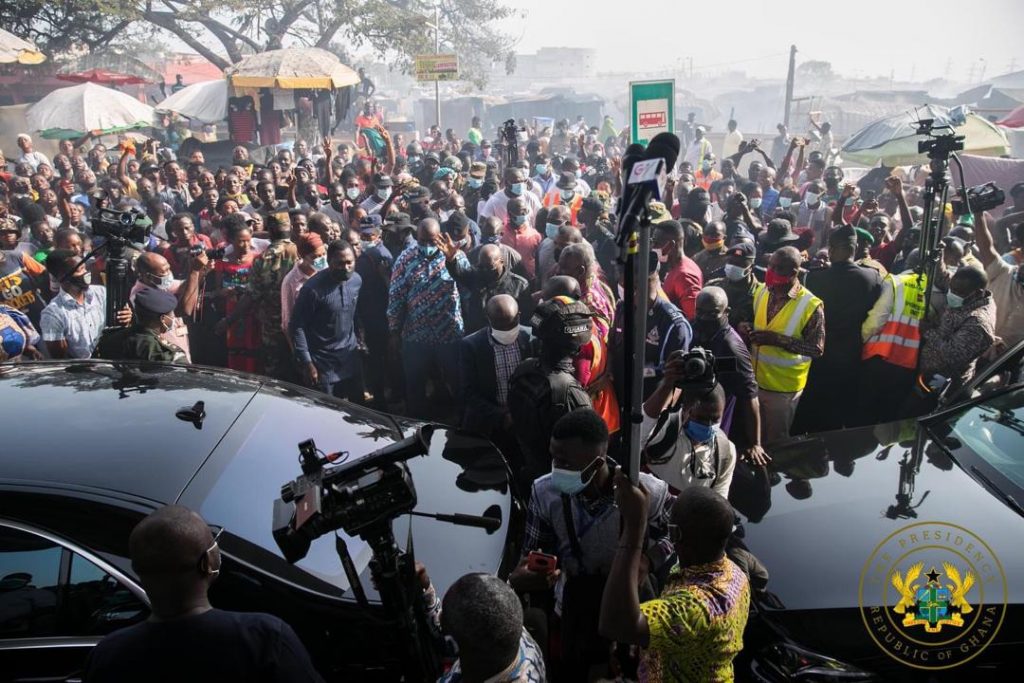 Investigators are yet to ascertain the cause of the incident.

President Akufo-Addo also directed the National Board for Small Scale Industries (NBSSI) to make available funds to support traders who had their wares destroyed by fire.

According to President Akufo-Addo, this is to help the affected traders recover from their losses.

“Through the NBSSI, support is going to be provided to the over 3,000 persons affected by the fire, within two (2) weeks. I also indicated that the Government will undertake the re-wiring of all markets in Greater Accra to forestall such tragic occurrences in the future.”