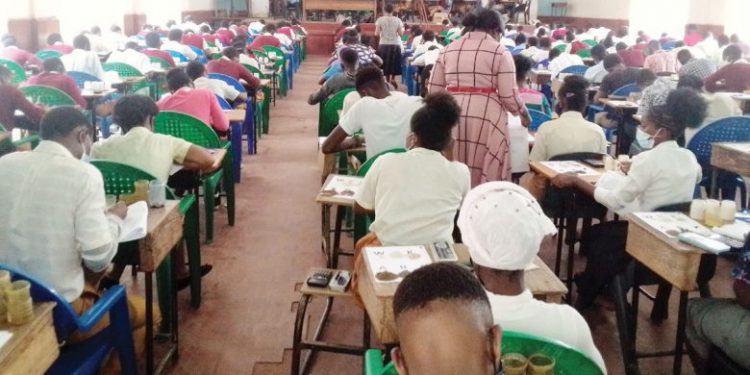 The final secondary school exams in Malawi have been cancelled after papers were leaked, prompting angry pupils to take to the streets in many parts of the country to protest.

The cancellation affects the future of more than 154,000 pupils.

The examinations board took the decision because the integrity of the exam could not be guaranteed after papers were widely shared online, the education minister said.

Normally, the Malawi School Certificate of Education exams are held in June but were postponed after schools abruptly closed due to the Covid-19 pandemic.

Pupils started their exams on 27 October and were due to finish in mid-November. The exams have been rescheduled for March.

Nearly 40 pupils, along with a teacher and businessman, have been arrested for allegedly being in possession of papers.

Two pupils were arrested over the riots which broke out after the exams were cancelled.

In the capital, Lilongwe, traffic was disrupted as angry students blocked roads and stoned cars.