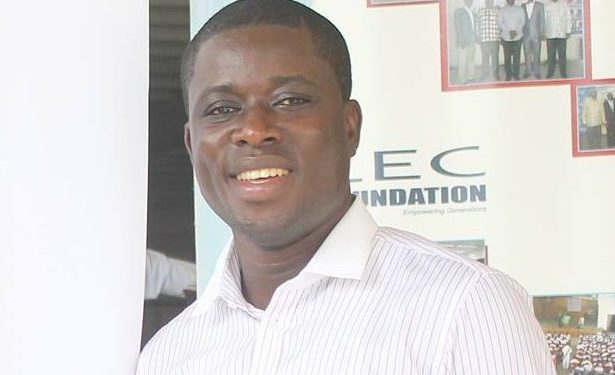 A member of the National Communications Team of the opposition National Democratic Congress (NDC), Mr. Elikem Kotoko is demanding the immediate resignation of the Finance Minister, Mr. Ken Ofori Atta over the Agyapa Royalties deal.

“What is coming from the Finance Ministry and the Minister himself is very dangerous and inimical to the progress of this nation. What at all is so needed at this moment for this transaction and you they ask them, they say, they want to engage in other developmental projects.”

“CDD in 2017 made Ghanaians aware that this government has sunk over GHS9.6 billion which translates into $1.68 billion dollars into corruption. That alone is far more enough than what they are going to collateralize our mineral royalties for. Ghana is a country that generates over $200 million dollars in our mineral royalties, and they want to exchange that for $500 million.”

He concluded by calling on President Akufo-Addo to sack Mr. Ofori-Atta and all officials involved in the deal if they don’t resign.

“Sadly, with the monies they have borrowed, there is nothing to show for it and now that it is just a few days to the elections, they tell us they need to embark on developmental projects. What exactly is this government in a rush for?”

“What Martin Amidu said in his report clearly indict the Presidency, the Finance Ministry, and the Minister himself and all those who orchestrated this whole thing are still at post? He (Finance Minister) should be resigning by now or be fired by the President like it was done to Mr. Agyarko. In all that we are reading, he has the nerve to respond to the President in that memo trying to justify this. The president should be firing him now.”

Mr. Kotoko made these comments when he appeared on the news review segment of Citi TV’s Breakfast Daily show on Tuesday, November 3, 2020.

What did the OSP say?

He also disclosed that the selection and appointment of advisors for the agreement did not meet the “fundamentals of probity, transparency, and accountability.”

“All the parties to the Mandate Agreement are deemed to have known the law but ignored it with impunity in signing and implementing the Mandate Agreement which is null and void ab initio as violating the Public Financial Management Act, 2016 (Act 921) and the Public Procurement Authority Procurement Act, 2003 (Act 663) as amended. This conduct which appears to have been in furtherance of the suspected bid-rigging, in the assessment of this Office severely lowered the risk of corruption, and rendered them a low risk enterprise in the Agyapa Royalties Transactions process and their approval.”

His 64-paged document added that: “It is with these new lenses that the analysis of the risk of corruption, and anti-corruption assessments of the legality of the engagement of the other services providers and underwriters on the recommendations of the Transaction Advisors acting as the Ministry of Finance’s procurement entity tender committee contrary to Part VI of the Public Procurement Act, 2003 (Act 663) as amended, and Sections 7 and 25 of the Public Financial Management Act, 2016 (Act 921) afore-quoted were made.”