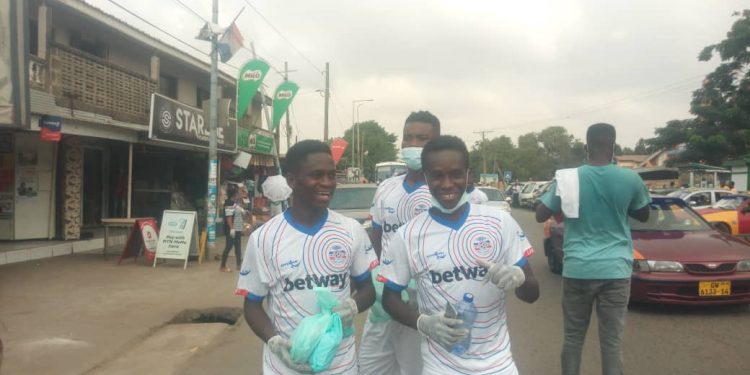 One of Ghana’s football giants, Liberty Professionals Football Club, has marked this year’s Christmas festivities with the distribution of food and assorted soft drinks to the less privileged in the Dansoman Community and its environs.

The move, according to the Dansoman based club is part of its Corporate Social Responsibility (CSR) and a way of touching base with the fans in the community. 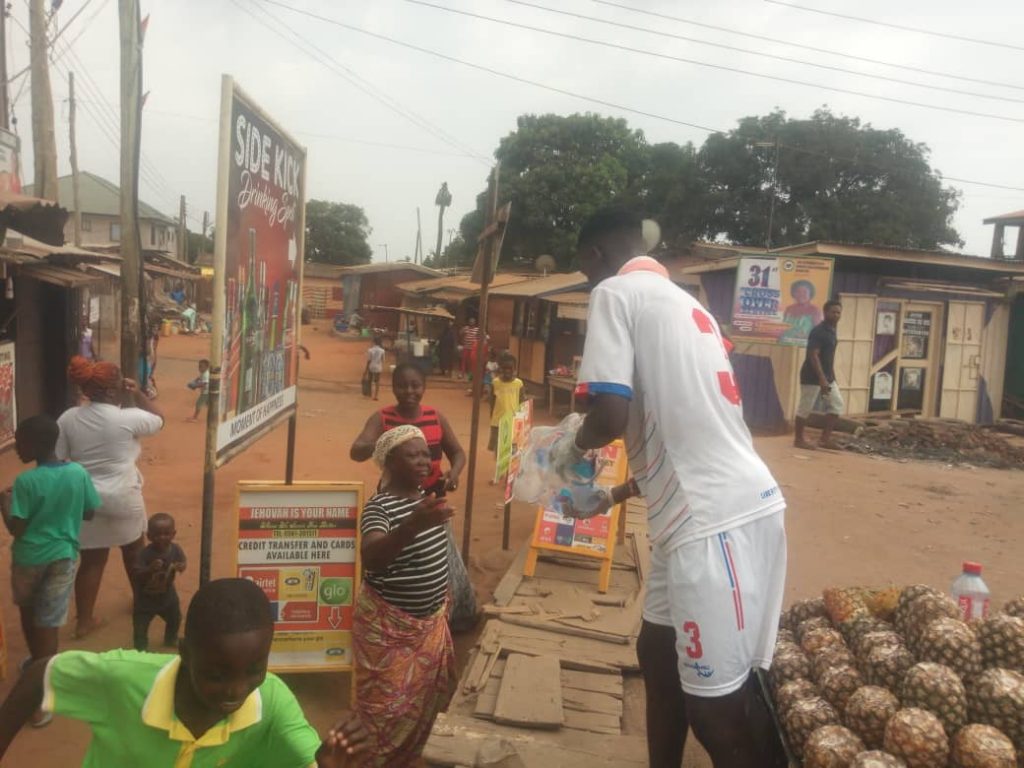 Led by the energetic Chief Executive Officer of the Club, Linda Ansong , the management and playing body distributed the food and drinks to over a thousand persons within the communities visited.

The distribution started from the Dansoman Roundabout, through to Tunga, Dansoman Laststop and other adjoining settlements.

The visibly excited fans thanked the team for the gesture and also encouraged the players to put up their best in the ongoing Ghana Premiere League. 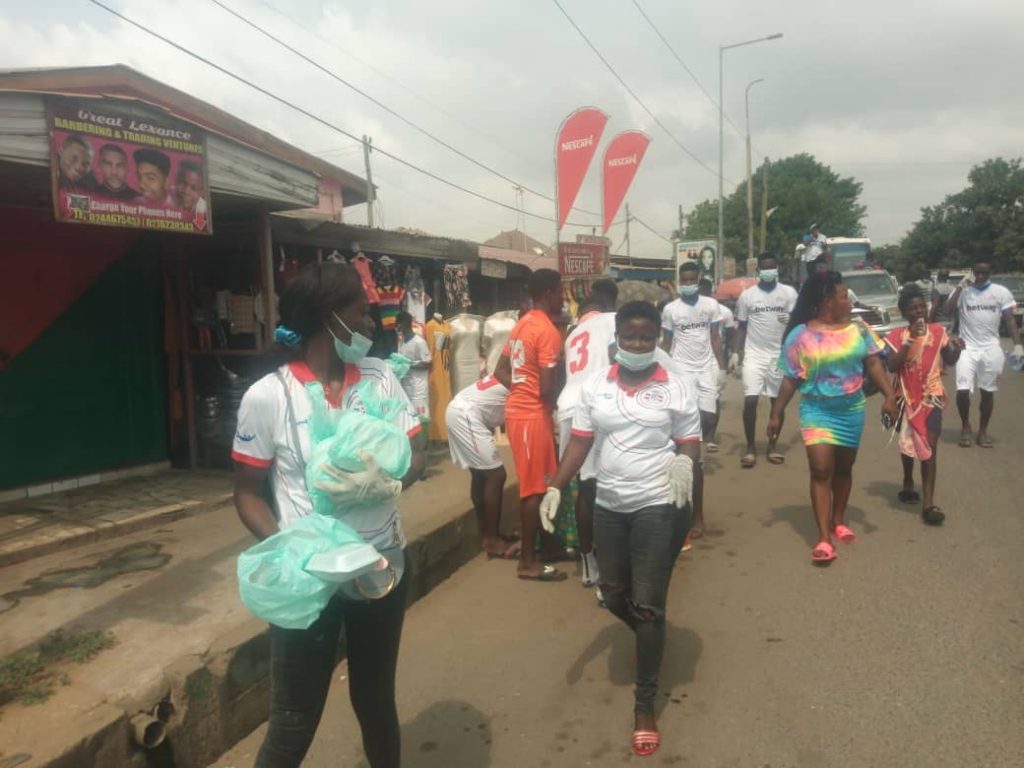 Speaking to the media, Chief Executive Officer, Ms. Linda Ansong said she was full of joy with the success of the event, especially not only touring the area with the players and the management, but, sharing the little the Club has on Christmas day.

“I am actually shocked because I realized that people were happy despite how small what we gave them. I am very happy with the response I have received from the people in the community and that has given us the confidence to do more,” she said.

She commended the community for their support to the club over the years.

“The people of Dansoman made us who we are, without the community we cannot boast of what we have, especially the great talents we have nurtured.”

She mentioned Derrick Boateng, Michael Essien and Asamoah Gyan as some of the great talents the Dansoman community has produced for the nation.

“We urge them to continue supporting us to grow bigger because we are here with them,” she said.

The ‘Scientific Soccer Lads’ are currently placed 12th on the 2020-2021 Ghana Premiere League after six games. Touching on this Ms Ansong assured that the team will turn around its performance when the league resume from Christmas.

“I think we have a very good team. They are hardworking and with time we will surely turn things around”. 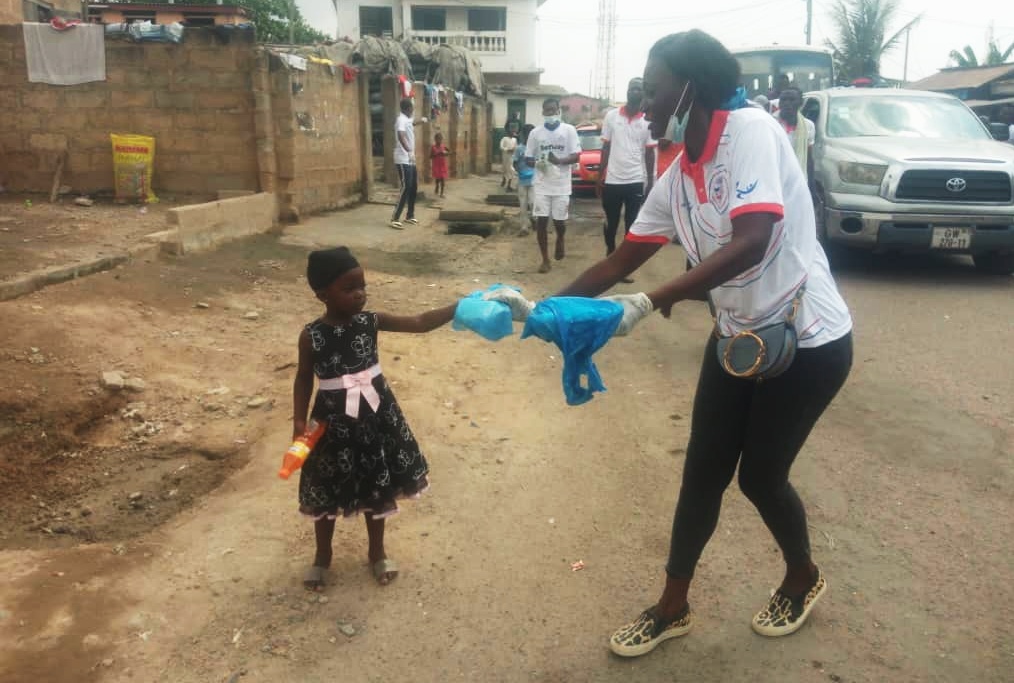