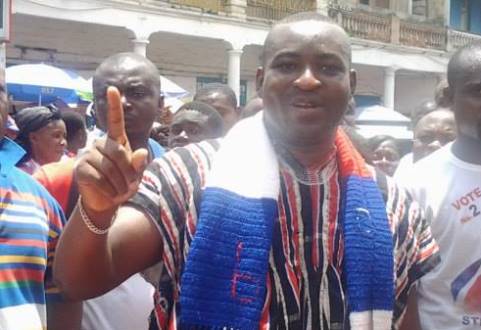 The Office of Ashanti Regional Chairman of the governing New Patriotic Party (NPP), Bernard Antwi Boasiako, popularly known as Chairman Wontumi has rejected claims that the NPP Chairman has been arrested.

A video circulating on social media suggests that Mr. Boasiako had been arrested for printing ballot papers.

But a statement from his office said the video in question occurred in 2016 when Chairman Wontumi “led the police to arrest some elements of the then ruling National Democratic Congress (NDC) who were secretly thumb printing fake ballot papers for the party at a hotel located at TUC, a suburb of Kumasi”.

The statement signed by Andy Owusu, the Special Aide to the NPP Ashanti Regional Chairman, said Chairman Wontumi is currently at Ejura canvassing for votes for the ruling party thus the reports should be treated with utmost contempt it deserves”.

The attention of the  Office of the Ashanti Regional Chairman of the ruling New Patriotic Party has been drawn to a supposed video circulating on social media suggesting that our Regional Chairman, Mr. Bernard Antwi Boasiako aka Chairman Wontumi, has been arrested for allegedly printing ballot papers at a hideout in Kumasi.

We wish to unequivocally that Chairman Wontumi has not been arrested neither has he engaged in any printing of ballot papers as being speculated.

The fact of the matter is that the said incident being shared on social media by known members of the opposition National Democratic Congress happened in 2016.

It was rather Chairman Wontumi, then in opposition who led the police to discover a clandestine operation by some elements of the then ruling NDC who were secretly thumbprinting ballot papers at a Hotel located at TUC, a suburb of Kumasi.

We therefore urge the public to treat the information with utmost contempt it deserves.

Our Regional Chairman is currently at Ejura canvassing for votes for the ruling party.

Fact-check: John Mahama was not featured on Guardian newspaper’s frontpage over Airbus scandal