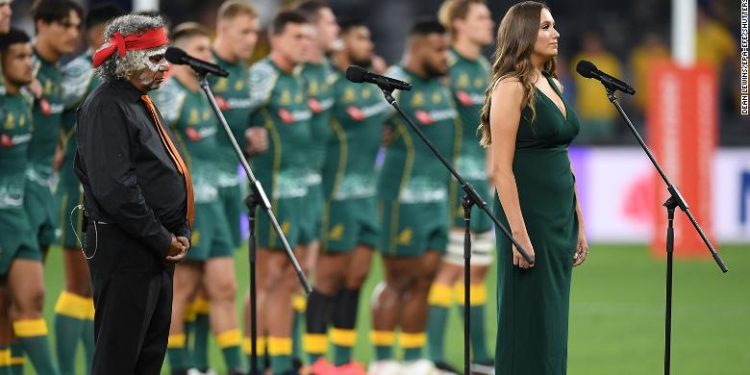 Australians will sing a different version of their national anthem from 1 January after Prime Minister Scott Morrison announced a change to the words on Thursday.

The anthem will no longer refer to Australia as “young and free” in an attempt to reflect the country’s long indigenous history.

The announcement was a surprise but welcomed across the government.

Mr Morrison said he hopes the change will create a “spirit of unity”.

People inhabited Australia for tens of thousands of years before it was colonised by mostly white English settlers in the 18th Century.

The line to be removed in the anthem, which is called Advance Australia Fair, is “For we are young and free”. Instead, people will sing “For we are one and free.”

“Changing ‘young and free’ to ‘one and free’ takes nothing away, but I believe it adds much,” Prime Minister Morrison, who is a conservative, said.

“It recognises the distance we have travelled as a nation. It recognises that our national story is drawn from more than 300 national ancestries and language groups and we are the most successful multicultural nation on earth.”

He also said the change celebrated the unity Australia formed during the coronavirus pandemic.

Opposition leader Anthony Albanese commented that the country “should be proud of the fact that we have the oldest continuous civilisation on the planet right here with First Nations people”.

In recent years Australia has made greater efforts to recognise indigenous history in cultural and political events.

In December, rugby players for the national team sang the national anthem in an indigenous language for the first time. The team sang in the language of the Eora nation – a group of peoples from the Sydney area – before performing the anthem in English.