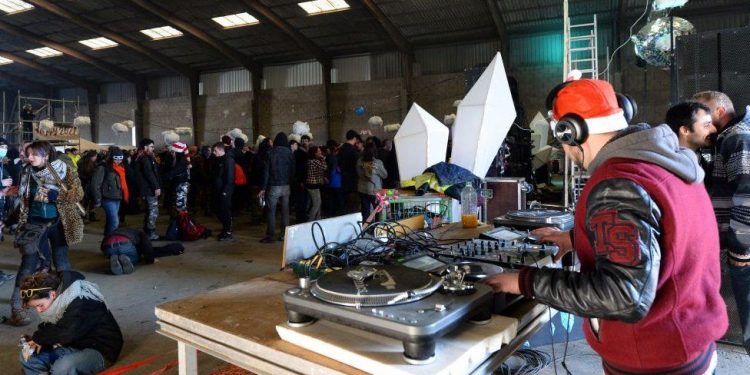 More than 2,500 people have attended an illegal rave in France, as the country continues to grapple with coronavirus.

The event, held in a warehouse at Lieuron near Rennes in Brittany, began on Thursday and is still going on.

A number of ravers are from the UK and Spain, police said.

Attendees have clashed with police, setting fire to a car and throwing objects at officers attempting to shut the event down. At least three officers have been injured.

A statement from local authorities said police had tried to “prevent this event but faced fierce hostility from many partygoers”.

One of the party-goers, who gave his name as Jo, told the AFP news agency that “very few had respected social distancing” at the event.

A number of people slept in their cars before returning to dance, Le Monde reports.

Some attendees said they were planning to stay until Sunday while others said they hoped to remain until Tuesday.

One reveller told Le Monde that the rave was “very well organised” with food stalls inside.

He said that all vehicle exits were blocked and more than 200 people had been given verbal warnings by police.

France introduced strict rules ahead of the New Year including a curfew from 20:00 until 06:00.

More than 100,000 police officers were deployed across the country to break up parties and enforce the curfew.

Officers were instructed to break up underground parties as soon as they were reported, fine participants and identify the organisers.

France has recorded more than 2.6 million coronavirus cases and 64,892 deaths since the pandemic began.

Only woman on US federal death row to face execution