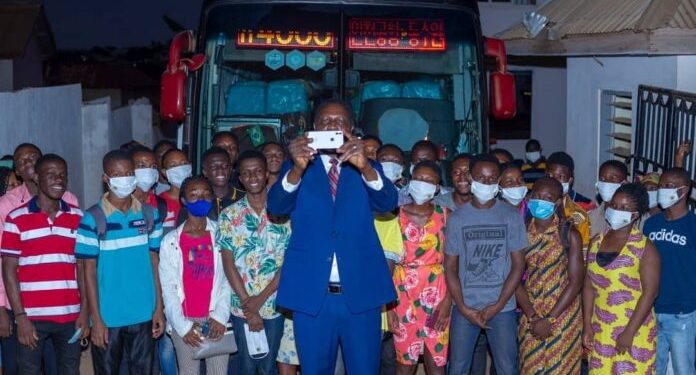 Parents of some thirty students at Bosomtwe who have been sponsored by the Member of Parliament for the area, Dr Yaw Osei Adutwum to pursue engineering programs at the university thronged the home of the former deputy minister to express their gratitude.

The grateful parents also bid farewell to their children from the home of the lawmaker who had hired a bus to convey the students to the campus of the University of Mines and Technology (UMaT), Tarkwa, where they will be undertaking their courses.

The former deputy Minister took to Facebook to announce his joy at the departure of the students.

“This morning, I bid farewell to 30 students from Bosomtwe who are on their way to the University of Mines and Technology (UMaT) at Tarkwa. They are going to pursue various courses in Engineering fully funded by me.”

“The excitement on their faces and that of the parents who had assembled in front of my Constituency Office building was palpable. Fees paid, accommodation provided and a bus ready to convey them to Tarkwa, I encouraged them to aim high, study hard, read wide and pursue success. My vision of ensuring that Bosomtwe gets 100 engineers within the next ten years is on course,” he wrote. 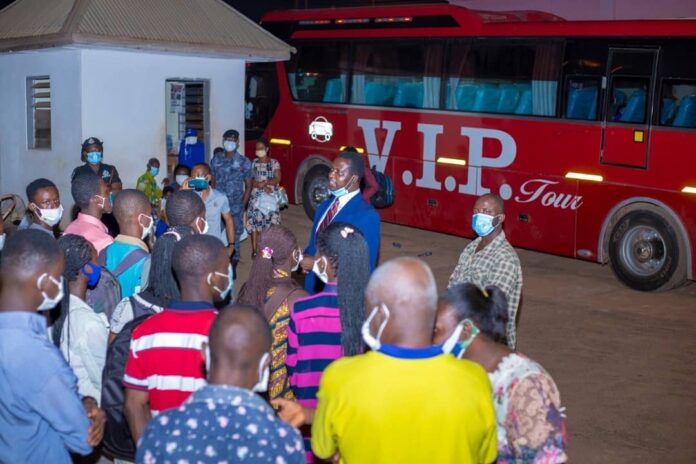 In December last year, former Deputy Education Minister Dr. Yaw Osei Adutwum announced he was sponsoring thirty engineering students from the Bosomtwe constituency at the University of Mines and Technology (UMaT), Tarkwa, in the next academic year.

According to Dr Adutwum, who has also retained his seat as Member of Parliament for the constituency, the gesture is in line with his long-held objective to obtain 100 engineers and doctors each from the constituency before he leaves Parliament.

“My office has taken care of admission, tuition and accommodation of these 30 fresh students until they complete their various courses.

“This feat is part of (an already started) strategies and processes for the fulfilment of one of my political resolutions: to get, at least, 100 engineers and doctors each from my constituency by the time I leave office as MP. It is also a way to thank the Lord for how far He has brought me, looking at my story of how I nearly could not go to Secondary school because of poverty; and to also help others that might not have the opportunity to realize their dreams and potentials if they are not given a helping hand,” he announced on Facebook.

He added: “Apart from these thirty freshly admitted, soon-to-be UMaT-trained future engineers, there are other students pursuing medicine, engineering, education, nursing and other courses at different levels of tertiary education, both local and abroad, courtesy my office”.

Mahama’s petition only complains about errors, not validity of polls – Oppong Nkrumah