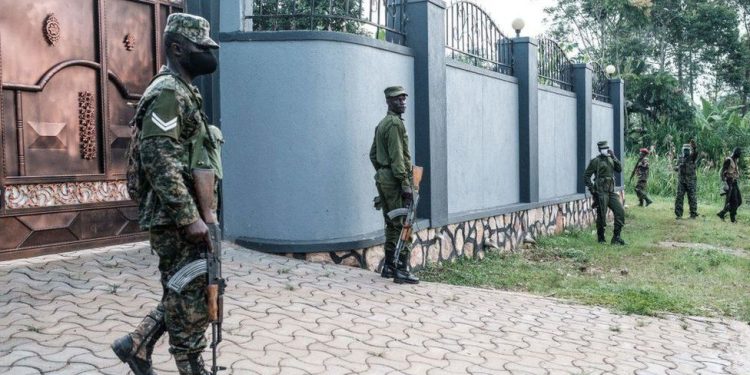 Soldiers have left the house of the Ugandan opposition leader Bobi Wine.

The state argued it needed to prevent him from organizing protests.

But the High Court has now ruled that Bobi Wine’s detention was unlawful, with Justice Micheal Elubu telling the court it was also “an infringement on his personal liberties”.

But, as we reported in an earlier post, the soldiers did not leave his house straight away after the court order.

He had not left his house in the outskirts of the capital Kampala since voting in the presidential election earlier this month, in which he was declared runner-up to President Yoweri Museveni.