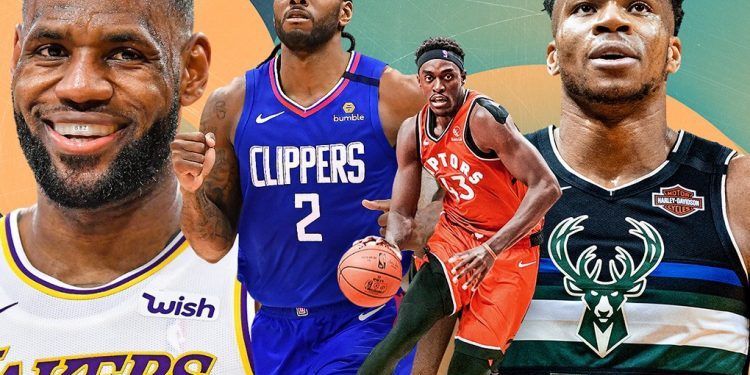 Lebron James promised and along with Anthony Davis and the rest of the cast delivered a record-equaling 17th championship in the bubble in Orlando to the Los Angeles Lakers faithful.

Fast forward and the 20/21 campaign has provided a lot of excitement, insight and surprises but ultimately the goal remains the same, the Larry O’Brien trophy.

The season has been abridged from the normal 82 game season to 72 games to cater for the inconveniences created by Covid – 19. 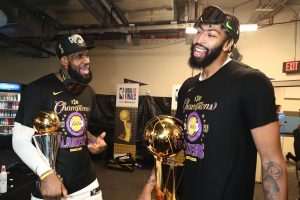 Rookie Lamelo Ball has been dishing out eye popping passes, Jerami Grant is strengthening his claim for most improved player with each passing game and De’Aaron Fox looks determined to lead the Kings to the play-offs for the first time since 2006.

Despite the clean slate offered by a new season, it is necessary to note that not all 30 teams have a realistic chance.

While some are genuine title contenders, others are positioned to compete provided they can acquire a piece or two to complement their rosters. Certain teams regardless of how you slice it remain in full rebuild mode.

From both the Eastern and the Western Conferences, teams have stepped up their efforts to dethrone Lebron and the Lakers.

After managing to put together what is statistically looking like the greatest offense ever assembled in the history of the league the Brooklyn Nets have made their way to the top of the discussion of teams capable of toppling the reigning champions. 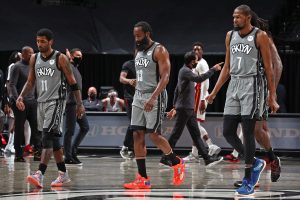 The Big 3 of Kyrie Irving, Kevin Durant and James Harden have all that it takes to emerge as the top seed in the East but their frailties on defense and their lack of rebounding will have to be addressed as a matter of emergency if this projection will come to fruition.

Like many teams in the league this season, last season’s finalists the Miami Heat have been prevented from playing their full strength side due to Covid – 19.

However, they have shown the same grit and competitive spirit that saw them peak at the right time to make a run.

The Sixers and the Bucks are also two teams that have underperformed in the postseason in recent times but after bolstering their squads with new personnel look re-energized to resume their battle for a superior seeding and also a run to the finals. 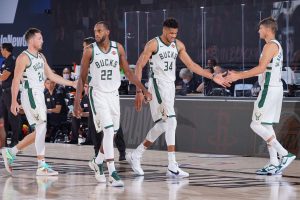 Between the Nets, the Bucks and the Sixers I strongly believe a winner of the Eastern conference and potential NBA winner will emerge.

With migration of some of the Western Conferences’ biggest stars to the East some of its potency has waned but still remains a fairly unpredictable battle ground. After losing surprisingly to the Nuggets in the conference semifinals the Clippers have started the season strongly and have a business-like attitude about them that was missing last season.

Former champions the Golden State Warriors also look set to battle it out for a place in the playoffs after missing the last edition due to an injury ravaged squad.

The tandem of Damian Lillard and CJ McCollum have tasted the Western Conference finals but not a lot of analysts fancy the Traiblazers emerging as top contenders in the West, they will have a lot of doubters to prove wrong.

With all that said patrons of Betway will get the chance to pick which teams they think will make it to the Playoffs in both the Eastern and Western Conference as well as who emerges winner of each Playoff series.

After clearing the phase of predicting the teams in the post season and winner of each series one will also be required to predict the eventual winner of the NBA Finals for a share of 50,000 GHC beginning from February 1 – 28.

Entry into the swish promotion is free.

All one has to do is visit the Betway Ghana application or website click play for free and then proceed to submit playoff picks.

You can only choose once and all submissions are final.

Winners will be announced at the end of the NBA Championship.